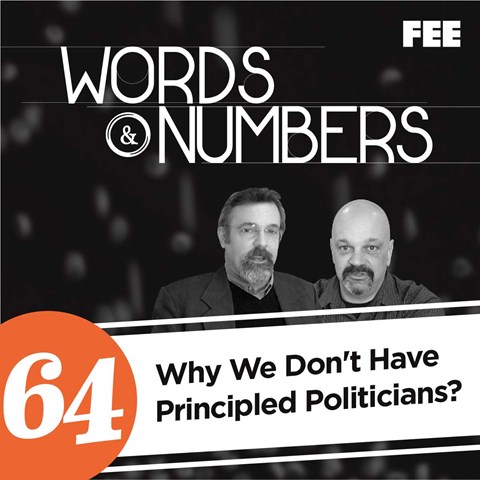 Why We Don't Have Principled Politicians?

Recently, Senator Chuck Schumer introduced a bill that would decriminalize marijuana on the federal level. He stated that the legality of marijuana should be a matter left up to individual states. This ringing endorsement of federalism might carry a little more weight if Senator Schumer hadn't spent a large part of his political career trying to micromanage Americans' behavior at the national level. Hillary Clinton is widely considered to be a staunch supporter of the LGBT community; however, she was publicly opposed to marriage equality until 2013. These are just two of the innumerable examples of politicians changing their stances on policy issues in the face of evolving public opinion. This is not a new phenomenon or exclusive to a single political party. Not only is it common for politicians to modify their positions of political principles to match changing public opinion, you'd be hard-pressed to find one who doesn't. We are dealing with political followership, not political leadership. So, what does that get us? Antony Davies and James Harrigan talk about this and more on this week's episode of Words and Numbers.