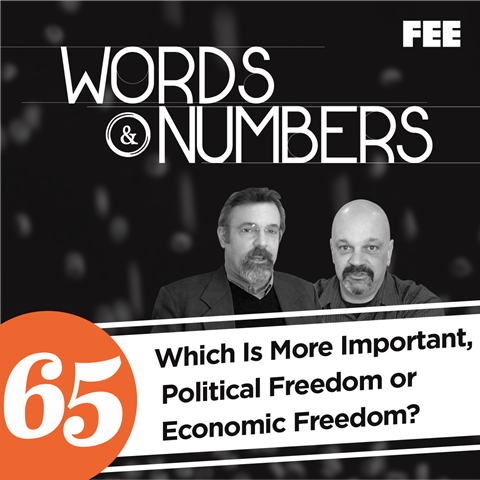 Title: Which Is More Important, Political Freedom or Economic Freedom?

We are individuals, but we're also members of society. Economics generally deals with individual action whereas politics deals with the behavior of society as a whole. Economics, as a discipline, seeks to understand, explain, and sometimes predict human behavior. Politics, on the other hand, seeks to control the behavior of society at large. When we talk about freedom, what kind of freedom are we talking about? Is it the ability to decide which goods and services we purchase and from whom without restriction? Is it being able to choose who represents our interests in government and which laws they create? And which is more important? Or is either of them? Join James Harrigan and Antony Davies as they take a deep dive into what, exactly, economics and politics actually are and what freedom in those spheres might actually mean on this week's episode of Words and Numbers.