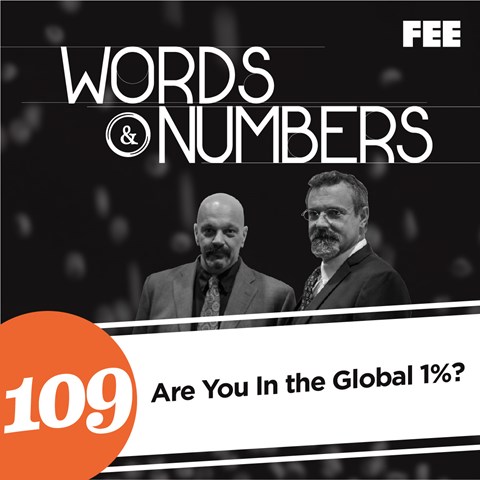 Live from Scottsdale, Arizona! James Harrigan and Antony Davies contend that the median income in the US puts Americans in the top 1 percent in the world. What does that mean? Only that these people can afford stuff that, roughly a century ago, had been considered luxuries: air conditioning, running hot and cold water, ovens, refrigerators, stainless steel, and even sweet potatoes. The standard of living for even minimum wage earners today has remarkably improved in spite of burdensome regulations, but can this trend continue? Join us this week as our hosts suss out the reasons for the improvements in worldwide wealth and search for the “Goldilocks Zone” of government intervention.

Topic of the week

Where did Alexandria Ocasio-Cortez get her sweet potatoes?

Are you a 1-percenter?

What would our GDP be if we had less unnecessary regulation?

Let us know what you think at: