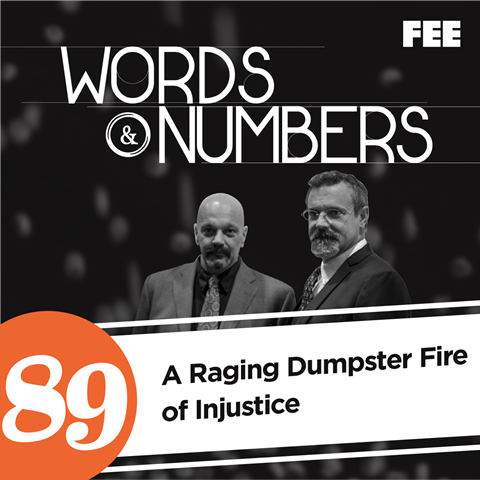 A Raging Dumpster Fire of Injustice

Canada recently legalized the possession and use of marijuana and proposed legislation to pardon those previously convicted of such “crimes.” So, it’s as good a time as any to take a look at how such things are handled in the United States. While, yes, in the majority of states, there is some provision for certain kinds of legal use of marijuana—including full legalization in a few—the fact remains that the plant itself remains completely illegal at the federal level. In aggregate, across the United States, the clearance rate—that is, of criminal cases being considered solved—for violent crimes is less than 50 percent and less than 20 percent for property crimes. In 2016, there were more arrests for marijuana possession across the country than for all violent crimes combined. And that’s just one single aspect of the American criminal “justice” system. Clark Neily of the Cato Institute, a noted criminal justice scholar, joins James Harrigan and Antony Davies as they take an unvarnished look at the state of criminal justice in the United States on this week’s episode of Words and Numbers.

Topic of the Week: Clark Neily on the imbalance of power in our judicial system