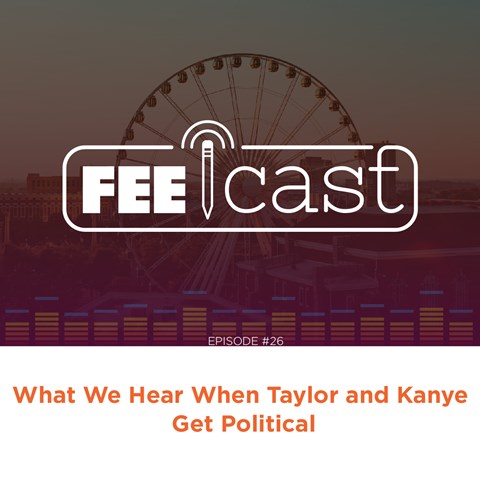 What We Hear When Taylor and Kanye Get Political

Taylor Swift recently broke her political silence by endorsing Democratic candidates and dishing out progressive buzzwords. These words were music to some ears and noise to others. Kanye West is rarely silent (as Swift knows from experience), particularly about politics these days. Kanye recently made more waves in his MAGA hat, first on SNL, then on Twitter, where he called for abolishing the 13th amendment. Where some detected a pro-slavery message, others inferred a critique of the prison system. How do our “moral taste buds” (in psychologist Jonathan Haidt’s terminology) shape the way we hear statements from across the political divide? The FEEcasters discuss!

5 Possible Reasons Incivility and Outrage Are on the Rise

How Facts Get Chosen and Minds Get Changed