The Dangerous Idea of the Greater Good

We've been living with "Hot Fuzz"-style "greater good" ourselves. 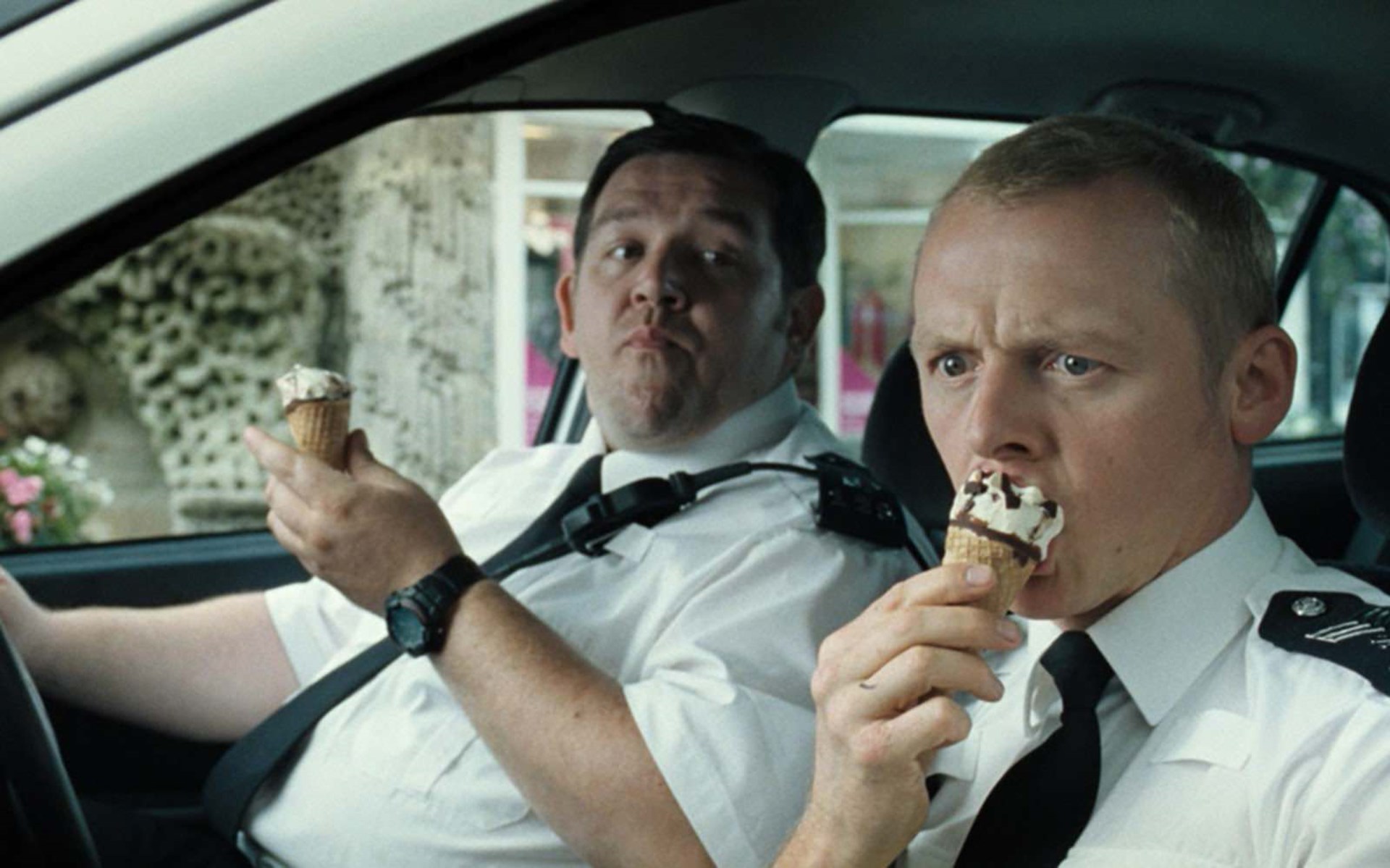 Edgar Wright's Hot Fuzz is one the greatest comedy films ever made.

Not only is it a brilliant send-up of classic action movies like Point Break and Bad Boys II, and a masterwork of writing, editing, and visual humor, it is also an incredible satirical look at what happens when some people decide they know what's best for everyone and justify their actions in the name of the “greater good."

As a result, the film raises a question few people ever stop to seriously ask: What is "the Greater Good"?

It sounds like such an intuitive idea, but it's not really that simple.

Hot Fuzz raises a question few people actually ask: What is "the Greater Good"?In Hot Fuzz, the central conflict is between London Police Sergeant Nicholas Angel and the meddlesome busybodies who control the town of Sandford, a sleepy country village that describes itself as “The Community That Cares.”

Angel is the kind of by-the-book police officer that even people skeptical of the cops would like. He's smart, cool under pressure, and extremely competent.

For Angel, what starts as a demotion to a boring new job in the middle of nowhere immediately takes a turn for the weird.

Although Sandford appears to be crime-free and continually wins the "Village of the Year" award, there's something just off about the whole place.

Yet, when mysterious "accidents" start happening to the people in town, nobody but Sergeant Angel is particularly concerned.

As Sandford's idyllic veneer falls away, Angel starts putting the pieces together.

I know what you're thinking: What does any of this have to do with the greater good?!

See, the twist is that instead of preventing crime, the Neighborhood Watch Alliance has just been killing people for decades in order to keep Sandford the way they want it to be... Defending their actions by claiming it's all for... yeah... the greater good.

Our Own History of Sandford-Style Greater Good

It's easy to see the absurdity of murdering people in the name of the greater good in a movie like Hot Fuzz because the framing is ridiculous.

But the truth is, people have rationalized all kinds of insane things for the same reasons forever.

And I'm not just talking about the sort of universally horrifying examples like what you see in communist countries where the government strips away people's property or forces them into labor camps all for the supposed benefit of "society."

There are actually plenty of major examples in the US, like the early Progressive support for eugenics and forced sterilization or the Conservative backlash against interracial and gay marriage.

And going back farther, most of the worst parts of our history – slavery and segregation, the Trail of Tears, Japanese Internment during WWII – all came with the same justification.

More often than not, the "greater good" is a reflection of what's only best for those in power.And there's a ton of laws still on the books, designed to shape society for the “greater good.”

Public dress codes, free speech zones, the FCC's censorship of TV and Radio, the Washington Wives, prostitution laws, restrictions on homeschooling and private schools, the war on drugs, eminent domain, civil asset forfeiture… Even the stuff most people think is not that bad, like occupational licensing, zoning restrictions, or anti-smoking laws are based in the same kind of technocratic utilitarian thinking.

At the core of all of this is the idea that individual people's interests and values just aren't that important.

And as long as people don't think about it too much or fight back, it all kind of works out... But it breaks down pretty quickly when someone challenges the status quo.

No society is going to be perfect and of course different communities will probably always set some rules on what people can do. But perhaps we should at least start with the presumption that everyone should be free to live their lives however they want instead of forcing society to fit our own personal preferences.

A single "greater good" for everyone might be a myth, but the good for individual people that comes from tolerating a diverse society where everyone can pursue their own interests without fear of fines, jail, or being killed?