The Foundation for Economic Education (FEE) is pleased to announce that Mr. Giancarlo Ibárgüen is the winner of the second annual Leonard E. Read Distinguished Alumni Award. The award recognizes the unique professional and personal achievements of FEE alumni who have demonstrated exceptional dedication to the cause of liberty. It is the highest honor presented to a FEE alumnus or alumna. 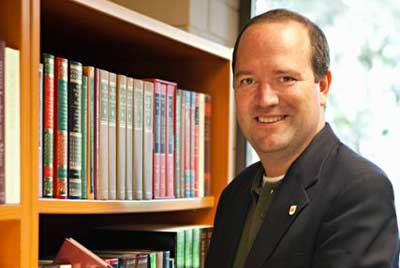 Mr. Ibárgüen attended FEE seminars twice while in his 20s–in 1985 and 1989–developing an understanding of and appreciation for the freedom philosophy. For most of his professional life, Mr. Ibárgüen has been associated with the Universidad Francisco Marroquín (UFM) in Guatemala City. UFM was founded by FEE alumnus and former trustee Manuel Ayau, with the explicit mission “to teach and disseminate the ethical, legal, and economic principles of a society of free and responsible persons.” Mr. Ibárgüen became a trustee of UFM in 1992, provost in 1995, and president in 2003.

As president of UFM from 2003 to 2013, Mr. Ibárgüen brought a remarkable commitment to entrepreneurship to the university, drawing students from across Latin America and the world. He has pioneered new approaches to formal education, including founding a nontraditional, student-directed program focused on producing creative, lifelong learners. Since 1990, Mr. Ibárgüen has served on the board of the Guatemalan think tank Centro de Estudios Económicos-Sociales. He has served as president of the Association of Private Enterprise Education, as a board member of Liberty Fund and the Philadelphia Society, and as secretary of the Mont Pelerin Society.

“Giancarlo is, to all who know him, a very special individual indeed,” said FEE President Lawrence W. Reed. “Among the many adjectives that describe him are courageous, optimistic, tireless, gracious, kind-hearted, and determined. Combine those qualities with a passion for liberty second to none and you have a man whom Leonard Read himself would be proud beyond measure to bestow this award upon. The liberty movement cannot thank Giancarlo enough for the good work he has done at Universidad Francisco Marroquín and for so many friends around the world.”

In addition to his role at UFM, Mr. Ibárgüen has contributed heavily to Guatemala’s successful telecom liberalization. He recognized the opportunity for telecom reform in the country, creating a framework for real market competition. Another of Mr. Ibárgüen’s achievements is the creation and execution of the Antigua Forum, a conference that has become the leading gathering of free market reformers globally.

“Mr. Ibárgüen’s entire working life is a reflection of his personal philosophy and his core commitment to the ideas of a free society,” said FEE Chief Operating Officer Richard N. Lorenc. “Mr. Ibárgüen represents everything we hope and expect from FEE alumni.”