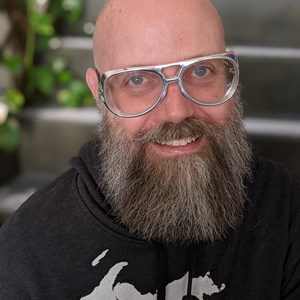 Michael Ozias (or "Oz”) is FEE's video editor. Oz caught the filmmaking bug at a young age and made films throughout childhood in Michigan. He pursued the craft professionally and has worked as an editor, animator, writer, and director. He is the director of the award-winning documentary feature films They Say It Can’t Be Done and Of Dogs and Men. He has written, directed, and edited web videos on socially relevant topics like the drug war, the legal system, and education. His work covers a broad range of styles: Documentary, narrative, live action, and animation. He holds a B.A. in Film Production from the University of Central Florida.