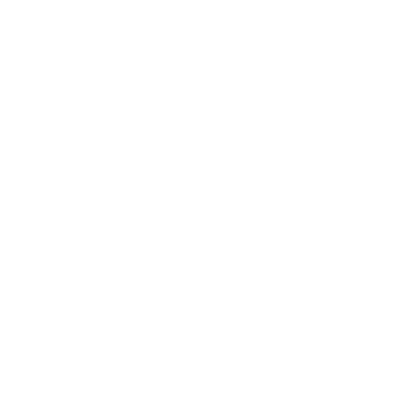 Article 2. “Without Government Schools, Most People Wouldn't Get an Education”

#26 — “Without Government Schools, Most People Wouldn't Get an Education”

(Max Borders is editor of FEE’s journal, The Freeman, and FEE’s director of content.)

Sometimes the best defense is a good offense, the old saying goes. This is one of those cases.

According to the U.S. Department of education, during the 2009-10 school year, 78.2 percent of high school students nationwide graduated on time—a notable increase from the 73.4 percent recorded in 2005–06. One might see this increase as cause for celebration. But, as The Denver Post admits, “Too many students are graduating from high school without the skills or knowledge to succeed in college or vocational training without significant remedial education.” Indeed, the Colorado Department of Higher Education finds that “They graduate, but are unprepared for the next level.”

In other words, a 22 percent dropout rate is only good news if graduates are getting value from their K-12 education. And, of course, all of this assumes that traditional government schooling is valuable for everyone.

Today’s schools have become standardized, homogenized and regimented. The unhealthy obsession with testing (coming from remote politicians and bureaucrats) drives the incentives of teachers and administrators alike. The result is a perverse factory model governed by one-size-fits-all curricula and five-year plans reminiscent of the failed central planning of now-defunct socialist regimes. Of course, such plans are at odds with local experimentation and innovation. No one has pointed this out with more passion than John Taylor Gatto (former New York State Teacher of the Year) who, in Weapons of Mass Instruction, writes:

The frequent ceremonies of useless testing—preparation, administration, recovery—convert forced schooling into a travesty of what education should be; they drain hundreds of millions of days yearly from what might otherwise be productive pursuits; they divert tens of billions of cash resources into private pockets. The next effect of standardized testing is to reduce our national wealth in future generations, by suffocating imagination and intellect, while enhancing wealth for a few in the present. This occurs as a byproduct of “scientifically” ranking the tested so they can be, supposedly, classified efficiently as human resources.

All this standardization—from the Common Core to the CAT—benefits special interests at the expense of young people. The result is a “tail wagging the entire monster of forced institutional schooling.”

Progressives have always dreamed of forcing students into government education. During the 1920s, for instance, Oregon Progressives passed a law that would have required every student to attend a government school. The Supreme Court in Pierce v. Society of Sisters struck that law down. But what might education look like today had they succeeded?

Early Progressives give us shockingly clear and frightening glimpses into what they envisioned. Government education, they argued, is meant to serve the government far more than it’s intended to serve the students. Consider this extended passage from George H. Smith’s article, “The Roots of State Education”:

Systems of public education, declared an Illinois superintendent of schools, should be “conceived, designed, and carried out with direct and persistent reference to the maintenance and stability of the existing political order of the government.” A New Hampshire superintendent of public instruction argued that it is proper for government to provide education “when the instinct of self-preservation shall demand it.” A U.S. commissioner of education maintained that the individual “owes all that is distinctly human to the state” and that government education is “a means of preservation of the state.” The government should provide education, echoed a California superintendent, “as an act of self-preservation”; children “belong not to the parents but to the State, to society, to the country.”

Similar reasoning carried into the twentieth century. According to a 1914 bulletin of the U.S Bureau of Education, “The public schools exist primarily for the benefit of the State rather than for the benefit of the individual.” This is the logic that justified compulsory attendance laws. As the New Hampshire Supreme Court put it in 1902:

“Free schooling…is not so much a right granted to pupils as a duty imposed upon them for the public good. If they do not voluntarily attend the schools provided for them for the public good, they may be compelled to do so. While most people regard the public schools as the means of great advantage to the pupils, the fact is too often overlooked that they are governmental means of protecting the state from consequences of an ignorant and incompetent citizenship.”

Perhaps the most chilling description of the role of state education came from the influential progressive sociologist Edward Ross (1866-1951):

“To collect little plastic lumps of human dough from private households and shape them on the social kneading board, exhibits a faith in the power of suggestion which few people ever attain to. And so it happens that the role of the schoolmaster is just beginning.”

Today such efforts take other less overt forms and less candid rhetoric, including tax and regulatory policies that hamstring private efforts and claims that “it takes a village” to raise or educate a child. And the college admissions complex routinely colludes with government schools to make college dependent on standardization and testing. Progressives flock to standards boards, of course, in order to be architects of a great inculcation.

There is nothing wrong with testing per se. Some schools use it as a means to determine whether students are learning. But testing is increasingly being used as an instrument of control. Government-school functionaries—while enforcing certain views on environmental policy, multiculturalism and "tolerance" issues—are often hostile to various forms of religious expression—which is explicitly protected in the Bill of Rights. Even if one agrees that religious indoctrination has no place in the public classroom, schools increasingly mute such expression, and tamp down certain kinds of discourse in favor of other types (such as the illiberal bromides of “social justice”).

By contrast, in a robust system of private education, schools try different methods and modes. Some will “follow the child” as Maria Montessori did, in order to reinforce children’s strengths and passions. Others will try gamification and interactive learning; still others will try apprenticeships, project-based learning, or self-guided learning (autodidacticism). All of this experimentation gives rise to innovations that eventually become best practices. And none of these best practices need to be determined by school boards or central committees. Great methods and modes in education are emergent phenomena. And these methods and modes will work better with some kids than others.

In the absence of experimentation, however, many schools are little better than daycare facilities. As educators are paid to teach to the test, they become part of a system in which everyone is rewarded to push the lever and get the pellet. Real learning—the kind which comes from aligning a child’s natural curiosity with the wonders of the world—gets lost as children spend hours sitting still, paying attention and regurgitating curriculum. If kids aren’t learning at schools, then they are merely being warehoused so that parents can work and the State can track their whereabouts. In such a system the State comes to think of itself as a child’s parent for many hours of the day. As MSNBC host Melissa Harris-Perry famously said: “We have to break through our kind of private idea that kids belong to their parents or kids belong to their families and recognize that kids belong to whole communities.”

Like many public school advocates, Harris-Perry conflates community with the State. Community is not something that can be fashioned by elites or simply coerced into being. It is the product of intertwining commitments, built by free people and held together by invisible bonds—bonds of love, charity, and trust. So, yes, communities can certainly participate in the development of children, but it’s not clear that government institutions pass any meaningful test of community.

Finally, some forms of education are best gotten outside the schools. Not every person is a good fit for college. Likewise, not every student needs to have a formal, academic K–12 education. I realize this will be a controversial claim for many. But when considering different tracks for different students, we have constantly to ask: “What are the available alternatives?” Sadly, the answer for many is too narrow. By default children are placed in environments in which they cannot flourish—to be supervised by people who find no passion in reading from a script. Teachers act as managers on a factory floor, with children turned out on a conveyor belt.

When teachers are free to act as guides on quests—as opposed to proctors of tests—teachers and parents can see whether a student is missing certain educational milestones, or is demonstrating passion and aptitude in non-academic areas, such as art, design, building, business or even information technology. Knowing how to help children flourish isn’t easy. But one thing’s clear: there is a difference between education designed to get children to serve some ideal and education that helps children to become captains of their own lives.

Some students do okay in the status quo and the finest test takers form a cognitive elite that stands to inherit the few spots in those great, bloated guilds we call universities. Others not cut out for formal academics are stifled in cultivating any of a thousand talents. At least they’re not out committing crimes, we’re told.

Leaving aside debates about the best means of evaluation, suffice it to say each individual is unique. He or she will come with unique gifts. And yet the entire premise of government schools—at least as they are currently offered—is to treat people as statistical abstractions. Their interests and aspirations are viewed as secondary to their ability to tolerate and navigate an increasingly byzantine system. Their dynamic minds are treated as buckets into which the thin gruel of State curricula must be poured.

It’s time we embraced a new educational paradigm, one marked not so much by standardization and centralization, but by experimentation and innovation. Academic high-performers will gravitate to what ignites their minds. Non-academic students will discover activities that get them out of bed every day. Even the most disadvantaged children among us would benefit more from creative arrangements such as work-study, apprenticeships, and other alternative forms of education that allow them actually to participate in community.

The next time you hear someone say that the government schools are necessary for everyone to get an education, ask them how much longer we’ll have to wait.

“Dissatisfaction Guaranteed and No Money Back” by Lawrence W. Reed: http://tinyurl.com/q5ze6d8

“The Origins of the Public School” by Robert P. Murphy: http://tinyurl.com/plr9ql9

3. Schooling Was for the Industrial Era, Unschooling Is for the Future