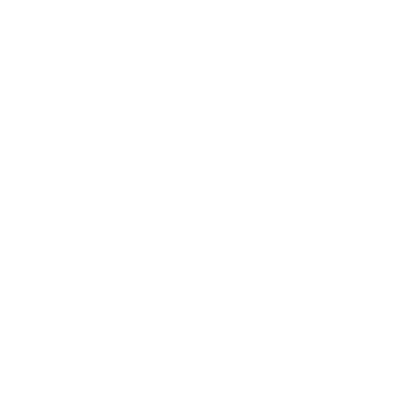 Take This Job and Shove It, at the Margin

Article 1. Take This Job and Shove It, at the Margin

Many believe that pay is overemphasized and much too unequal in market economies. Supposedly, most people enjoy working, and so while they have to be paid to survive comfortably, they don’t have to be bribed with bonuses tied to performance to do a good job. Indeed, psychological experiments indicate that the intrinsic interest people have in doing a task declines when they are paid for doing it.

And why the large differences in the amounts different people are paid? Since people enjoy working, big pay differences aren’t needed to overcome the unpleasantness of working, at least not in most jobs. Anyway, how can you explain that people who have the most enjoyable jobs (such as professional athletes, successful entertainers, and corporate executives) typically receive far larger incomes than those who have the least enjoyable jobs (such as custodians, trash collectors, and coal miners)? Also, the argument continues, pay differentials reduce productivity by shifting the emphasis in the workplace from cooperation to competition.

Those arguments can be persuasive at first glance, as they are in a very readable book by Alfie Kohn.[1] But the case is seen to be seriously flawed when examined with an understanding of basic economic concepts, such as marginalism.

Economists are often criticized for assuming that workers have to be paid because people like leisure and dislike work. For example, Kohn (p. 131) claims, “Economists have it wrong if they think of work as a ‘disutility’ . . . something unpleasant that we must do in order to be able to buy what we need, merely as a means to an end.” In fact, economists have no problem admitting that most people enjoy their work. But they also recognize some other important considerations regarding work.[2]

If a person enjoys one job, he will also enjoy others. So what job should he take? Clearly his preferences for the type of work he most enjoys should be considered. But so should the preferences of consumers who will value the contribution of a worker more in some jobs than in others. Fortunately, consumers can communicate their preferences effectively through their purchases, which translate into greater demand and higher incomes for workers who produce the most valued products. This communication would be censored by government policies that arbitrarily reduced the pay differentials generated in labor markets. Such censorship would reduce not only the value of what workers produce, but their freedom. Workers can be allowed to choose a job that is less productive, but more enjoyable, only when they are held accountable through lower pay for the reduction in value created for consumers.

In the psychological experiments cited by Kohn that show interest in performing a task declining when people are paid, it makes little difference what tasks are being performed. In the economy, attracting workers into the right jobs is crucial and requires pay differentials that critics like Kohn find objectionable. Even if the pay differentials generated by the market do reduce the performance of workers (a doubtful proposition, as we are about to see), it is better having people working at less than full capacity at valuable tasks than at full capacity at useless tasks.

Economists also recognize that while people generally enjoy their work in total, most jobs are a pain at the margin. Even if you get tremendous satisfaction from your job, the marginal satisfaction can be very low, in fact negative. Well before the work day is over, most of us are tired of the grind and would love to leave work early and do something else. We would like to tell the boss, “Take this job and shove it, at the margin.” People put in eight hours of diligent effort because there is a financial inducement to do so.

In fact, the ability of consumers to communicate their preferences to workers through differential pay acts to guarantee that workers receive marginal “disutility” from their jobs. The value a worker is contributing to consumers by remaining on the job is positive even though the marginal value he receives from working longer has declined to zero and is about to become negative. Since consumers can communicate through additional pay that the value to them is greater than his cost of staying on the job, he continues working. The additional pay compensates him for the marginal “disutility” of working as long as that disutility is less than the marginal value he is creating.

Even popular entertainers and athletes, who receive enormous total satisfaction from their jobs, perform in late-night shows, take road trips, and put in extra hours rehearsing and practicing when they would rather be doing something else. But because their performance is valued so highly by consumers who communicate that value with extremely lucrative compensation, they put in the extra hours.

I am not claiming that compensation is always tied directly to worker output. That is not always practical. But even when employees are being paid about the same, even though some are better workers than others, long-term considerations can still connect pay to performance. Those who miss too much work are dismissed; less productive workers are more likely to be laid off in business downturns; and more productive workers are more likely to be given better work schedules and promoted. Responding to consumers effectively requires that firms have compensation arrangements that, over time, connect pay to contribution.

Obviously cooperation is important in the workplace. But few things can reduce cooperation more than the perception that compensation isn’t tied to contribution. There is a strong temptation for workers to shirk, at the margin (and it can be a wide margin), even when they enjoy their jobs, if they don’t see a financial reward for diligent effort. Even assuming that most workers were willing to put in a full day of responsible work without the incentive of pay, a few will always take advantage of the opportunity to shirk if there is no penalty. This will be noticed by the dependable workers, who find their effort harder and less productive because of the shirking of the few, and who will begin to feel like suckers since they are receiving no more than the slackers. So a few more will decide it is better to be a shirker than a sucker, increasing the temptation of the rest to slack off. The result is a destructive cycle of shirking that undermines productive cooperation among workers.

I am not arguing that money is the only thing that motivates workers. Also important are such things as respect from supervisors, an uplifting sense of mission, and a feeling of comradeship. But the effectiveness of these considerations will soon crumble without a reasonable connection between pay and performance.

Take This Job and Shove It, at the Margin