Why Your Favorite YouTuber Probably Hasn't Been #Canceled

Cancel culture has gone too far, but it could be a lot worse. 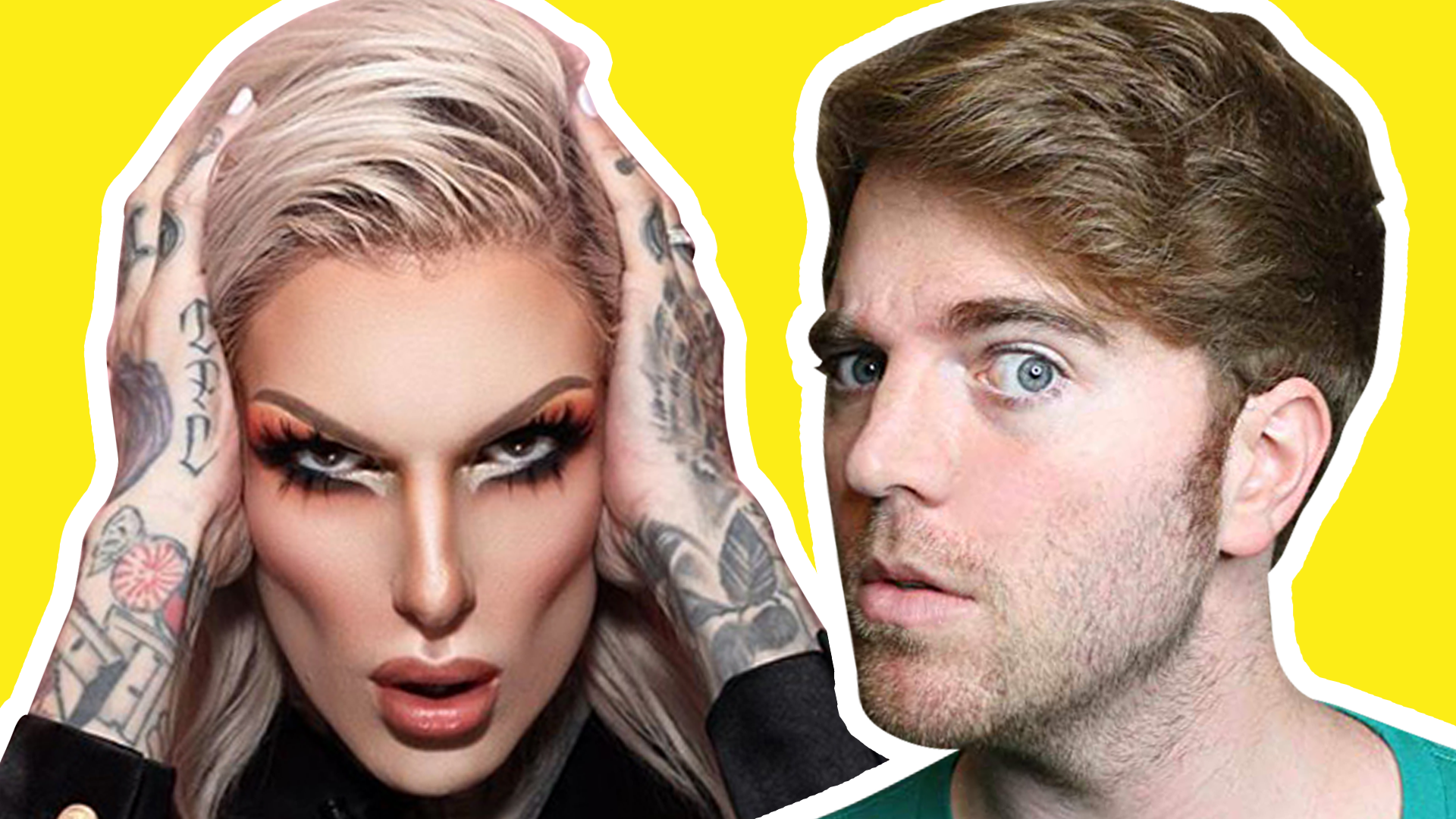 YouTube stars Jeffree Star and Shane Dawson have joined forces to release a makeup line called the Conspiracy Collection. In a mere 30 minutes, the duo sold one million palettes of eyeshadow. The demand was so huge, it crashed Shopify for several hours.

Star and Dawson seem to be riding high, which is especially remarkable since they have both gone through potentially career-ending controversies. Star has been caught on video using racist language, and Dawson has been accused of cruelty to animals.

YouTube celebs get caught up in scandals a lot. PewDiePie, Logan Paul, Philip De Franco, and many more have run the internet's gauntlet of shame. Whether you've double-crossed a friend a la James Charles and Tati Westbrook, or you've ripped off your fans a la TanaCon, the cancel cops will find you.

And it goes way beyond YouTube. Cancel culture has taken root in almost every public arena, from show business to academia. It has even seeped into private life. Do you ever feel super-self-conscious whenever conversation touches upon a sensitive subject? Like you're walking on eggshells? Like a single mistake in word choice will cause offense or draw condemnation? Then you've experienced wokeness run amok.

Cancel culture becomes oppression when it descends into fanaticism, paranoia, and censorship.

For many activists, criticism isn't enough. There must be real consequences. And the biggest prize is the target's livelihood: to get them fired, deplatformed, or otherwise canceled.

In a sense, cancel culture is nothing new, and is actually essential. All communities need norms. And an essential way to enforce norms has always been to denounce ("call out") norm-breakers, or even to ostracize ("cancel") them in extreme cases. Some of the YouTubers mentioned above deserved to be called out for what they said or did.

But it can go too far. Cancel culture becomes oppression when it descends into fanaticism, paranoia, and censorship.

And there does seem to be a growing weariness with wokeness. Dave Chapelle pushed back hard against cancel culture in his Netflix special "Sticks and Stones." He caught flak for it, but he has also since been awarded the Mark Twain Prize for American Humor.

And Barack Obama recently called out call-out culture, when he said:

I do get a sense sometimes now among certain young people, and this is accelerated by social media, there is this sense sometimes of: “The way of me making change is to be as judgmental as possible about other people, and that's enough." Like, if I tweet or hashtag about how you didn't do something right or used the wrong verb, then I can sit back and feel pretty good about myself because “man, you see how woke I was. I called you out.” (…) That's not activism. That's not bringing about change.

One thing worth appreciating is that our cancel culture could be a lot worse. After all, none of the YouTubers listed above have been canceled permanently. They've been chastised. Some have apologized. Some have changed their ways. But they all bounced back. They all still have millions of fans, and many have millions of dollars, too.

If you're one of those fans—if you get a lot of entertainment, value, or even inspiration from any of them—you might especially appreciate the fact that, in spite of their imperfections, your favorite YouTuber can still put out content and merch.

And you know what we have to thank for that? Freedom of speech.

Canceled by the State

Freedom of speech has faded in popularity lately. Many see it as an unjust defense of hate speech and political lies. But "call-out/cancel culture" would be much worse without it.

When the government can decide what is unacceptable speech and can enforce that decision with physical violence, calling someone out, or getting them canceled, takes on a whole new meaning.

China doesn't have freedom of speech, and this has many ramifications for its people. For example, the government of China is encouraging university students to report (call out) their professors for expressions of dissent. Such reports have resulted in many professors being fired or suspended (canceled). The New York Times recently interviewed one of many student informers in China:

With a neon-red backpack and white Adidas shoes, he looks like any other undergraduate on the campus of Sichuan University in southwestern China.

But Peng Wei, a 21-year-old chemistry major, has a special mission: He is both student and spy.

Mr. Peng is one of a growing number of "student information officers" who keep tabs on their professors' ideological views. They are there to help root out teachers who show any sign of disloyalty to President Xi Jinping and the ruling Communist Party.

"It's our duty to make sure that the learning environment is pure," Mr. Peng said, "and that professors are following the rules."

This is a throwback to China's Cultural Revolution of the 1960s and 70s, when the government of Mao Zedong encouraged students to not only inform on their teachers, but to ritually humiliate any who were not ideologically pure.

How about canceling YouTubers? The Chinese government has canceled all of YouTube for China's entire population of 1.4 billion. China also has a habit of "canceling" foreign creators and media over messages it disapproves of.

Free speech was also absent in communist East Germany. Like China, the East German secret police (the Stasi) encouraged ordinary citizens to become informers: to call out their neighbors, friends, even family for any speech that betrayed ideological impurity or disloyalty. This created what has been called "a culture of denunciation." The East German government weaponized "call-out culture" against its own people. As Wendy McElroy wrote:

The Stasi had eyes and ears everywhere, so that people did not speak in the streets; they whispered in their own homes and were wary of speaking freely to family or friends. To contradict the state was treason, for which a person could be imprisoned and tortured in order to produce more names. Sometimes people were executed.

During the lifespan of the communist regime in East Germany [1949–1990] it is estimated from existing archival material that there were up to 500,000 informers active at various times. Or more starkly one in 30 of the population had worked for the Stasi by the fall of the GDR.

If you feel self-conscious about what you say and write now, imagine what it was like in East Germany: when one in 30 of your fellow citizens is an informer looking out for a reason to "call you out" to the secret police; when being "canceled" for saying the wrong thing could get you arrested and worse.

Imagine how boring YouTube would be under oppression like that, if it was allowed to exist at all.

Without freedom of speech, once the government decides you're canceled: end of story. But in a free society, even if you're called out or canceled by an internet outrage mob, there's room for debate, apologies, pushback, forgiveness, learning, and growth on all sides. See, for example, these YouTuber tweets.

I made my video today NOT to start a war, but to take responsibility for my actions & clear my name. There ARE two sides to every story, & now you’ve heard both. I’m sure more will be said, but I’m moving on. You can form your opinions, but PLEASE do not send any hate to anyone.

i love u @shanedawson... like family. i know where you’re hearts at & what you would and wouldn’t do. seeing how much you’ve grown from your past is the biggest inspiration to me.. here’s to every 6 months when they wanna cancel u for JOKES you’ve APOLOGIZED for & grown from.🙄❤️

Freedom of speech is messy, but it works and we need it. Don't give it up.