The yellow vests may be protesting a tax hike, but not because they believe in any type of limited government. 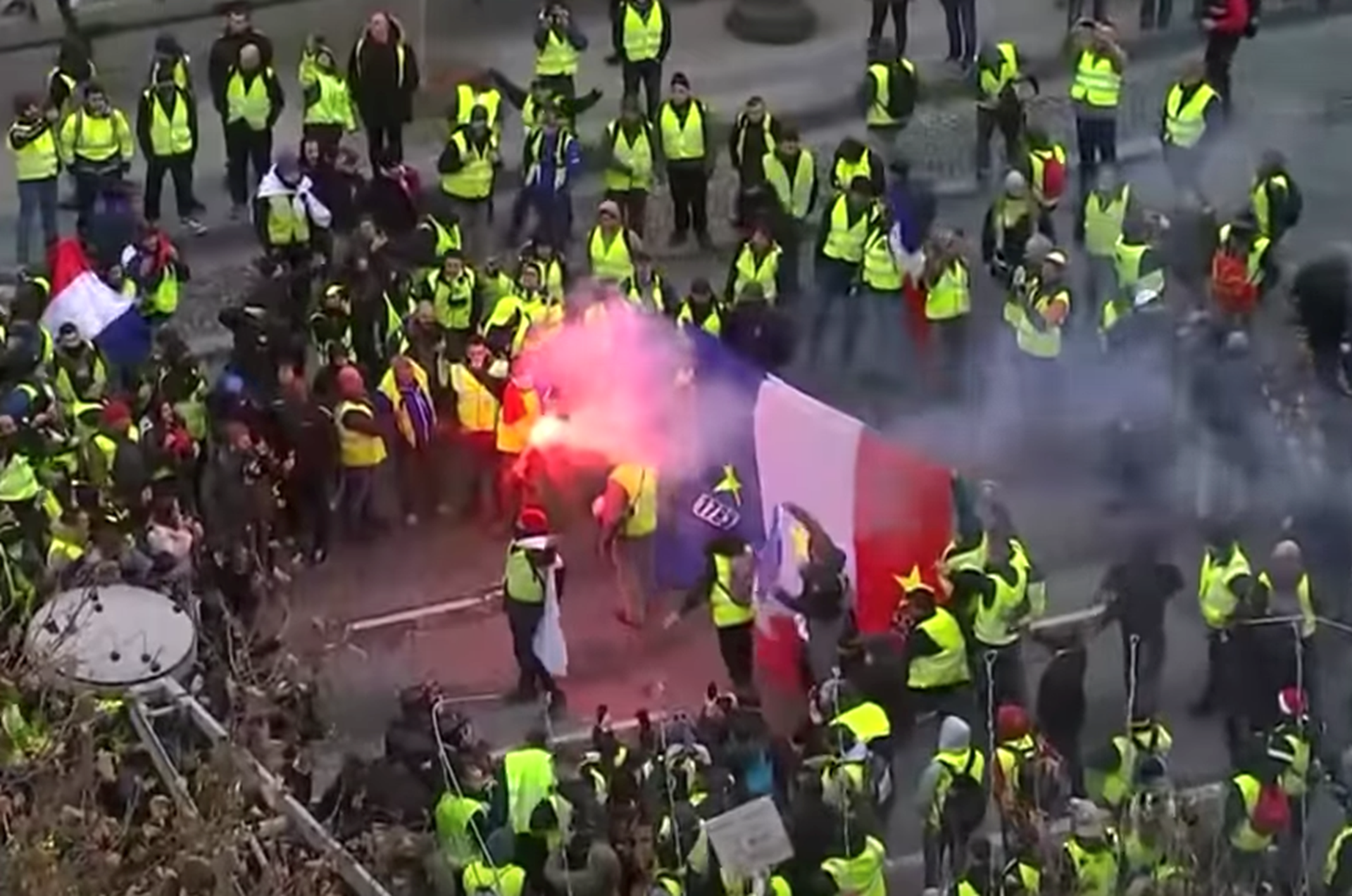 “Victoire.” From many standpoints, France’s yellow vest protests have been the most successful of their kind in decades. This is because they directly achieved the scrapping of a specific political measure. For many protests, we could attribute some sort of effect to their chants and drums, but we also presume it was just the last drop that pushed political leaders to reverse their position.

This time it’s different: The French government under President Emmanuel Macron was dead set on a dramatic hike of gasoline taxes. In fact, Macron has been lecturing and pressuring world leaders on the adoption of the Paris Climate Accord, which he wants to be a unanimous success. This demonstrates France’s commitment to radical environmental legislation, yet it is absolutely clear that the people of France don’t share the same sentiment.

Named after the yellow safety vests they wear, which are mandatory in French vehicles, the “gilets jaunes” (yellow vests) have been taking to the streets to oppose the measure. They block motorways and conduct violent riots, which have resulted in massive destruction. The protests have taken place not only in Paris but also around the country. In recent polls, 68% of French people support their cause. As a result, Prime Minister Edouard Philippe announced he would suspend the measure for six months. After that, the yellow vests announced another large protest, wherein President Macron decided to suspend the tax hike entirely.

The yellow vests won, but this is not the end of the story.

Not Done by a Long Shot

Amercian audiences will probably wonder why the protesters don’t just pack their yellow vests and drive home given the achievement of their goal. However, that is a misunderstanding of the situation.

The yellow vests may be protesting a tax hike, but not because they believe in any type of limited government. In fact, quite the opposite is the case.

France is burdened by people who run to the state to solve their problems. One of the signs featured in French newspapers reads “Macron nourrit ton peuple” (“Macron, feed your people”). What better way to illustrate a populace completely dependent on the political class to watch over them? In France, government spending comprises over half of GDP, welfare spending is out of control, and nobody wants to cut spending in any meaningful way. The yellow vests may be protesting a tax hike, but not because they believe in any type of limited government. In fact, quite the opposite is the case.

In an official statement, the yellow vests published their demands. They include:

The only suggestion that would reduce public spending in any way is a call to reduce the salaries of elected officials, but it’s doubtful that will have any effect on the affordability of the aforementioned measures.

The yellow vests are now considering establishing a political party and continuing their protests until the government resigns. With Macron’s approval rating lower than any French president at this point in their presidency, the yellow vests are definitely having a strong influence on a weak political power.

France’s political extremes are taken by surprise: neither the far-left nor the far-right have been able to greatly capitalize on the yellow vest movement. It is entirely apolitical, even though its demands, much like the far-left and the far-right, will increase government spending.

Is There a Way out?

If the current movement continues, the yellow vests will become one of the most successful leaderless and apolitical initiatives in the République of this century. However, they suggest no workable solution for France’s problems, which are characterized by chronic overspending and the inability to reform. In fact, Macron himself described France as being “unreformable.”

The only popular way of going about political change in Paris is to increase the size of government, leading to the almost inevitable bankruptcy of France.

Indeed, whoever takes a deeper look at France and the course of its political reforms—or rather non-reforms—can only become a cynic when it comes to the future of the country. Every minor change is met with large-scale protests and riots, no matter if it raises taxes (unless it increases them on the rich or on companies), decreases taxes, or decreases the size of government. All changes are almost unanimously opposed. The only popular way of going about political change in Paris is to increase the size of government, leading to the almost inevitable bankruptcy of France.

So yes, the yellow vests achieved a victory against the tax hike. However, if the people leading this protest are the ones to influence French politics for years to come, we can only expect a very grim future.