Stories don't need to be realistic to be great.

After binge-eating Thanksgiving dinner and leftovers, you might be up for some binge-watching this holiday weekend. You have a cornucopia of choices, depending on your streaming service of choice. For example, if you’re on the new Disney+, you could feast on the Marvel Cinematic Universe (MCU).

But would that be the cinematic equivalent of gorging on empty-calorie junk food? According to recent remarks by iconic director Martin Scorsese, the Marvel movies don’t even qualify as cinema, which would make them more akin to quasi-food products like SNL’s “Almost Pizza.” 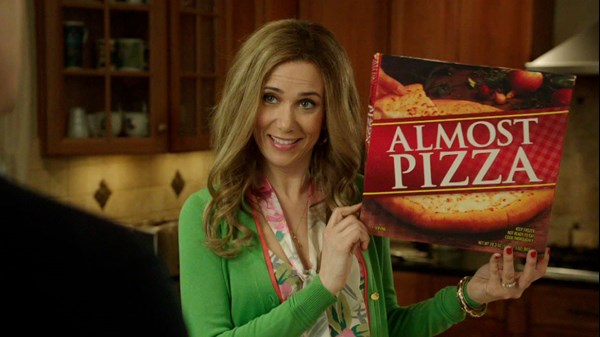 Should you dine on something more nutritious instead? If you have a Netflix password, you could stream Scorsese’s latest work. The Irishman is, according to Wikipedia, an “epic crime film” that, at three and a half hours, would qualify as a standalone binge-watch. Presumably it should have the essential cinematic ingredients that Scorsese finds missing in Marvel’s fare.

Which is the better choice?

I recently rewatched all 23 interconnected movies of the MCU, which Marvel calls “the Infinity Saga.” I also watched The Irishman on the day of its release, right before Thanksgiving. Pound-for-pound, for my palette, Marvel’s epic is vastly better than Scorsese’s. I would also argue that it not only tastes better, but it is better for you.

Admittedly, I’m biased. I read superhero comics growing up. If you didn’t, or if Francis Ford Coppola’s wonderful film The Godfather was deeply formative for you, but not Richard Donner’s Superman (a childhood favorite of mine), than The Irishman may suit your taste better.

I would simply insist that if you choose to enjoy Marvel’s megafranchise, you shouldn’t feel ashamed or “low-brow.” The MCU is not a guilty indulgence, but its own kind of culinary masterpiece.

Moreover, The Irishman is not necessarily high cuisine. For me it was more like a pretentious microwave dinner, like Healthy Choice’s Beef Merlot, containing reheated mafia tropes that miss the flavors and nutrients of earlier classics.

The Irishman isn’t all bad. It has things to say about friendship, fatherhood, loyalty, and morality that are of some value. But ultimately it fails by Scorsese’s own standards. In his critique of Marvel in The New York Times, he wrote:

For me, for the filmmakers I came to love and respect, for my friends who started making movies around the same time that I did, cinema was about revelation — aesthetic, emotional and spiritual revelation. It was about characters — the complexity of people and their contradictory and sometimes paradoxical natures, the way they can hurt one another and love one another and suddenly come face to face with themselves.

Cinema, then, is about revelation and character depth. I’m no movie expert, but I can go along with that. Yet try as I might, I could find little of either in The Irishman.

Take the protagonist Frank Sheeran, played by Robert De Niro. This is his character arc, such as it is (mild spoilers below):

Not once did the character experience any profound revelation or come “face to face” with himself. At most, he mumbles a grudging expression of regret. Far from being “complex,” “contradictory,” or “paradoxical,” Frank proves himself to be a consistent lifelong sociopath who only rarely manifests the faintest flicker of human decency.

With such a dreary character study grinding on for three and a half hours, it is no wonder I often found myself bored. Worse, I found it unenlightening. Stories of tragic heroes or antiheroes, if done well, can be unrelentingly bleak and yet fascinating and edifying at the same time. Not so with The Irishman. With such a stunted character arc, there was very little to behold or learn from in the life and times of Frank Sheeran.

Contrast that with the character arc of Tony Stark, the foremost protagonist of Marvel’s Infinity Saga, as electrically portrayed by Robert Downey, Jr. Even if you take only the first MCU movie, 2008's Iron Man directed by Jon Favreau, the character exhibits far more complexity and undergoes far more revelation than Irishman’s Frank Sheeran.

We first meet Tony as a devil-may-care playboy and cynical war-profiteer. Even his best friend rebukes him for being “constitutionally incapable of being responsible.”

While traversing a war zone, he banters with starstruck soldiers in his military escort. But then the convoy is attacked and the young troops he befriended are all slaughtered. Just before a shell detonates in his face, he sees his company’s brand—his own namesake—emblazoned on it.

He wakes up in a cave, a captive of terrorists armed with his own weapons, one of which riddled his chest with shrapnel that, upon reaching his heart, will kill him.

Faced with the prospect of imminent death followed by a bloodstained legacy, Tony rallies. He cobbles together a miniature reactor that holds the shrapnel at bay and a reactor-powered super-suit that he uses to vanquish his captors and escape.

After returning to civilization, he renounces the military industrial complex and, as Iron Man, dedicates his genius to saving the world, starting with cleaning up the messes his own weapons have made.

In Iron Man, Tony faced a profound moral reckoning. His past choices dropped a literal bomb on his life, and he could no longer mentally shrug off responsibility, because that bomb literally had his name on it. This plunged him into the underworld. But he emerged from his personal hell transformed. The irresponsible cynic had died and was reborn a super-responsible hero.

Now that is revelation. That is a character coming face-to-face with himself.

In Defense of Fantasy

Yes, it’s unrealistic in a sense, especially compared to gritty crime dramas like The Irishman. Nobody could build a working miniature reactor in a cave. And the lessons of life don’t come so neatly packaged and clearly labeled as a bomb with your name on it.

But what anti-fantasy snobs miss is that stories don’t need to be realistic to be great: to not only be entertaining, but profoundly edifying.

As in the ancient myths of gods, monsters, and legendary heroes, fantasy can free a story to be symbolic, archetypal, and more real in a deeper sense, in that it grandly conveys universal truths about the human condition.

No, you will never need to build your own superhero suit to escape a terrorist’s cave and to right your past wrongs. But you will probably have a “dark night of the soul” at some point in your life: maybe several. And the only way you will be able to dig yourself out of it is by taking up responsibility: by reckoning with your own past contributions to your present predicament and changing your future life direction accordingly.

That is the moral truth that Iron Man’s origin story speaks to. It’s a message that audiences pick up on some level, even if they can’t articulate it. And it’s a message that rings true, because it jibes with human nature, and therefore with human experience. That’s why so many find Tony’s heroic journey so thrilling, while other superhero movies (ahem, DC) with comparable pyrotechnics leave them flat.

Astoundingly, Tony Stark’s character arc continued to be fascinating and edifying throughout several films (with different creative teams) across the whole “Infinity Saga.”

Each film added new layers to Tony’s complexity. He didn’t attain perfection in that cave. Following the events in The Avengers (2012), his newfound sense of responsibility became overgrown and distorted, contributing to a debilitating case of post-traumatic stress disorder in Iron Man 3 (2013) and even disastrously warping him into a semi-tyrannical control freak in Avengers: Age of Ultron (2015) and Captain America: Civil War (2016).

But by Avengers: Endgame (2019), the climax of the Infinity Saga, his most heroic traits triumphantly returned to the fore. In that film, several character arc threads (relating to such grand themes as guilt, redemption, family, and sacrifice) that began 11 years earlier in Iron Man are tied up beautifully. It is no wonder that, as my colleague Sean Malone posted on Facebook:

…every time I went to see that film in the theaters… People cried.

They also laughed, and cheered, and booed, and gasped, and did *all* the things good art should compel an audience to do.

And for the record, as much as I love the character, Tony Stark isn’t even my favorite Avenger. I found the story of Steve Rogers (Captain America) even more emotionally and morally impactful (but that’s for another article).

Joe and Anthony Russo, the directors of Endgame as well as other MCU movies, responded trenchantly to Scorsese’s critiques in an interview with Hollywood Reporter:

“When we look at the box office [of] Avengers: Endgame, we don’t see that as a signifier of financial success, we see it as a signifier of emotional success,” says Joe of the film, which earned $2.78 billion globally. “It’s a movie that had an unprecedented impact on audiences around the world in the way that they shared that narrative and the way that they experienced it. And the emotions they felt watching it.”

Scorsese has noted that he has tried to watch a few Marvel films, but quickly abandoned them. The Russos note it’s challenging to have a dialogue about cinema if the acclaimed director hasn’t seen the films he is talking about.

The creative and commercial minds behind Marvel’s Infinity Saga have weaved a 23-film mega-story that over 11 years has brought joy, inspiration, and catharsis to millions. That is a staggering feat of cinema.

So don’t be ashamed if a superhero movie succeeds with you: if it wins over some of your time and money, if it moves you emotionally, if it inspires you to become a better person. Fantasy stories about larger-than-life heroes and adventures have been nourishing souls since the dawn of civilization.