Why the Legalized Cannabis Market Could Soon See Serious Growth

The cannabis economy is riddled with barriers to success and jumpstarting this lucrative new sector is proving itself to be far more difficult than expected. 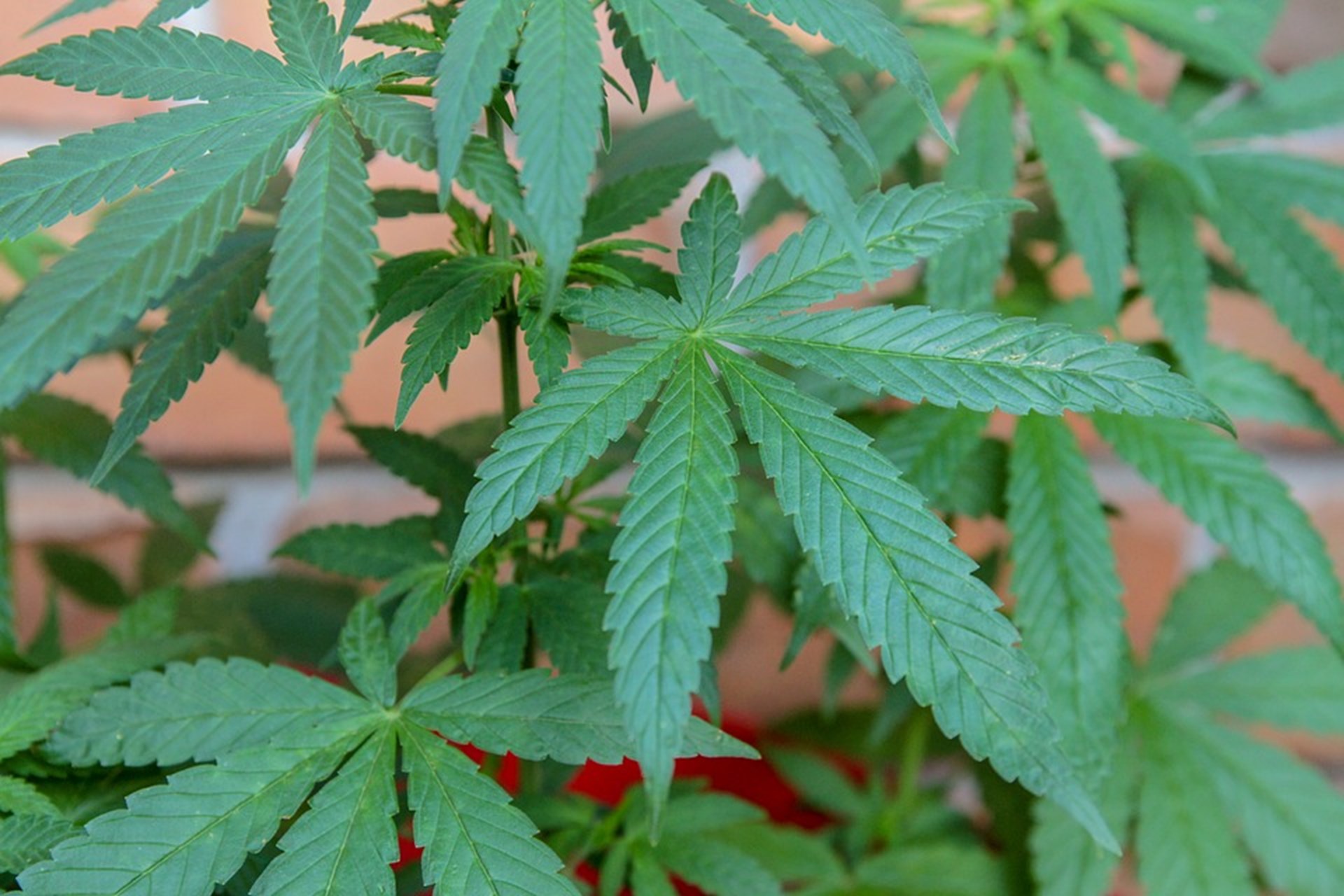 If the latest public opinion poll results can tell us anything, it’s that marijuana prohibition’s days are numbered. At this point, even those personally opposed to the use of the plant understand the importance of ending the federal ban, and not just from a criminal justice standpoint.

Since marijuana is still illegal on the federal level, traditional banking institutions have been wary to get involved with this burgeoning sector, lest they become targets of the federal government. This has created a slew of problems for cannabis entrepreneurs who have been more or less forced to run cash-only businesses. Thankfully, this colossal hurdle may soon be eradicated thanks to a new bill that just made its way out House Financial Services Committee last week.

After days of deliberation, the House Financial Services Committee’s Secure And Fair Enforcement (SAFE) Banking Act bill will advance to the rest of the House of Representatives for consideration, after receiving a vote of 45-15.

While there is no floor action set for this legislation at the moment, the bill is expected to be voted on in a few weeks and comes at a time when the end of cannabis prohibition in this country is a matter of when rather than if. In fact, House Rules Committee Chairman James McGovern believes that a vote to end federal marijuana prohibition is “weeks” away from happening, though this sentiment might be a little too optimistic considering some Republicans’ views on the matter.

In Rep. Patrick McHenry’s opening remarks, he said of the banking bill,

Most important for this committee, we need to ensure that we’re doing our due diligence before proceeding. One committee hearing is not enough to fully understand the consequences of this bill. It is a massive change in federal policy.

Sure, it might indeed be a massive change in policy, but it is one that is sorely needed. As more states and municipalities have legalized the sale of marijuana, the issue of banking has remained a prevalent concern for the sector.

As of last fall, 375 banks and 111 credit unions were currently in the legal marijuana business, and this number is expected to grow significantly as legalization continues to spread. However, 70 percent of the industry remains unbanked. While more banks are now willing to do business with cannabis companies, there is still a huge risk undertaken by these financial institutions at this point in time.

As it stands today, banks that do business with cannabis companies leave themselves open to charges of money laundering and violating federal drug laws. While it is still unclear how aggressive the federal government will be in enforcing these laws, many are not willing to find out, and it’s hard to blame them. “99% of banks don’t want to mess with them [because] there’s a lot of internal compliance if you’re going to serve the cannabis industry," says Jim Marty of Bridge West CPAs, a Colorado firm currently representing 250 cannabis companies.

Opening the Door for a Green Rush

Under the new proposed legislation, federal banking regulators would not be able to punish banking institutions for doing business with the cannabis industry, opening the door for a real green rush to occur. This is the second time a banking bill of this nature has been introduced, but unlike the last effort, which had only 95 cosponsors, the SAFE Banking Act, as it is being called, has garnered 138 bipartisan cosponsors, signaling the changing of the times.

According to Green Entrepreneur, the bill would also

Require the Financial Institutions Examination Council to develop within 180 days guidance and examination procedures for financial institutions that serve lawful cannabis businesses [and] Require federal banking regulators to issue an annual report to Congress that contains data on the availability of financial services to minority- and women-owned cannabis businesses as well as recommendations on how to expand those services.

Both the American Bankers Association and Credit Union National Association have come out in support of the bill and have said that many of their members have wanted to get involved in the industry but have been reluctant due to the discrepancies between state and federal laws. Hopefully, the SAFE Banking Act will help put these fears to rest.

Addresses an urgent public safety concern for legitimate businesses that currently have no recourse but to operate with just cash.

In theory, so long as there are consumers who demand your product, the rest should be relatively easy. But as always, when the government gets involved it’s never so simple.

While many now recognize how lucrative legal cannabis could potentially be, the sector has been held back. Within the first year of legalized recreational sales, California learned the hard way that profits are not so easy to come by when the state is taxing the industry to death. While adjustments have been proposed, this is clearly not the only obstacle standing in the way of the burgeoning sector.

Operating cash-only businesses presents major obstacles for entrepreneurs. For starters, dealing in cash only makes it increasingly harder to track the money coming in, especially when payroll and even taxes are paid out in cash. While it’s hard to find a whole lot of sympathy for the IRS, this has presented new problems for the most unliked government agency as they have been forced to pay a Virginia company $1.7 million for “large cash payments for processing cannabis federal taxes.”

Keeping cash on hand at all times also puts these companies in a position where they are extremely vulnerable to armed robberies. This has become such a huge problem in states like Colorado, Washington, and California that many business owners have been forced to morph into political activists in order to petition Congress to do something about the current banking laws.

In 2016, a security guard at a Colorado cannabis store was killed during an armed robbery. Shortly thereafter, another guard was wounded during a shootout in San Bernardino, California. But these are just two examples of a much bigger problem. Travis Mason, a 24-year-old with a wife and three children was shot in the head and killed while guarding a dispensary in Aurora, Colorado, in June of 2016. It was only his second week on the job.

Speaking to these tragic events, Michael Jerome of Blue Line Protection Group reminds us that

The cash-based nature of the legal cannabis industry here in Colorado makes these dispensaries and cultivation facilities prime targets.

Michael Elliott, executive director of the Marijuana Industry Group echoed these sentiments, saying, "This incredibly sad situation underscores the public safety risk faced by our industry due to the fact that we don't have access to banking.”

With as much progress as has been made on the legalization front, the banking world has stayed relatively stagnant in this area, at least until now. Steve Hawkins, executive director of the Marijuana Policy Project, explained how significant the SAFE Banking Act could be.

"This is a historic and critical step forward for the nation’s burgeoning cannabis industry," Hawkins said. “Regardless of where members stand on legalization, they can agree that it is in the public interest to make banking available to cannabis businesses in states where it is legal."

Legalization, of course, is about a lot more than just making money. It is, first and foremost, the end to decades-long prosecution of victimless crimes that have torn apart families and sent non-violent drug offenders to prison, sometimes for life. Not to mention, keeping the plant illegal is a reminder to Americans that their government does not believe that we each own our own bodies and are the sole determiners of what substances we consume.

Aside from the moral argument of self-ownership, legalized cannabis provides a means of stimulating our economy while promoting entrepreneurship and creating countless new jobs for Americans. This kind of economic stimulation should be encouraged, not blocked by federal policy. And if the SAFE Banking Act passes the House, we might finally be on the verge of seeing a true green rush come to fruition.