Why I Don't Say “OK Boomer"

At the end of the day, “OK Boomer” isn’t really even about boomers, it’s about how we choose to carry ourselves. 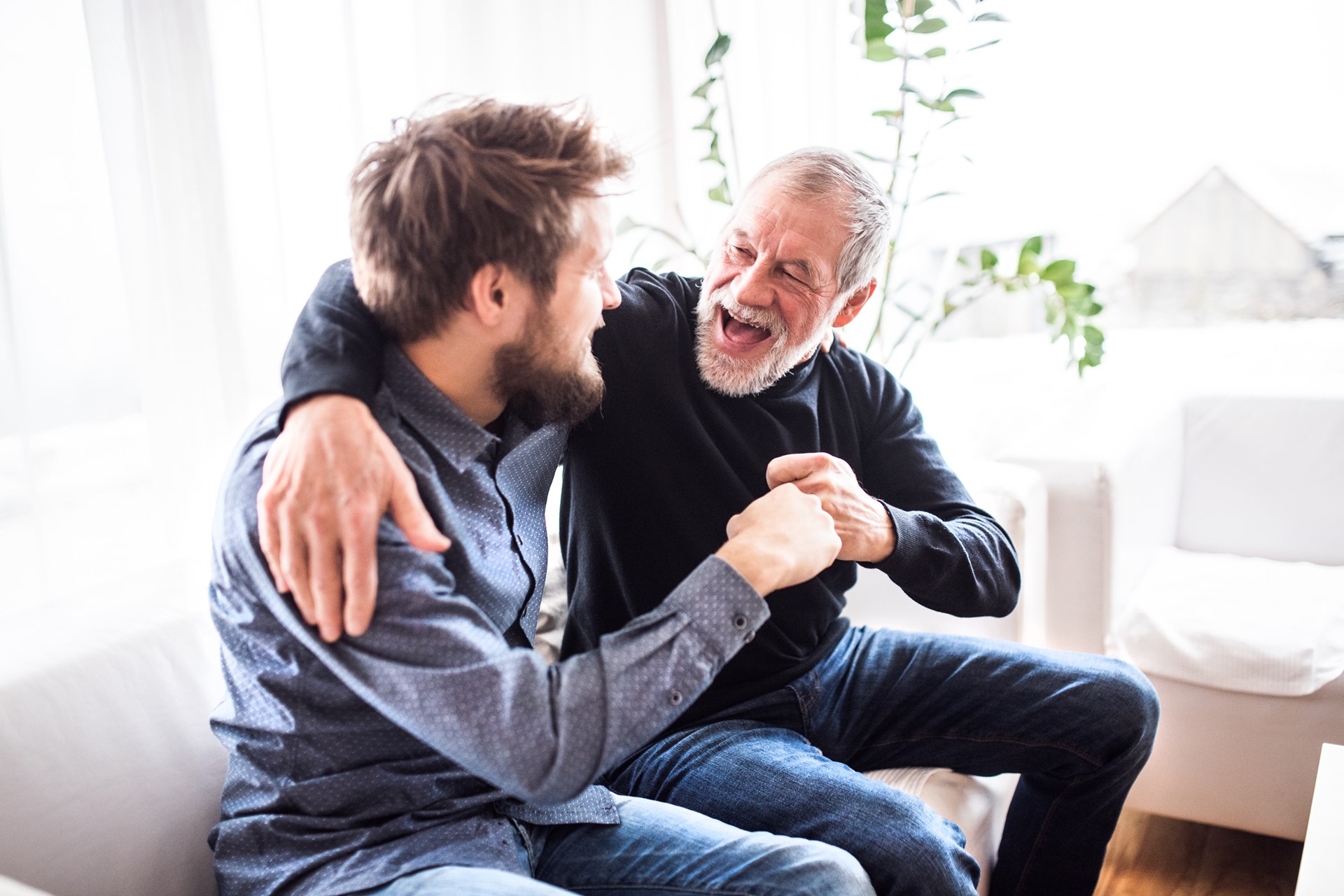 If you spend any time on the internet or time with those who do, you’ve probably heard the phrase “OK Boomer” by now. Perhaps you’ve been OK-Boomered yourself, or maybe you’ve OK-Boomered somebody else. The meme is one of the most popular things being discussed right now, and for good reason.

“OK Boomer” is a retort to elders who claim to know better than the young. “Boomer,” of course, refers to the baby boomer generation (people born between 1946 and 1964). It’s meant to be cutting and condescending, mostly because younger generations feel it’s a return of the treatment they get from boomers.

Generation Z and millennials feel like they’ve been given short shrift for not buying homes, getting married, and having kids. They are “psychologically scarred” and their habits are killing countless industries, they’re told; they spend too much time on their phones and are socially progressive.

“OK Boomer” is a response to all of these judgments. It’s a meme born out of frustration with those who tell them just to “work harder” when confronted with concerns over the environment, inequality, cost of living, cost of housing, cost of health care, and a lack of jobs.

For these reasons, the “OK Boomer” meme has exploded. Although I understand the concerns of those who use it (I am a 23-year-old Gen Zer after all), I choose not to use the phrase. Here are three reasons why.

“OK Boomer” Is Lazy and Dismissive

When engaging in an argument or conversation with anyone, it’s not a good idea to use an ad hominem (personal attack). This is essentially what “OK Boomer” amounts to. It’s an attempt to invalidate or dismiss someone’s opinion because of their age, which is a big no-no if you ever want to win hearts and minds.

Let’s say there is a situation where you’re just itching to “OK Boomer” somebody. It’s Thanksgiving dinner at Aunt Karen’s house, and all your favorite cousins, aunts, uncles, and grandparents are there. Dinner is ready and you all gather around the table and start feasting. Right as you dig into the turkey, Uncle Bob starts complaining about “all them illegals stealing good American jobs” and wanting to “build the wall 10 feet higher” to reduce crime.

Instead of saying “OK Boomer,” you have an opportunity to engage Uncle Bob in dialectic conversation. Thanks to the glory of the information age, you pull up FEE’s article “3 Common Immigration Myths Debunked” and rebut your Uncle with logical pointedness.

“Uncle Bob,” you say. “Since 2012, Mexican workers have been leaving the US at a higher rate than they are arriving. This drop in immigration has negatively affected our economy, in fact, the National Association of Homebuilders estimated the number of unfilled construction jobs in the US almost doubled from between 2014 and 2016.”

Uncle Bob is befuddled at your calm, fact-based, non-hostile response. He’s never heard a 20-year-old treat his political opinions with respect before!

Treating others with respect and engaging them in reasoned argumentation is always a better method than disparaging them.

Uncle Bob isn’t totally convinced, but he responds, “Well junior, I’d have to look at those facts.”

If you “OK-Boomered” Uncle Bob, he might have responded, “Did I trigger you, little snowflake?” (You might think I’m joking, but this is a real headline: “Hey Snowflake, don’t ‘OK, boomer’ me at work”)

Granted, this is a hypothetical and I get to make up all the answers. But treating others with respect and engaging them in reasoned argumentation is always a better method than disparaging them.

If you do happen to argue calmly to the boomer at your Thanksgiving table, and your cranky uncle still spouts off nonsense or becomes hostile, at least you tried. Take pride in the fact that you carried yourself better than your elder.

Some Elders Are Wise

In addition to respectfully arguing with older folk, I choose not to “OK Boomer” them because I do believe they have wisdom to impart—well, some of them do, anyway.

To be fair, boomers can give some bad advice, especially when dealing with emotionally turbulent situations. “Just suck it up and get over it!” (As if past psychological repression implies others should suffer in the same way.)

Not all advice should be taken, of course, especially unsolicited advice. But the benefit of being young is that you can ask older people questions about their life-experience and find out how they dealt with some of the same issues you are currently going through.

There have been many times in my life where I’ve tried to figure out problems on my own, without asking for help, and suffered longer because of it.

Some of the best questions I’ve asked are the following:

By asking questions about life-experience, you can’t get a “wrong” answer. You simply observe people’s guiding philosophy and how it’s helped or harmed them. After listening, you can make a decision for yourself whether to take any advice that was given. Worst case, you have more information than you did before to help you make a decision.

Things Are Getting Better

The third and final reason I don’t use “OK Boomer” is not related to the boomer generation at all, but for reasons why others use the phrase.

“OK Boomer” subtly places blame on boomers for making the world worse for millennials and Gen Z. Boomers are blamed for student loan debt, ruining the housing market, and ruining the economy in general.

Student loan debt is an issue, but is it fair to blame a whole generation for the problem? Maybe the problem is government-backed loans, which give colleges no incentive to lower prices.

Housing prices are astronomically increasing, especially in major cities in New York and California. But why? I would argue that restrictive zoning regulations make it harder and more expensive for developers to build housing. It should be no surprise that when housing is made more scarce, it becomes more expensive.

As for the economy, things might seem bad, but in fact, things have never been better. All over the world, poverty rates are rapidly decreasing, and few seem to notice.

The global population living in extreme poverty has fallen below 750 million for the first time since the World Bank began collecting global statistics in 1990, a decline of more than 1 billion people in the past 25 years.

The data is almost too hard to believe. Between 1990 and 2015, more than 137,000 people escaped extreme poverty each day. And, it’s the world’s poorest who have been getting richer faster than everybody else.

So, when people my age complain about how terrible things are and blame it on the boomers, I just don’t buy it. I don’t laud the boomers for making things great, mostly because I tend not to think of these things collectively.

If I were to analyze the innovations and progress that has made the world better off, I would find an orchestra of individuals trying to make their own corner of the world a little better, not people of a specific generation making it worse.

For all these reasons, I choose not to say “OK Boomer.”

Sure, it’s a funny meme, but if we let this slip into common vernacular, we’re in for a world of hurt. Being reasonable, polite, and mindful is a much better alternative. It’s easy to be dismissive and snippy toward those who claim they know better than you, especially if they hold age and experience over you.

But, this doesn’t mean boomers are right about everything. They’re not, and nobody is. At the end of the day, “OK Boomer” isn’t really even about boomers, it’s about how we choose to carry ourselves.

Do we have the integrity and composure to engage in reasoned argumentation? Can we maintain a mindset of gratitude, even when it seems like we have every reason not to? Are we able to faithfully articulate our ideas? Can we show a little intellectual humility even when others do not?

Of course, these things aren’t as easy as they sound. But identifying proper modes of conduct is the first step in actualizing them—knowing is half the battle. And just by striving to improve ourselves, others take notice, and that has a ripple effect on the environment around us.

And who knows, if a boomer takes notice, they might even have some restored faith in your generation.