The daily work of an executive is difficult and often stressful, but CEOs are not paid amply because their work is hard or unenjoyable.

Photo by mentatdgt from Pexels

Certain politicians and social critics would have us scandalized that the annual income of CEOs of large corporations is often several times that of the employees who work in those companies. Is it unfair that executives make substantially more than a middle manager, an executive assistant, or an assembly-line worker? How are those salaries determined? Is significant income disparity unjust? To consider these questions, let’s take a look at the unique role and responsibilities of a chief executive officer.

The chief executive officer (CEO) is the highest-ranking officer in a corporation. He or she is selected by and reports to the board of directors (who, in turn, are appointed by the corporation’s shareholders).

Ultimately, the CEO is responsible for creating value for the owners of the corporation: the shareholders.

The CEO executes the strategic business plan approved by the board and helps shape that corporate vision.

She forms a company’s corporate culture by creating goodwill and “buy-in” from the various constituents or “stakeholders” (such as employees, customers, and vendors) of the company’s mission. But ultimately, the CEO is responsible for creating value for the owners of the corporation: the shareholders.

In light of these unique responsibilities, let’s examine some possible factors for executive pay.

Do CEOs Get Paid More Because They Work Harder?

The daily work of an executive is difficult. It requires personal sacrifice, long hours, and the ability to deal with stress and adversity. But CEOs are not paid amply because their work is hard or unenjoyable. Cleaning latrines in 100-degree heat would be more strenuous and less pleasant but would not fetch a CEO salary. So even though executives work hard, the degree of strain, alone, does not explain high CEO pay.

Supply and Demand for Talent

You probably recall from Economics 101 that prices are determined by the interplay of supply and demand. Labor pricing, or compensation, is no exception.

Large corporations compete for experienced, proven, high-performing CEOs to run their companies. The directors of a corporation make the subjective determination of recruiting executives and setting their compensation. But that compensation package is often highly negotiated.

At any given moment, there’s a much smaller pool of experienced executives to draw from.

We see a similar dynamic in the sports world. High performers and athletes with a reputation for prior success garner much higher salaries than unproven prospects. Professionals with executive experience and a successful track record are far more scarce than the labor pool for middle managers or entry-level marketers.

To state the obvious, at any given moment there are only 500 CEOs of Fortune 500 companies. But any one of those Fortune 500 companies may have hundreds or thousands of employees throughout the organization. Those companies may have jobs ranging from entry-level positions to mid-level management, as well as highly technical jobs such as engineering or developing artificial intelligence. The relative value of each one of these positions is partially a function of the supply of available workers for each position, as well as the value of the output for a particular job (more on value-creation below). At any given moment, there’s a much smaller pool of experienced executives to draw from.

Another factor that may explain why executive compensation is higher than entry-level compensation is the differential in experience and training. Lower-level employees often enter into a job with limited skills and learn as they go. They advance and achieve higher income as they gain experience and develop new skills. Often, executives have college degrees from respected universities, as well as Masters of Business Administration (MBAs). In addition, executives typically have worked within an industry for decades gaining real-world experience and specialized training.

While experience and training are important, two people with similar degrees and years of industry experience may not be paid the same (and quite justifiably so). Credentials and tenure, while a factor, don’t fully explain disparities in earnings.

Beyond degrees and tenure, how an individual performs along each stage of their career may indicate their earnings’ trajectory.

No single man or woman creates all the value in a company, but the CEO uniquely bears responsibility for the success and failure of the entire enterprise.

Executives who climbed the ranks likely spent years competing with co-workers and even peers at different companies to advance at each stage of their career. On one hand, this is a weeding out process. Other workers may choose less challenging career paths. On the other hand, competition is a test of a professional’s reliability, perseverance, and sustainable performance. Through years of experience and consistent high performance, an emerging executive can demonstrate on the job that they are capable of the very demanding roles and responsibilities of an executive.

The compensation of executives is set by the board of directors. Arguably, the best way to do this is to tie the CEO’s compensation to the value he or she creates.

In the case of a CEO, they are responsible for executing the strategic vision for the entire company. No single man or woman creates all the value in a company, but the CEO uniquely bears responsibility for the success and failure of the entire enterprise. As a result, executives are often paid a healthy base salary, but a considerable share of their earnings come in the form of equity compensation.

Equity compensation is employee pay in the form of shares of a company’s stock (or options to purchase stock). Equity compensation aligns the interests of the employee with the corporation and its shareholders because the employee is incentivized to grow the value of the company. When executives perform well for the owners of a company, it makes sense that they are compensated for their performance.Beyond the CEO, a corporation may offer equity compensation to other high performers as an incentive for them to stay with a company, develop new products and technologies, and help the business grow.

A CEO’s pay is a function of the executive’s relationship to the company and its shareholders. Shareholders provide capital to the corporation with the hope of a return on their investment. The CEO helps generate investment returns by growing the value of the company and its shares. Thoughtfully structured executive compensation is based on a combination of expected value creation along with measurable performance and shareholder value growth. When executives perform well for the owners of a company, it makes sense that they are compensated for their performance. 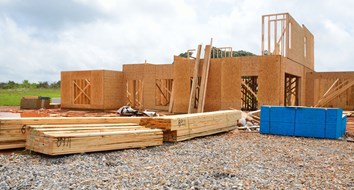