Forcing an equality of outcome for disadvantaged groups requires enormous outside interference. 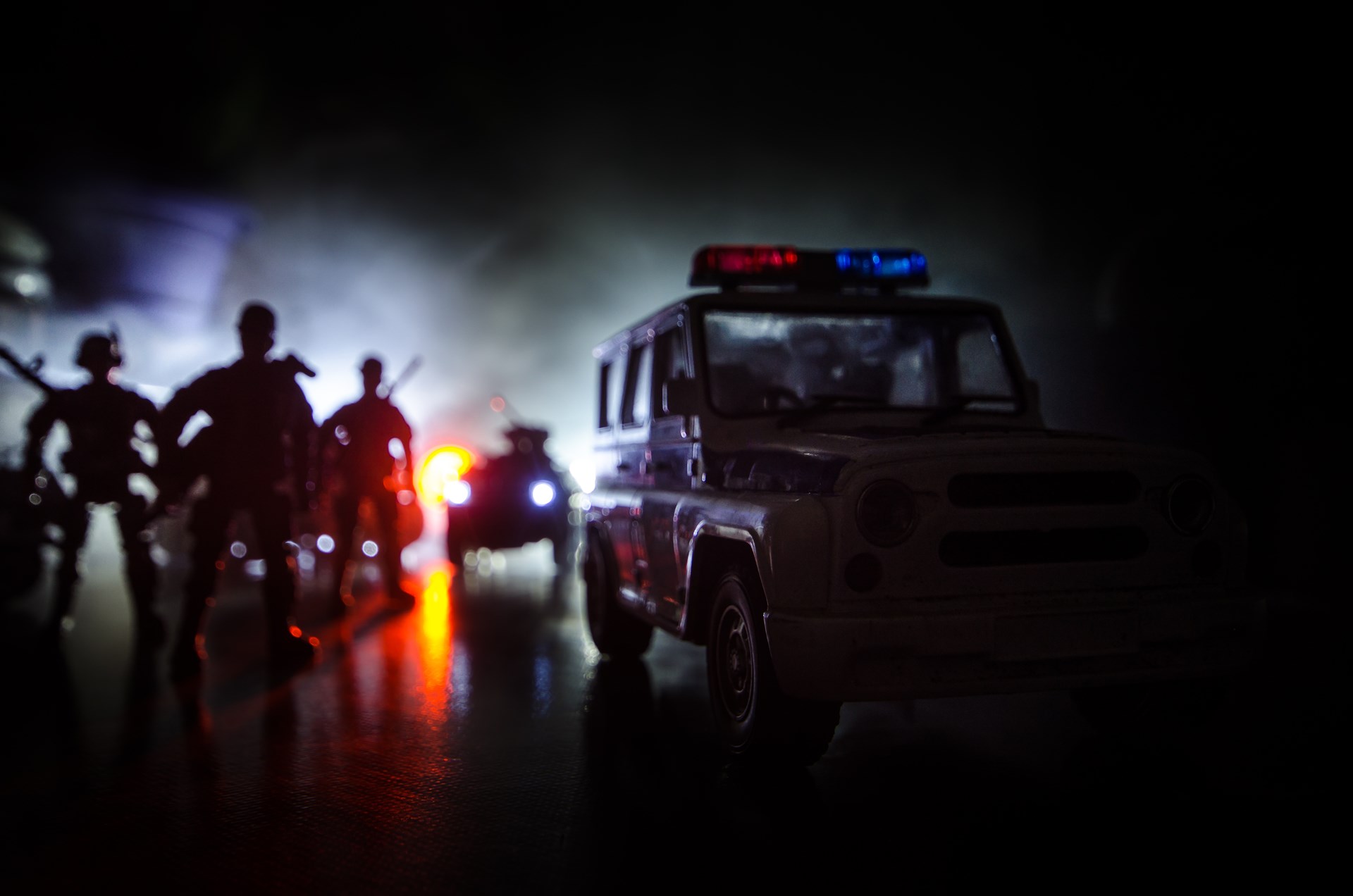 “In politics, the great non-sequitur of our time is that 1) things are not right and that 2) the government should make them right. Where right all too often means cosmic justice, trying to set things right means writing a blank check for a never-ending expansion of government power.”

Although written nearly 20 years ago, Sowell’s insights are especially relevant today, when you consider the heights of influence social justice activism has reached—especially on college campuses—in 2018.

For a blueprint to understand and refute today’s increasingly vocal SJWs, Sowell’s book proves to be an indispensable resource.

What Is "Social Justice"?

First, Sowell provides clarity to the concept of social justice, which he labels “cosmic justice.” Social justice seeks to “eliminate undeserved disadvantages” for selected groups. Sowell explains “undeserved disadvantages” by quoting Thomas Nagle, a professor of philosophy and law, as akin to an “unequal starting point” certain people have through no fault of their own.

For the social justice warrior, equality of treatment under the law is not a sufficient condition to achieve justice.

But given we can’t change the conditions we are born into, nor erase past injustices, the real concern boils down to what actions and policies are prescribed to mitigate these “unequal starting points” that people occupy.

For the social justice warrior, equality of treatment under the law is not a sufficient condition to achieve justice. Citing philosopher John Rawls’ A Theory of Justice, Sowell asserts that SJWs insist “having everyone play by the same rules or be judged by the same standards” is found to be lacking. True equality of opportunity, in their view, means “providing everyone with equal prospects of success from equal individual efforts,” and “putting segments of society in the position that they would have been in but for some undeserved misfortune.”

What Do Social Justice Warriors Want?

To make this a reality, processes need to be put in place, according to social justice theory, so that outcomes—such as income level, unemployment rates, leadership positions, etc.—are equalized regardless of one’s starting point or demographic trait. Any deviation from “equalized” outcomes is proof positive in the eyes of the social justice movement that some form of social injustice—be it racism, sexism, or capitalist greed—must be the culprit.

The quest for social justice “focuses on one segment of the population and disregards the interests of others."

Sowell takes issue with such thinking. He believes it is the actions and policies in search of equal outcomes, along with their results, that need to be judged by an ethical evaluation of justice.

At this point, Sowell begins to expose the injustices involved in this process. “This conception of fairness requires that third parties must wield the power to control outcomes, over-riding rules, standards or the preferences of other people.”

Indeed, the quest for social justice “focuses on one segment of the population and disregards the interests of others who are not the immediate focus of discussion, but who nevertheless pay the price of the decisions made.” Such processes, it turns out, necessarily involve treating people unequally.

But at What Cost?

In classic Sowell style, he reminds readers that there are no perfect solutions, only trade-offs. Trade-offs involve costs as well as benefits.

“Costs of achieving justice matter…What, after all, is injustice but an arbitrary imposition of a cost—whether economic, psychic, or other—on an innocent person? And if correcting this injustice imposes another arbitrary cost on another innocent person, is that not also an injustice?”

These costs of attempting to advance social justice are not only borne by these innocent third parties, but also by society through changes in behavior of the supposed beneficiaries.

“Those given legal entitlements to various compensatory benefits have, for example, developed a sense of entitlement,” Sowell explains. Entitlement sows seeds of division among the givers and takers while blunting the recipients’ incentives to work. The productive are punished to serve the non-productive.

Promoting a vision of social injustices can also create a sense of helplessness among those labeled as “victims” of cosmic injustices. “Why study and discipline yourself in preparation for the adult world if the deck is completely stacked against you anyway?” Sowell asks rhetorically.

According to Sowell, aside from evaluating the costs involved, the key question in addressing the “unequal starting points” of different groups involves deciding between either political actions or voluntary individual cooperation.

With his typical precision, Sowell favors the latter.

“One of the crucial differences between political and non-political ways of dealing with undeserved misfortunes is that the non-political approaches do not acquire the fatal rigidities of law nor require either the vision or the reality of helplessness and dependency. Nor does it require the demonization of those who think otherwise or the polarization of society.”

Problems abound even with how SJWs diagnose current hot-button issues like income inequality and racism.

For example, Sowell contends most income statistics are crude aggregates. The implicit assumption that the mere existence of income disparities is evidence of racial discrimination is unsubstantiated. Simply examining the average age differences among different demographics can explain away a portion of the income inequality that SJWs proclaim exists due to discrimination. Adding factors like education level and personal career choices explains much of the rest.

The real issue, Sowell concludes, is not with income inequality itself, but with the processes put in motion in hopes of eliminating inequality.

“To allow any governmental authority to determine how much money individuals shall be permitted to receive from other individuals produces not only a distortion of the economic processes by undermining incentives for efficiency, it is more fundamentally a monumental concentration of political power which reduces everyone to the level of a client of politicians.”

Moreover, the culture of envy created by income inequality obsessions can harm the very groups SJWs purport to want to help. Attributing the “greater prosperity of others to ‘exploitation’ of people like themselves, to oppression, bias or unworthy motives such as greed, racisms and the like,” makes those people feel that self-improvement is “futile” and paints “the less fortunate into their own little corner, isolated from potential sources of greater prosperity.”

How Can You Be a Hero if No One Needs Saving?

Finally, Sowell holds no quarter regarding the motives of the self-anointed saviors of the downtrodden. As if anticipating by two decades the rampant “virtue signaling” consuming left-wing social media accounts, he writes,

“Like so much that is done in the quest for cosmic justice, it makes observers feel better about themselves—and provides no incentives for those observers to scrutinize the consequences of their actions on the ostensible beneficiaries.”

Social justice warriors too often value ego gratification over actual benefits. Sowell continues, pointing out that those invested in the social justice narrative create for themselves a “vested interest in the incapacity of other people,” while developing a “tendency to see people as helpless and not responsible for their own actions.”

All the better to gratify their own egos as self-styled “rescuers” of the purported helpless victims. Such attitudes, however, produce policies that fail to generate desirable results, while instilling a defeatist mindset among those being labeled victims, inducing them “to accept that image of themselves.”

“This is only one of the ways in which the vision of morally anointed visionaries’ ministers to the egos of the anointed, rather than the well-being of the ostensible beneficiaries of their efforts,” Sowell concludes.

The author finds that the corrective “solutions” for perceived social injustices involve costs that most often will outstrip any benefits, and invariably create real injustices at the hands of centralizing government power. Such insights explain why The Quest for Cosmic Justice is a valuable tool for understanding the social justice movement and how to confront its arguments.