There Is No "War on Cops"

There is a long overdue conversation about criminal justice reform 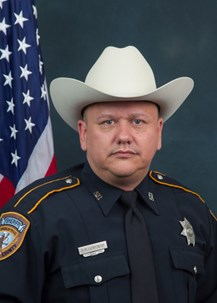 Today is the funeral service for Harris Country Sheriff Darren Goforth, who a week ago was murdered while filling his police cruiser with gas in Texas. His death was senseless, tragic, and horrific. There’s no possible excuse for it.

But, as I write in a new Daily Beast column,

There’s also no excuse for attempts by law enforcement, media, and politicians to claim that the unmotivated killing is part of a “war on cops” or in any way related to the Black Lives Matter movement or other people critical of law enforcement and police brutality.

To do so is simply to wave away a decade-long decline in confidence in police that has everything to do with behavior by law enforcement, not the citizens they serve. According to Gallup, the percentage of Americans with “a great deal/quite a lot of confidence” in police has dropped from 64 percent in 2004 to just 52 percent, its lowest number in 22 years.

So far this year, the same number of police nationwide have been killed in the line of duty as last year: between 25 and 28, depending on the source (this doesn’t include traffic and other on-the-job accidents unless the officer was in pursuit of or actively engaged in dealing with a criminal).

As my Reason colleague Ed Krayewski writes, “In 2007, there were 67 cops shot and killed in the line of duty. In 2007 there was no ‘national conversation’ about police reform, no sustained focus on criminal justice reform, nothing in the national zeitgeist that would suggest the number of murders were the result of anything more than the number of people who had killed cops that year.”

Regardless, police spokesmen, Fox News hosts such Sean Hannity, and politicians such as Ted Cruz are quick to say that Goforth’s killing by an in-custody suspect with a long rap sheet of violent assaults and mental problems is proof positive of a “war on cops.”

It bears repeating: There is no war on cops. There is a long overdue and very welcome national conversation about criminal justice reform and more going on.

That’s partly due to new forms of media that allow citizens to document how police do their job and, to their credit, it’s also because police departments all over the country are trying to stop a long slide in citizen confidence.

In the past year alone, high-profile events in Ferguson, Staten Island, Troy, Ohio and elsewhere have sparked a nationwide movement to rethink not just policing strategies but also the ways in which race factors into law enforcement and how local governments abuse their power to levy fines and fees on their poorest residents.

The rising use of body cameras all over the country isn’t being done to document a “war on cops” but to promote essential peace and trust between citizens and police.

It’s a sad coincidence that Darren Goforth’s funeral will take place just as the trial begins for the officers accused in the death of Freddie Gray, the Baltimore man who died earlier this year from injuries suffered during police custody.

By all accounts, Goforth was an honorable man and a credit to law enforcement and his murder is as tragic and disturbing as it is senseless. But if his brothers and sisters in blue and their partisans in politics and the press simply use his killing as an excuse to avoid ongoing reform, there’s no reason to believe public confidence in the police will rebound any time soon.

Related video: “Cops vs. Cameras - The Killing of Kelly Thomas and the Power of New Media.”

This 2011 video by Paul Detrick helps explain why attitudes toward the police have fallen over the past decade. It contain graphic images and viewer discretion is advised.

Thomas was a schizophrenic drifter who died after a police beating. The circumstances of his death only became public after his father used social media to circulate unauthorized images of his son’s beating and the way that Fullerton, California police reacted is an object lesson in how to alienate taxpayers and residents.

The new media environment definitely makes policing a more difficult job but if departments are willing and able to embrace their new visibility, they will not only be more effective in combating crime but in winning people’s trust.

Nick Gillespie is editor in chief of Reason.com and Reason TV, the online platforms of Reason, the libertarian magazine of "Free Minds and Free Markets."