The Volstead Act: A Centennial to Note, Not Toast

Prohibition’s end is worth celebrating. It’s inception is something to lament. 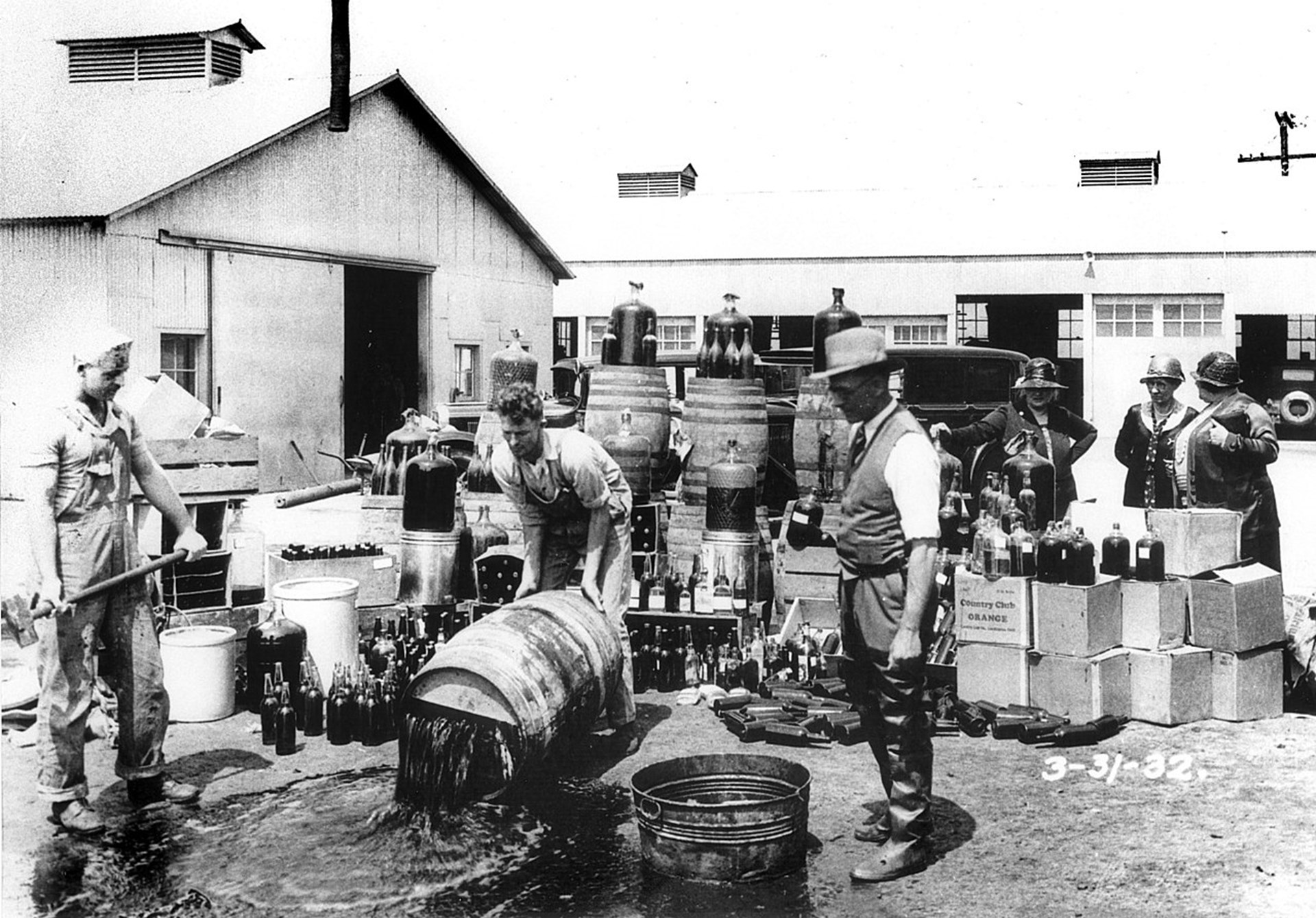 If Prohibition had been in force in Roman Palestine, one can only imagine the chaos at Cana when Jesus turned water into wine for the enjoyment of those attending a wedding. Envision centurions busting Jesus for moonshining and clubbing the revelers for having a good time. Three years later at the trial that led to his crucifixion, the charges against Jesus included tax evasion, blasphemy, sedition—but bootlegging was not among them.

Prohibition was a much more modern undertaking, and a most famously American one at that. It was the project of moral crusaders happy to deploy state power in their jihad against Demon Rum. Their strongest ally became Big Booze, the organized crime syndicates who appreciated the government doing the dirty work of rubbing out the smaller, less fortunate competition.

It all started on this date—January 17—a full century ago, in 1920. Ratified by the states a year before, the 18th Amendment to the US Constitution banned the manufacture, transportation, and sale of intoxicating liquors. The passage of its enabling legislation known as the Volstead Act put the cops on the beat against booze on January 17, 1920.

Decades before the madness began in 1920, ex-President Rutherford B. Hayes opposed an early attempt at it with these wise words:

Personally, I do not resort to force—not even the force of law—to advance moral reforms. I prefer education, argument, persuasion, and above all, the influence of example, of fashion. Until these resources are exhausted I would not think of force.

A lot of pain and expense would have been avoided if Hayes had been heeded.

What a wild, 13-year ride it was! The legislative battle between the “wets” and the “drys” moved to the streets, where crime rose and drinking slipped into the shadows and the alleys. The era gave birth to its own vocabulary; among the more colorful entries were blind pig, speakeasy, flippers and flappers, bathtub gin, white lightning, hooch, teetotaler, and giggle water. Journalist H. L. Mencken famously referred to bootleggers as booticians.

Sacramental wine was still permitted for religious purposes (the number of questionable rabbis and priests soon skyrocketed), and drug stores were allowed to sell “medicinal whiskey” to treat everything from toothaches to the flu. With a physician’s prescription, “patients” could legally buy a pint of hard liquor every ten days. This pharmaceutical booze often came with seemingly laughable doctor’s orders such as “Take three ounces of stimulant every hour until stimulated.”

The violence and futility of this adventure in statism steadily reduced its popularity. Principled, articulate opposition to it—as I wrote in “Prohibition’s Foes: Still Teaching Lessons Today”—chipped away at what little intellectual case it ever had. By 1933, the country had had enough of it. In deliberating an anti-alcohol case, at least one jury even drank the evidence and acquitted the accused.

With the federal government needing more revenue to cover Depression-related deficits and a spending binge, newly-elected President Franklin Roosevelt endorsed the passage of the 21st Amendment to repeal the 18th. “What America needs now,” he declared, “is a drink.” He was wrong about many things including the Great Depression, but like the proverbial broken clock, he was right on this one. In gratitude for FDR’s support for ending Prohibition, the Yuengling Company—America’s oldest operating brewery—shipped a free truckload of beer to the White House.

Prohibition’s end is worth celebrating. Its inception is something to lament. A good way to remember the experience in between is to ponder this selection of related humor and wisdom:

If you haven’t given up reading, see:

The Tulsa Race Massacre: A Mindless Rage of Collectivist Groupthink