The Solution to Poverty Is Opportunity, Not Charity

Treating symptoms is not enough. 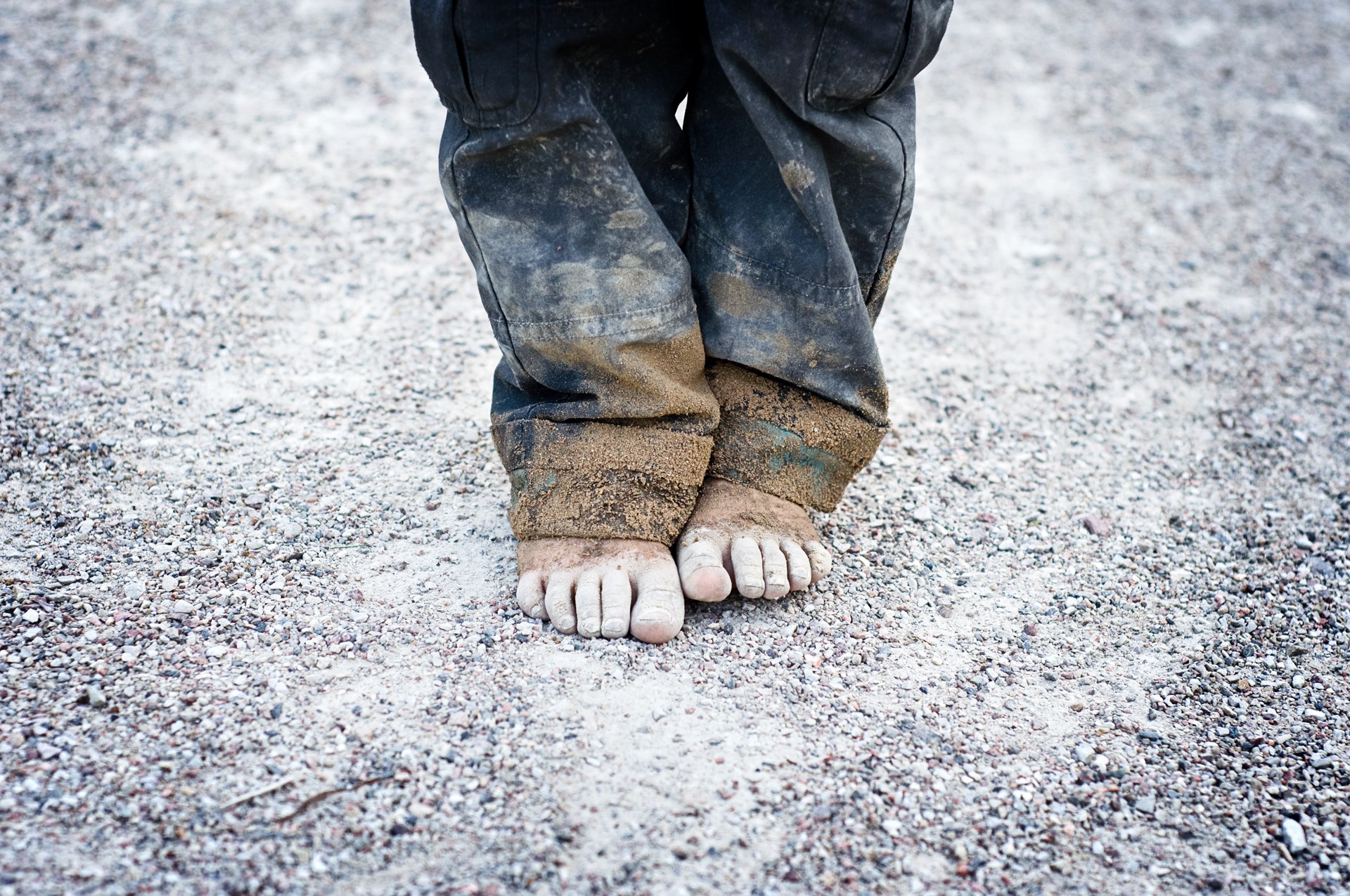 When we fall ill, our bodies give us symptoms to signal to our brains that trouble is afoot. A fever, for example, lets us know that our body is working in overdrive to fight off some sort of infection. While it may be causing us tremendous discomfort, we know that the fever itself is not the real problem, but rather a symptom of a greater problem that is about to manifest itself.

But if we are in search of lasting relief, we must first discover what is causing the fever in the first place. Sure, we can try to mask the discomfort by using aspirin or ibuprofen, but this relief is conditional and only lasts for so long. Unless the root causes are identified and treated, the symptoms will come back as soon as the medicine wears off.

Many charities and organizations perpetuate this cycle by focusing only on treating the symptoms of poverty, completely ignoring the root causes.

When put in terms of our health, recognizing that symptoms are merely consequences of a bigger problem but not the actual disease seems obvious. But many fail to see how this principle translates into other realms in life. Poverty, for example, is a vicious cycle with many observable symptoms. Starvation, lack of clean drinking water, and insufficient housing are all symptoms of poverty, but they are not the cause.

And yet, no matter how well-intentioned many charities and organizations may be, a lot of them perpetuate this cycle by focusing only on treating the symptoms of poverty, completely ignoring the root causes.

The Problem with TOMS

One summer, I noticed that everyone on my college campus was wearing TOMS shoes.

It didn’t take long for a Google search to tell me everything I needed to know. On paper, TOMS appeared to be revolutionizing the way we approach charity by capitalizing on consumer incentives. First-World consumers love participating in a cause bigger than themselves, especially when almost nothing is required of them. And TOMS brilliantly found a way to use this to its advantage.

TOMS's mission promises that for each pair of shoes you purchase, another pair will be sent to the developing world and given to a child in need. And for my fellow college students desperate for a cause to be passionate about, this was a golden opportunity.

Without self-sufficiency, no developing village can ever hope to break the cycle of poverty.

But TOMS’s popularity wasn’t limited to college students. Bleeding-heart consumers were buying these shoes in droves. And they weren’t just buying one pair either. New colors and styles of TOMS were being invented to keep up with the increasing demand. American consumers, as it turns out, loved feeling as though they had personally helped alleviate poverty. And before you knew it, TOMS was being held up as a beacon of conscious capitalism.

There was just one problem: handouts cannot fix systemic poverty. And a pair of free shoes can change a person’s life no more than one free fish can. Sooner or later, you run out of fish or your shoes develop holes and need to be replaced. And by creating a dependence on these donations, you actually help perpetuate the very problem you are trying to solve.

Without self-sufficiency, no developing village can ever hope to break the cycle of poverty. And when a village that is fully capable of producing its own shoes instead relies on free American shoes, it reinforces the notion that these countries “need” First-World countries to swoop in and provide them with their basic needs. This is not a particularly empowering message.

And while it may feel good to know we have helped a child receive a free pair of shoes, this act alone does not help keep anyone out of poverty. It serves only to treat a symptom of poverty without acknowledging the cause.

What Can Be Done?

So what can be done to help impoverished villages in Africa? Encourage commerce and create jobs. Senegal, for example, is one of the worst places in the world to start a business. This is why the country earned the 124th slot on the Fraser Institute’s Economic Freedom Ranking. To give some perspective, America, which is extremely free when compared to other countries, is the 11th freest country out of 159 countries included in the ranking, putting Senegal towards the very bottom of the list.

One woman is single-handedly showing Senegal how integral entrepreneurs are in building economic prosperity.

This biggest problem in Senegal comes in the form of overregulation. Because it is so hard to enter the market as an entrepreneur, the country suffers from a lack of businesses. Where there are no businesses, there are no jobs. Where there are no jobs, there is no income. And where there is no income, there is poverty. But it doesn’t have to be. In fact, despite all the regulatory hurdles standing in her way, one woman is single-handedly showing Senegal how integral entrepreneurs are in building economic prosperity.

Magatte Wade was born in Meckhe, Senegal, and was shocked when she first traveled abroad as a child. Baffled by the economic prosperity enjoyed in foreign countries, Wade wanted to know why these economies were so different than Meckhe’s. It didn’t take her long to realize that job creation played a major role in determining the prosperity of a nation. Determined to bring jobs to her home village, Wade has had to navigate through a sea of government red tape in order to start and operate her business within the country.

Wade started Skin Is Skin, a high-end skin care line based in Austin, Texas, but produced in Meckhe, Senegal. And while a skin care line might not seem revolutionary on its face value, to the employees whose lives Wade has changed, Skin Is Skin has been the difference between poverty and prosperity.

Ibrahima N’Dour is Skin Is Skin’s production manager. Prior to working with Wade, N’Dour lived in a tiny one-bedroom home with his wife and five children. At night, they would squeeze three people into their one bed while the rest of the family slept on the floor. Now, he lives in a beautiful home where each of his children has beds and room to play. None of this would be possible without his job at Skin Is Skin.

Adji Maria is another employee of Wade’s who had never held a job before finding Skin Is Skin. Since Meckhe’s economy is entirely based around farming and fishing, roles historically held by men, many women were expected to work in their homes cooking and serving their families. But thanks to her job, Maria has gained skills that have allowed her to provide for her parents and family in a way that was never before thought possible. And Maria is not alone in this. Other employees featured in FEE’s new documentary about Skin Is Skin are positively glowing when they speak of the opportunities Wade has brought to their village. Mame Yakhara, another employee, spoke of the inspiration Wade has given her:

If it was not for Magatte, I would be just staying at home, like before, cooking, serving, while waiting for a husband…we have not seen anyone do what Magatte did, come and open a business in a place like this, to provide work to people like us who are inside our homes, sitting without a job. To get us out of our houses and provide us with this type of job… we do not get many opportunities like this.

Another employee, Mame Mareme Cisse commented, “This work has changed a lot in my life. Now I can provide everything I need for myself without having to ask anyone for it.” Not only is Magatte Wade bringing jobs to this village, she is also empowering the local women in a way they have never before known.

But the jobs created by Wade’s company are not limited strictly to the manufacturing of the actual skin care products. Each product purchased from Skin Is Skin comes in a handsewn leather bag made by a Senegalese company, CAWAAN. The family who runs the company has been making handmade leather goods for five generations. Over the years, as tariffs have increased to rates as high as 45 percent on imported materials, CAWAAN has also struggled to obtain the goods they need to offer quality consumer goods. Understanding these difficulties firsthand, Wade has continued to use CAWAAN, a relationship the company has cherished. In fact, the company has said that Wade’s commitment to their businesses has “encouraged us to work hard and optimize everything.”

Wade understands that in order to break the cycle of poverty, you must strike at the root of the problem: unemployment. And since jobs are scarce in her own village, as well as others in Africa, Wade has dedicated her being to creating jobs through her entrepreneurship, something that is clearly resonating with others. In fact, Wade is now working with the mayor of Meckhe in order to provide more opportunities for education and job training.

The path to economic prosperity will not be found in government regulations or seemingly charitable handouts, like TOMS. For individuals to be able to lift themselves out of poverty, they must have the freedom to be self-sufficient through their own entrepreneurial efforts. And Magatte Wade is a living example that entrepreneurship and job growth are the antidote to poverty.