The Epic Failure of the Government Gas Can

Good luck trying to pour gas out of one of these monstrous devices. 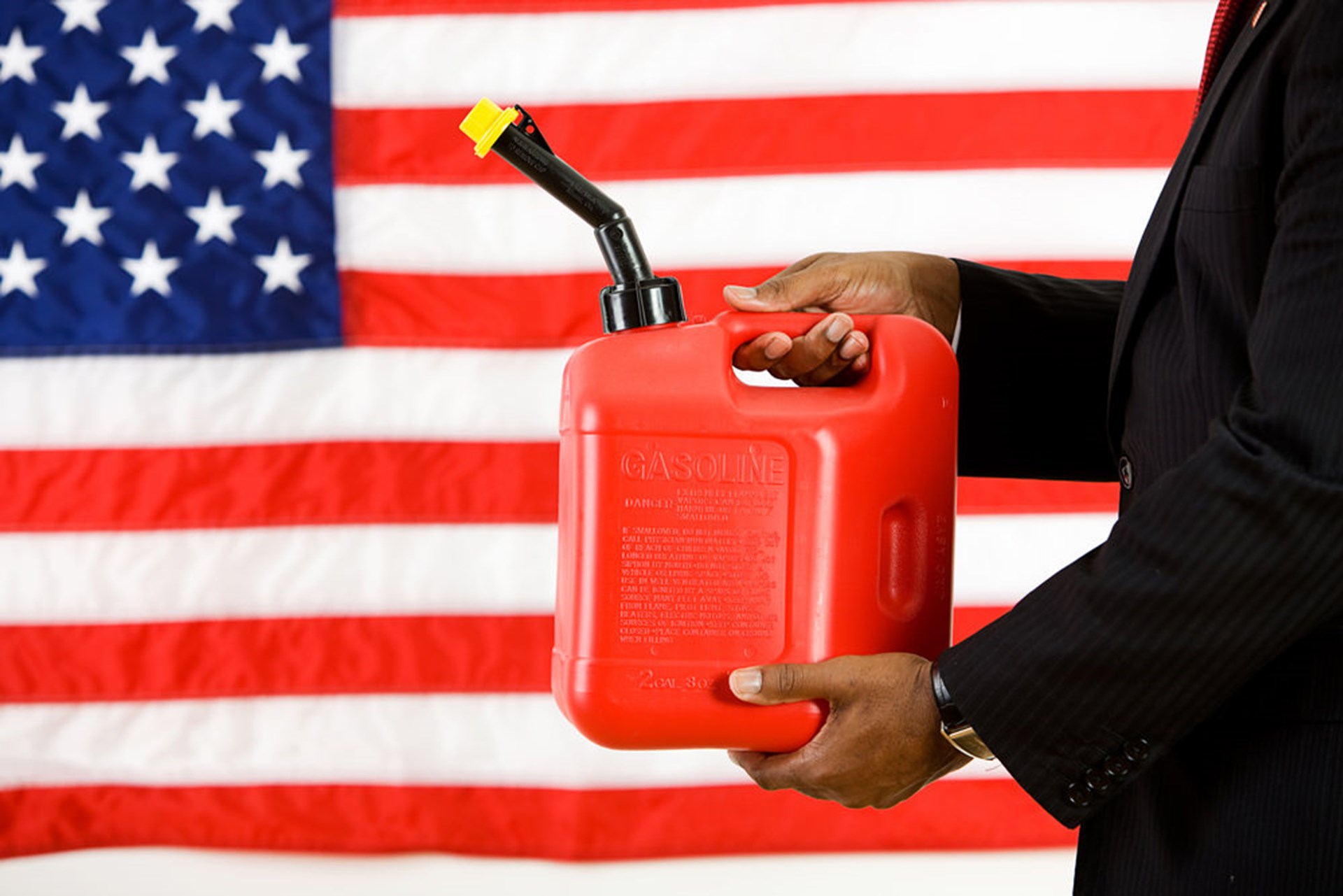 Part of living on Earth is mowing its grass and performing outdoor chores. Last International Earth Day, while the Globe held hands and celebrated Gaia and executive climate change agreements, I was monkeying with my several gas cans in the storage shed. Why several? I’d watched all the folks after 2012’s Hurricane Sandy lining up for blocks, not for personal wind turbines or solar power packs, but fighting over a gallon or two of gasoline.

So, back then I got my basic prepper supplies, without going excessively overboard of course, along with my several five-gallon gas cans. I filled them up and added fuel stabilizer so they’d keep a while, and made plans to rotate the fuel a time or two a year.

But back when I first tried to use these new gas cans a few months after purchase I was shocked at their new spring-loaded, Mousetrap game style Environmental Protection Agency-engineered spouts. 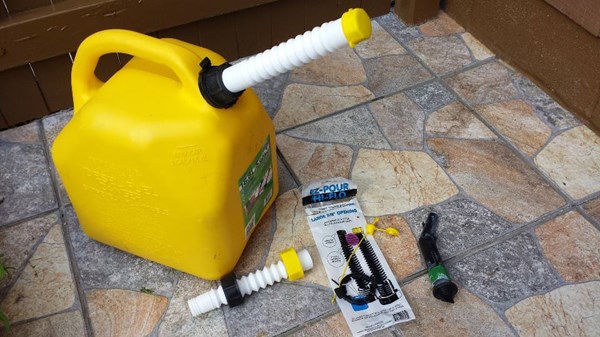 I quickly learned what many, particularly outraged boat and outdoor forum folks, already knew. You need three hands to operate today's gas can spouts.You'll start each project spilling more gas than you get into the mower, motorcycle, car or whichever. In other words, you will create more vapor emissions than you ever would have otherwise.

What the heck happened? The EPA banned normal gas cans in 2009, following the pioneers at the California Air Resources Board, which intones:

“Also known as gas cans”: Wow, so you see the mentality just from the ridiculous government acronym and paternalistic, condescending language.

Nobody would make such a device without a vent except “under duress.”

No gas cans available for sale anymore have vents on the opposite top-side either, so when trying to pour you get a sloshing, heaving mess, burping gasoline eruptions leaking from the complex yet flimsy spout that easily breaks. Go see for yourself at Ace or Home Depot. It’s like a giant joke, a societal dribble-glass prank imposed on the entire population.

What was EPA thinking? You can barely pour a simple 14-oz. can of evaporated milk without popping a notch in the opposite side, let alone a heavy five-gallon container.

Googling this weekend to figure out more about what happened to American normalcy, I found Jeffrey Tucker’s “How Government Wrecked the Gas Can,” topping the search results. He observed that nobody would make such a device without a vent except “under duress.” That’s for sure. I recall filling anything and everything with gas for my mini-bike and lawn mower as a kid, like milk jugs. We'd pour with a funnel and not spill since we didn't have enough spare cash to waste gasoline. Come to think of it, we’d ride to the gas station from my grandparents’ tobacco farm, sitting on the lip of the pickup truck bed, which I can’t do anymore either. At least we can still pour a pack of Tom’s Peanuts into a bottle of Coke and drink that.

Tucker observed that, naturally, most of us buy gas cans only a time or two in our lives, and new generations won’t know any better, but it’s another signature example of a string of once normal things that work worse thanks to geniuses in the federal bureaucracy:

Soap doesn’t work. Toilets don’t flush. Clothes washers don’t clean. Light bulbs don’t illuminate. Refrigerators break too soon. Paint discolors. Lawnmowers have to be hacked. It’s all caused by idiotic government regulations that are wrecking our lives one consumer product at a time, all in ways we hardly notice.

I do an annual roundup of federal regulations, and even I hadn’t paid much attention to the gas spouts issue until I got stuck with them. I had noticed there’s no good toy surprise in Cracker Jacks anymore, though, or in cereal boxes either. I should have asked some Consumer Product Safety Commission directors about that recently when we were discussing with them the disappearance of chemistry sets that were actual chemistry sets.

Anyway, in order to harm the Earth less with a normal, non-polluting spout, I was wondering about workarounds for the inhumane, vapor-spewing trick spouts the environmentally unfriendly EPA forces you to buy to increase pollution. With a bit of searching, I found so-called EZ Pour “water” jugs.

Note: You and I cannot use these alternatives to pour gasoline into vehicles or equipment, since that is an illegal non-EPA bureaucrat-approved hack, but they can be used to pour “liquid,” however.

Pictured above is one of my “water” jugs (yea... that’s the ticket) equipped with a brand new EZ Pour spout of the type formerly generic and universal. You can see the green-collared EPA pollution emitter on the floor beside it for contrast. There’s also a vent that I haven’t installed yet (just need to drill a hole) so “water” doesn’t slosh around when I pour with it.

Remember, this is for informational purposes only. This is not a gas can.

I think I'm going out now to grill some steaks before EPA gets ahold of charcoal grills after spending nearly $1 million of your tax dollars studying flare-up reduction "technology."

A version of this article first appeared at Forbes.

Wayne Crews is vice president for policy and director of technology studies at the Competitive Enterprise Institute.