The Coronavirus Is Scary, But There’s Nothing to Fear from Remote Work

Remote work has grown 91 percent over the last decade—and for good reason. 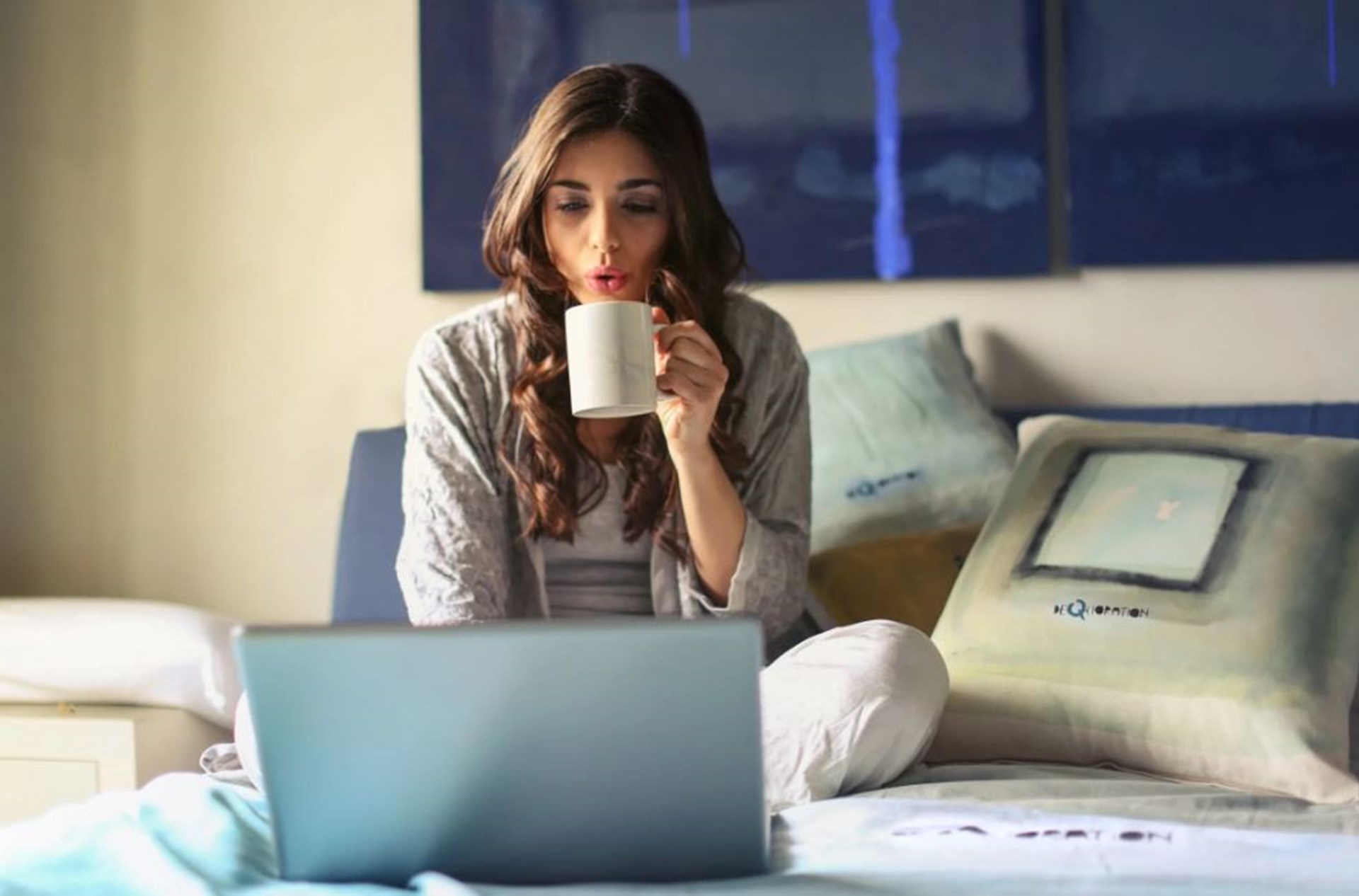 It’s always fun to observe people’s reactions when I tell them I work from home.

Pity is not uncommon (“How lonely!”). Occasionally it’s jealousy (“Man, that would be nice!”). Often it’s bewilderment (“How did you pull that off?”).

The most common reactions, though, are avowals from people who say in various ways they couldn’t possibly work from home in a million years.

“Could never do it. I need people.”

“Too many distractions. I just, er—No, I just couldn't do it.”

“How do you get anything done?”

Though entertaining, these responses are a bit strange because remote work is so common today. According to a recent FlexJobs analysis, remote work has grown by 91 percent over the last decade. A 2016 Gallup survey found that nearly one-third of US employees worked remotely at least 80 percent of time. Government statistics put the full-time figure a little lower, 29 percent.

The conversation is relevant as the US braces for what could potentially be the worst pandemic in a century, which has led public health experts to prod companies to encourage workers to—gasp—work from home.

Pros and Cons of Working Remotely

For some people, particularly introverts and germophobes, the best part of working from home has to be the absence of other people. I’d never thought of this until recently, perhaps because I’m only mildly introverted (according to the Myers-Briggs test) and not a germophobe.

This week, however, as I was getting ready for work, my wife casually mentioned that the first coronavirus case had been confirmed in our county. As the barrage of emails from schools and local governments poured in—followed by school shutdowns, a presidential announcement and temporary travel ban from Europe, suspension of the NBA season, and news that March Madness wouldn’t have spectators—it occurred to me what remote work offers.

No handshaking. No communal bathrooms (which means never having to sit on a warm toilet seat). No chatty colleague who parks himself in your office to complain about his ex-wife while coughing (and then scooping a handful of M&Ms from the dish on your desk).

One need not be a germophobe to see the benefits. Pandemics aside, every year 12,000 to 61,000 Americans die from the flu, according to the Centers for Disease Control and Prevention. Some 18,000 have died this flu season already.

Am I worried about dying from COVID-19? No. I’m 40 years old, hale, and hearty. But no flu is exactly a picnic, even if it doesn’t kill you.

This got me thinking about other benefits of working from home. No commute is a blessing. Not having to pay for before-school or after-school care for our kids is great (we save a bundle). I don’t have to pack a lunch. I can work out whenever I feel like it (theoretically).

Are there downsides to remote work? Absolutely.

It can get lonely, though this is less of a problem today with apps like Slack and Monday.com that keep you in close touch with co-workers. Distractions can be an issue, too, especially if you’re not disciplined or don’t have production-based goals to meet. (Leaving the TV off is a good policy, I find.)

Because I’m aware of potential distractions, I generally don’t even like to leave my office. I’ll get sucked up in housework or something. (My wife is laughing at this line, but it’s true.) Still, sitting for hours on end at the computer isn’t really good either. Communication can also be tricky. Some things are just easier to talk about in person and can’t be communicated as effectively via email or instant message. The biggest challenge to remote work, for me, is overcoming a feeling that every message I receive needs to be answered right now so people don’t think I’m watching The Witcher or taking a nap.

This is how I respond to people who ask me what it’s like working from home. People don’t seem to believe me, but it’s true.

It’s not hard to see why, when you think about it. I don’t have to worry about people stopping by to chat and interrupt my work. There are no long lunches with colleagues. No commute is probably the biggest factor. In previous jobs, I’d spend 90 minutes to two hours every day getting from my driveway to my office. Now, that time is spent working.

This is anecdotal, of course, but a lot of research on the subject backs up my experience.

A well-cited two-year Stanford University study, conducted with the Chinese travel website CTrip, found a remarkable surge in worker productivity—the equivalent to nearly a day’s work each week— among employees who worked from home.

Remote employees also have lower attrition rates and were more likely to work a full day, Bloom said. It turns out offices tend to have a lot of distractions. NCAA pools and water cooler talk. Parties. “Jim’s retiring. There’s cake in the breakroom; come join!” You get the drift.

Other studies and surveys show similar results. A 2019 Airtasker survey of 1,004 full-time US employees, for example, found that remote employees worked 1.4 more days per month—16.8 more days per year—than their office counterparts.

Perhaps the best evidence comes from remote workers themselves. More than 9 in 10 say they are more productive at home than in the office, according to a Tiny Pulse survey.

Does working from home always make workers more productive? Of course not.

As The Atlantic pointed out in 2017, after IBM ended its long-standing work-from-home policy—ironic, since IBM pioneered telecommuting the early 1980s—sometimes working from home doesn’t improve productivity.

Some jobs are more conducive to remote work than others, and some characteristics of jobs are also more conducive. If the work produces easily measurable metrics of personal productivity, for example, chances are working from home will increase productivity. If the position requires a lot of work with clients and modest or low communication with co-workers, same deal.

Work dependent on “collaborative efficiency,” on the other hand, is likelier to result in a productivity drag if employees regularly work remotely. Why? The answer seems to lie in what I wrote above about communication. Communication can be tricky for remote workers. Work that requires a great deal of collaboration on complex systems could see productivity suffer, especially if team members are not strong communicators.

The Coronavirus Lesson of Remote Work

Nobody knows how widespread or deadly the coronavirus will be. What we do know is that the US Centers for Disease Control and Prevention (CDC) says the virus is spreading and Americans should be prepared for "significant disruption," which has finally arrived.

No one is (yet) saying COVID-19 is the Spanish Flu, a virus that broke out in January 1918 and killed an estimated 50 million people worldwide over three years. But there’s reason to believe it could be deadlier than its cousin—the 2009 Swine Flu, which caused hundreds of thousands of deaths worldwide, including some 12,500 fatalities in the US. We simply don’t know.

The point is, companies should explore reasonable precautions to protect workers from acquiring or transmitting COVID-19, and encouraging employees to work remotely when feasible is prudent, not “panicking.”

Not everyone can work from home, of course. If you’re a school teacher, waiter, construction worker, or one of a thousand other jobs, you're more than likely going to have to go to work (at least for now). But working from home is likely a viable option for millions of working Americans who are not currently taking advantage of the opportunity.

One of the beauties of a capitalist system is that most private companies are results-driven enterprises. That means if workers aren’t getting their jobs done, supervisors likely are going to know about it pretty quickly. I suspect companies will find that most workers will stay productive without being “watched.”

Who knows, maybe they’ll even increase their bottom lines.