When collectivism is followed to its ultimate conclusion, it leads to savage acts, like mass shootings. 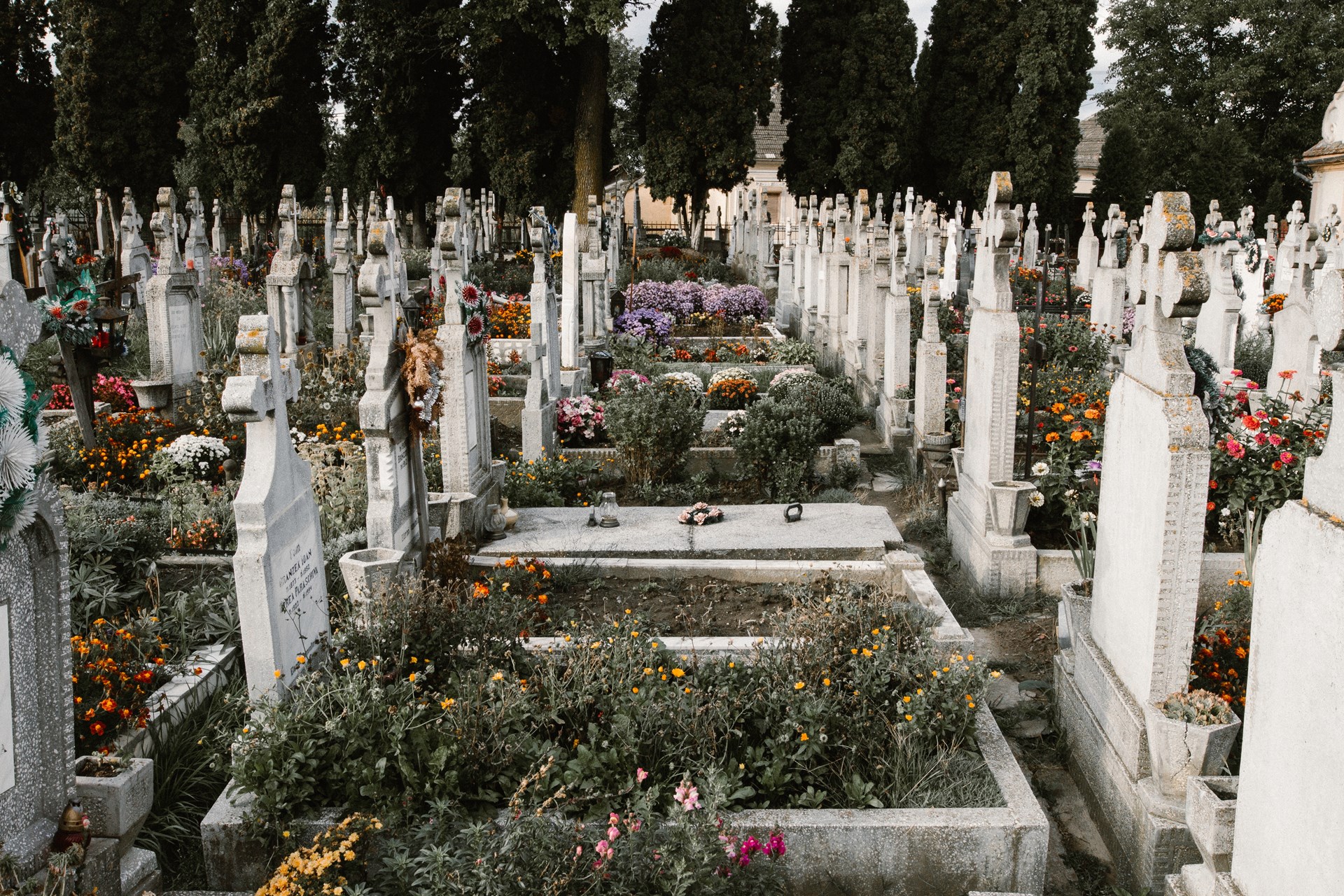 In the wake of this tragedy, people are obviously grief-stricken and looking for answers as to how something this horrible could have happened. And in this shocked and vulnerable state, human beings have a tendency to blame groups of people for the actions of a single person. This most recent mass shooting has proven itself to be no exception to this rule.

By turning these instances into a “collective” problem rather than an individual one, we relieve the culprit of any real personal responsibility.

Within hours of the public gaining any information about the suspected shooter, wild accusations were being made about his political and ideological beliefs all based on the personal manifesto he wrote. Of course, it didn’t take long for the public to decry this as a “right-wing” or “Trump-inspired” attack. But upon closer inspection, the manifesto released by the shooter is not so clear-cut as some would have you believe, and it demonstrates why resorting to collective accusations is such a grave mistake in these situations.

By turning these instances into a “collective” problem rather than an individual one, we relieve the culprit of any real personal responsibility for the atrocities committed by their own hand. We also prevent ourselves from gaining any substantial insight into why mass shootings keep occurring.

The Rise of Mass Shootings

The sad reality is that over the last decade or so, instances of mass shootings have increased. However, this is not to say that gun violence, in general, has increased; firearm-related homicides actually fell by 39 percent between 1993 and 2011. And the trend has continued downward. While this is obviously something to be celebrated, the rise of mass shootings is disturbing, to say the least.

While banning guns seems like the logical solution to many, it does absolutely nothing to address why individuals are resorting to this type of mass violence.

According to extensive research that looks specifically at the years between 1982-2019, instances of mass shootings, which are described by this study as “indiscriminate rampages in public places resulting in four or more victims killed by the attacker” have increased. A separate 2014 Harvard Study found that mass shootings had tripled since 2011. To get the full picture of just how much of a problem this has become, the “Mass Shooting Database” is a running list of all the mass shootings that have taken place over the last three decades.

While banning guns seems like the logical solution to many, it does little to actually curb crime and does absolutely nothing to address why individuals are resorting to this type of mass violence. And in the wake of New Zealand, we would be remiss to ignore this important question.

Collectivism and the Manifesto

At lunchtime last Friday afternoon, as Muslim worshippers gathered for prayer in mosques, Brenton Tarrant, the suspected gunman, began his killing spree at the Al Noor Mosque while live-streaming the carnage online. Nearly half an hour after the initial attack began, another shooting was reported at the nearby Linwood Islamic Center.

After killing seven people, the gunman was disarmed, and the killing finally came to an end when he fled the scene. Shortly thereafter, law enforcement found two bombs inside a crashed car near the first mosque, which ultimately led to Tarrant’s arrest.

Left behind on social media was the killer’s manifesto, called The Great Replacement: Towards a New Society. Though Tarrant espouses many wide-ranging beliefs in his document, much of the media has chosen to paint him as someone from the radical right. Slate, for example, ran an article called Right-Wing Terrorism Has Gone Global. Likewise, the New Yorker ran a piece entitled “It’s Time to Confront the Threat of Right-Wing Terrorism.” But by claiming this, we disregard the rest of the document and ignore the bigger picture.

An individual’s actions are his own alone. You cannot blame an ideology or a larger group when one person is responsible for pulling the trigger.

When you read the quotes highlighted in many of the articles surrounding the shooting, it’s easy to paint a clear picture of a right-wing, fascist fanatic, but there is so much more to the manifesto than what is being spread by the media.

True, Tarrant labels himself as a nationalist and a fascist who opposes immigration, but that is not all he says. Many of Tarrant’s frightening beliefs are also far left-wing causes. Denouncing capitalism, praising rabid environmentalism, and calling for an end to conservatism, for example, are not traditionally held right-wing beliefs. Yet, these are all views that Tarrant holds, and few have bothered to highlight these beliefs. But by blaming this massacre on the right, or any group or ideology for that matter, we are removing blame from Tarrant and falling prey to groupthink.

And when collectivism is followed to its ultimate conclusion, it leads to savage acts, like mass shootings.

An individual’s actions are his own alone. You cannot blame an ideology or a larger group when one person is responsible for pulling the trigger. Ignoring this fact simplifies the situation in a manner that helps no one and lets sociopathic killers like Tarrant off the hook by blaming the group and not the man himself.

But the media aren’t the only ones guilty of collectivist biases in regards to mass shootings. In fact, the shooters are usually avid collectivists themselves.

When you read Tarrant’s manifesto, along with the writings by Dylann Roof and the Columbine killers, it becomes quite clear that there is a deeply rooted “us versus them” mentality. Tarrant routinely refers to Muslims as “invaders” and a direct threat to “his” people. In fact, because he believes they are stealing resources from those of “white European” dissent, he has justified that an entire group of people must be killed lest his own race perish.

This sounds oddly similar to the writings of the Charleston shooter Dylann Roof, whose own manifesto is equally chilling. Roof writes:

From this point I researched deeper and found out what was happening in Europe. I saw that the same things were happening in England and France, and in all the other western European countries. Again I found myself in disbelief. As an American we are taught to accept living in the melting pot, and black and other minorities have just as much right to be here as we do, since we are all immigrants. But Europe is the homeland of white people, and in many ways the situation is even worse there.

While Tarrant tries to maintain that he is unaffiliated with any one particular group throughout his manifesto, he clings heavily to his heritage and then proceeds to demonize everyone who is not in his group. In fact, under the section called, “who do you represent?” he writes:

Millions of European and other ethno-nationalist peoples that wish to live in peace amongst their own people, living in their own lands, practicing their own traditions and deciding the future of their own kind.

This is collectivism at its worst. There is no mention of individual actors, only groups. And when followed to its ultimate conclusion, this mindset leads to savage acts, like mass shootings.

Why Do People Commits Evil Acts?

Tragedies of this nature evoke unpleasant emotions within many of us, and justifiably so. In addition to mourning the loss of those who were killed, many of us are left questioning the very fabric of humanity. It’s hard to believe that individuals are capable of such acts of violence. And we often prefer to blame a group in order to make sense of the trauma because it is, unfortunately, much more convenient than it is to blame a single person.

It’s easier, for example, to blame “them” than to blame someone with whom you are well-acquainted, like a close friend or even yourself because a group is a distant, lifeless entity. A group does not feel or bleed, but a person does. And when we view seemingly evil people as individual beings rather than members of a group, we also begin to empathize with them on a personal level. And through this empathy comes the uncomfortable recognition that we are not so different from even the worst killers in history.

Why did he do it?” asked the media. We, the watchers of the horrible massacre, said we didn’t understand, either. I myself didn’t understand. Was he sick? Demented? Psychotic? To this day, the results of the autopsy have given no clues, with no indication that any of these reasons were to blame.

The heroes who save lives, the mass shooters who take them, and cowards who run away from challenging situations all have something in common. They all experience the tragedies of life.

Suffering is inevitable. Death is inevitable. It is the reaction to the suffering that is different and, thus, completely changes the course of their own lives and the history around them. Inside each of us are a villain, a coward, and a hero. Which one will prevail?

When we see killers as people like us rather than members of a collective, we begin understanding why people are prone to this kind of violence. Life is hard, and not giving into nihilism in a world in which everyone is destined to die is not as easy as it sounds. Rather than taking the heroic path, however, Tarrant chose to inflict suffering upon others, thus making himself a villain.

Clinical psychologist and professor Dr. Jordan B. Peterson says of mass shootings, “ I regard the mass shootings as symptomatic of the nihilism and psychological confusion that so deeply characterizes our society at the current time.” He also likes to remind his students that they are capable of perpetuating both good and evil. And until we realize that each of us is capable of committing egregious acts of violence, we will not be able to understand what drives a killer to act.

Peterson often tells his students that until they can imagine themselves as a guard at the infamous Nazi concentration camp, Auschwitz, they cannot fully understand themselves or other individuals. Horrifying as this exercise might be, picturing yourself as a killer allows us to understand that we have the capacity to be both a villain and a hero.

If nihilism and groupthink have led us to a point where mass shootings have become common, how do we curb this problem? The answer is for each of us to discover what our own unique purpose is in this life. Tarrant’s views are completely dependent on groupthink. And while he is clearly passionate about his “tribe,” none of his opinions have anything to do with fixing himself and finding his own meaning in life. And in the absence of any real individual purpose, he succumbed to the very real threat of nihilism.

Groupthink dehumanizes people by reducing each person down to the merits, or faults, of the groups they belong to rather than their own individual attributes. We must stop seeing each other as groups and blaming those groups for the evil in the world around us.