Three mothers launched a court case that may now expand education options for families across the country.

In an effort to secure the best education possible for their children, three mothers launched a court case five years ago that may now dramatically expand education options for many more families across the country. Today, the US Supreme Court struck down as unconstitutional a Montana statute that prohibited tax-credit scholarship funds from being used by families at private religious schools. Writing for the majority, Chief Justice John Roberts explains that the Montana statute “discriminated against religious schools and the families whose children attend or hope to attend them in violation of the Free Exercise Clause of the Federal Constitution.”

Back in 2015, Montana lawmakers passed a statewide tax-credit scholarship program, allowing individual taxpayers to receive up to $150 in tax credits if they donated to scholarship programs aimed at providing tuition assistance to children attending private schools. Shortly after the tax-credit scholarship program was enacted, the Montana Department of Revenue prohibited families whose children attended religious schools from accessing the scholarship funds. For three moms with children at the Stillwater Christian School, the scholarship funds were crucial in enabling them to afford the school’s tuition. They sued the state, arguing that Montana’s statute was discriminatory toward religious families in violation of the First Amendment. A trial court sided with the moms, but the Montana Supreme Court reversed the lower court ruling highlighting Montana’s Blaine Amendment that prevents public funding for religious schools.

Blaine Amendments were passed in the late-1800s as a way to stifle the growth and influence of parochial schools. As compulsory schooling laws were enacted throughout the country, beginning in Massachusetts in 1852, many Catholic families rebelled against the purportedly secular but overtly Protestant “common schools” where attendance was now mandated. They created their own network of Catholic schools, and states began passing legislation known as Blaine Amendments, named after Representative James G. Blaine of Maine, to ensure that these religious schools didn’t receive any public funding, even indirectly such as through individual tax-credit scholarships. Today’s US Supreme Court ruling is a step forward in weakening these bigoted nineteenth-century rules, that currently exist in 37 state constitutions.

Some libertarians and others might argue that there is no role for the government in funding private education (or public education, for that matter); but as Justice Samuel Alito has said, to the extent that states decide to allow funding of private education, directly or indirectly, they cannot discriminate against religious private schools in favor of secular private schools only. Alito explained that states are under no obligation to “fund private education at all, but if they choose to provide scholarships that are available to students who attend private schools, they can’t discriminate against parents who want to send their children to schools that are affiliated in some way with a church.”

Today’s high court ruling reflects the sentiments of the majority of Americans, across the political spectrum. In a spring poll conducted ahead of today’s decision with results published in The New York Times, nearly two-thirds of all US adults surveyed responded that “states should not be allowed to ban the use of subsidized scholarships for religious schools.” According to the poll, 75 percent of Republicans, 64 percent of Independents, and 54 percent of Democrats agree with this statement.

Parents want more education options for their children. According to EdChoice, more than 80 percent of US K-12 students attend a district school but fewer than one-third of their parents prefer to have them there. This represents an enormous choice gap in American education. Prompted by three moms who found this choice gap unacceptable, today’s court ruling will help more parents find and fund the best educational fit for their children. 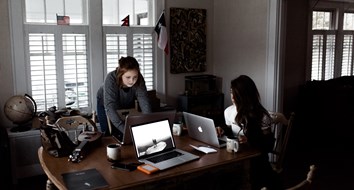 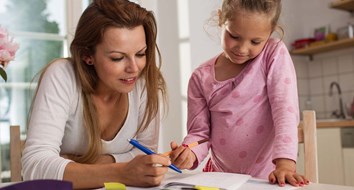 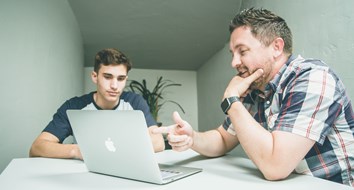 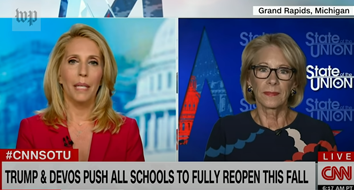