Socialism’s Record Has Been Pain, Not Gain (Especially for the Poor)

Capitalism, not socialism, has lifted over a billion people out of poverty worldwide since 1990. 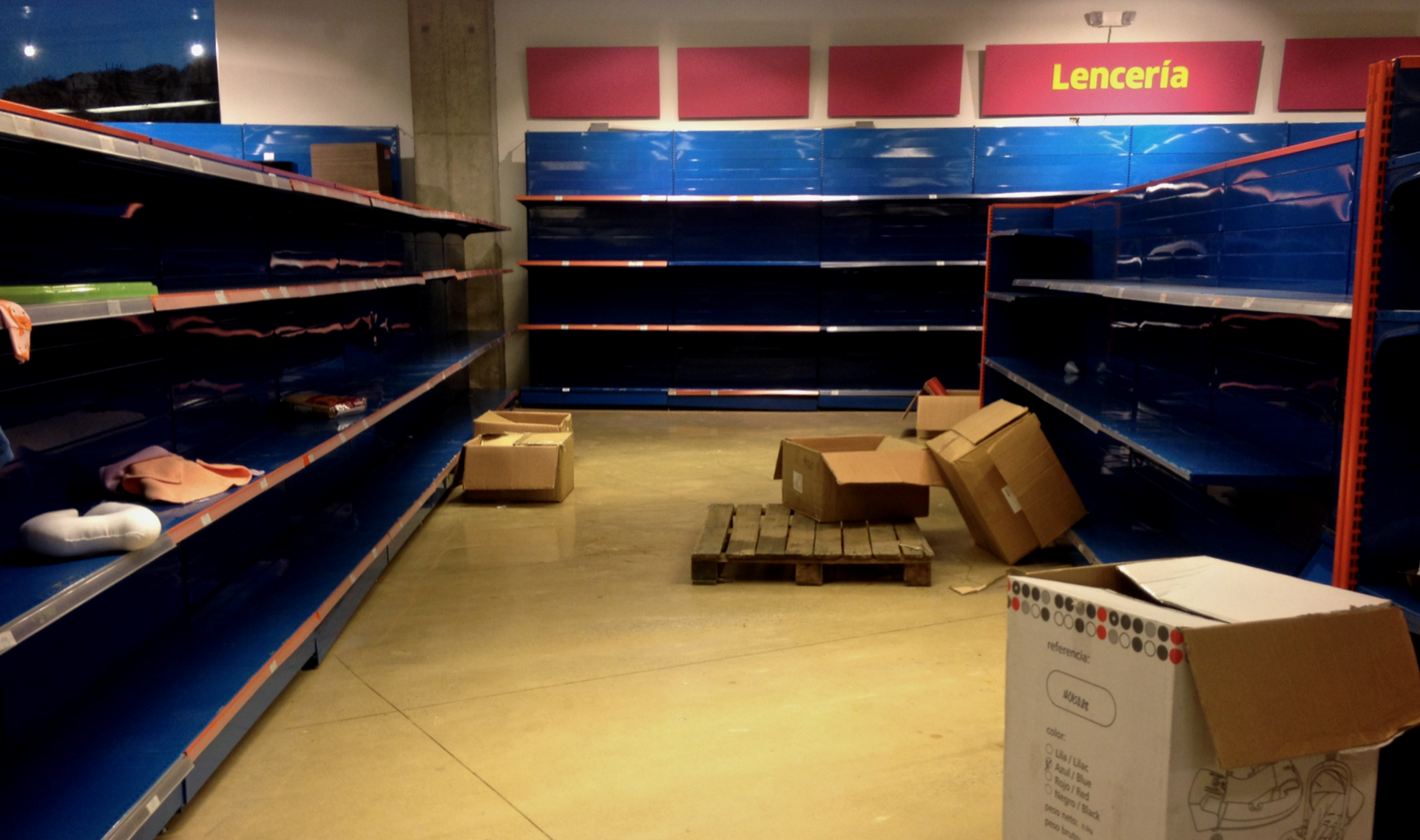 The overarching message of “The Opportunity Cost of Socialism”—a study recently released by the president’s Council of Economic Advisers (CEA)—is that the advocacy of socialism cannot reasonably be based on policy preferences; its attraction has always been grounded in a combination of wishful thinking and ignorance. For example, the new CEA study shows that the socialist approach to “single payer” health care advocated by many on the left would cost much more and deliver much less, resulting in the significant worsening of mortality and morbidity, not just higher taxes and reduced economic growth.

One prominent opinion page editor described the CEA study’s conclusions to me as too obvious to warrant mention. That reaction reflects the problem the study seeks to remedy. Obvious facts about socialism are not discussed enough. Few people are willing to read 50-page studies like the CEA’s, and there has been very little media coverage of it—journalists or politicians who could summarize the CEA findings haven’t seen sufficient reason to do so (or may themselves be among the uninformed advocates of socialism). That is too bad because the ignorant advocacy of socialism is currently a significant threat to our democracy.

Socialism has existed in many forms that lie on a continuum, from the central planning nightmare of the USSR to the Scandinavian democratic experiments of several decades ago. The idea that unites the various embodiments of socialism along that continuum is that economic freedom is counterproductive to the aspirations of humanity. It would be far better and fairer, socialists argue, for the state to distribute scarce resources rather than letting the market allocate goods and services by itself. Socialism seeks control of economic decisions, either through central planning or through expropriative taxation and regulation, in the interest of the common man.

The difference between market-based and socialist economies is not the presence of redistributive policies per se. For over a century, around the world, market-based economies have taxed and redistributed wealth and provided a host of services such as public education and care for the poor, sick, and elderly. The difference is that in market-based systems, taxation is regarded as an unfortunate burden employed out of necessity to ensure that other priorities are achieved. In contrast, in socialist regimes, taxation is not regarded as an undesirable consequence but as a means to prevent individuals from counterproductively controlling their collective economic destiny.

Socialism’s appeal has always been its false promise to create wealth better than capitalism can.

Socialism’s appeal has always been its false promise to create wealth better than capitalism can. Advocates of socialism promise great economic achievements, which they argue are worth the price of reduced individual economic liberty. It is worth remembering that Karl Marx regarded socialism as an economic necessity that would emerge out of the ashes of capitalism precisely because capitalism would fail to sustain wealth creation. Marx made many specific, and erroneous, predictions about capitalism, including its declining profitability and rising unemployment. His analysis did not consider permanent economic growth in a capitalist system to be a possibility. And his “historical materialist” view of political choice claimed the rich and powerful would never share power voluntarily with their economic lessers, or create social safety nets. Writing in the mid-19th century, Marx fundamentally failed to understand the huge changes in technology, political suffrage, or social safety net policies that were occurring around him.

Not only has socialist theory been wrong about the economic and political fruits of capitalism, but it also failed to see the problems that arise in socialist governments. Socialism’s record has been pain, not gain, especially for the poor. Socialism produced mass starvation in eastern Europe and China as it undermined the ability of farmers to grow and market their crops. In less extreme incarnations, such as the UK in the decades after World War II and before Margaret Thatcher, it stunted growth. In most cases, socialism’s monopoly on economic control also fomented corruption by government officials, as was especially apparent in Latin American and African socialist regimes. The adverse economic consequences of socialism led the Scandinavian countries to dial back their versions of socialism in the past decades. If the United States had imitated Scandinavian-style socialism, the CEA study estimates, our GDP today would be 19 percent lower.

Socialism has been abandoned in virtually all of the developing world. Countries today do not seek to emulate the disasters of North Korea, Cuba, or Venezuela.

Socialism has been abandoned in virtually all of the developing world. Countries today do not seek to emulate the disasters of North Korea, Cuba, or Venezuela. They also avoid high taxation of the rich. That reflects the recognition that countries compete with each other for capital. Expropriating the rich tends to make them leave, and when they leave, they take their wealth with them.

This philosophical shift in the developing world is a major change since the 1980s when socialism was still fashionable among some. The shift away from socialist thinking was grounded in the growing body of empirical evidence about the kinds of policies that produced growth and poverty alleviation—that is, policies that used markets as a lever of economic development. Now developing countries such as Mexico, Brazil, Colombia, Chile, India, China, South Africa, Vietnam, Thailand, and Indonesia are known as “emerging economies,” a description that recognizes their need to emerge from state control of their economies through privatization, free trade, and the creation of viable private financial intermediaries to promote growth and poverty alleviation. All around the developing world, socialism is understood as a false promise, an ideological opium that repressive elites use to retain and expand power. Capitalism, in contrast, is seen as the force that has lifted over a billion people out of poverty worldwide since 1990.

Government policies that safeguard a combination of personal economic freedom and secure property rights and the ability of individuals to gain personally by participating in markets have promoted the effort and innovation that conquered poverty and promoted growth through the ages.

To historians, that was obvious long before the 1980s. Socialism has never conquered poverty. It has never competed with capitalism as a means of effectively allocating resources and promoting sustainable growth. Over the past half century, scores of economic historians have sought to explain the factors that produced the economic progress that Europe and some of its offshoots enjoyed in the 18th-20th centuries. This group of scholars, which includes Angus Maddison, Joel Mokyr, Eric Jones, David Landes, Deirdre McCloskey, and Douglass North, tends to hold quite diverse political preferences, but these individuals universally agree on the facts: Government policies that safeguard a combination of personal economic freedom and secure property rights and the ability of individuals to gain personally by participating in markets have promoted the effort and innovation that conquered poverty and promoted growth through the ages.

The facts about socialism and capitalism may shock the young people of America, many of whom lionize Bernie Sanders, an unapologetic socialist who honeymooned in the USSR, as the new conscience of our nation—and many of whom, 51 percent according to Gallup, now have a positive view of socialism. Only 45 percent have a positive view of capitalism. That represents a 12-point decline in young adults’ positive views about capitalism in just the past two years.  Many of these young people are thoughtful and intelligent—but they are also ignorant about the history and economics of the systems they favor or condemn. This is the main reason why they must read this important CEA study.

This article was reprinted with permission from Economics21.

Charles W. Calomiris is the Henry Kaufman Professor of Financial Institutions at Columbia University and a Distinguished Visiting Fellow at the Hoover Institution. ​