Should Fans Vote for the Oscars?

The Academy is, so to speak, caught between the Scylla of irrelevance and the Charybdis of pandering. Are the Oscars charting the right course?

This is a version of an article published in the Out of Frame Weekly, an email newsletter about the intersection of art, culture, and ideas. Sign up here to get it in your inbox every Friday.

The Academy announced a new Oscars category that will allow fans to vote for their favorite film on Twitter with #OscarsFanFavorite.

This looks like a naked attempt to bribe people to watch the Oscars amid the show's historically abysmal ratings: Voters can win a trip to the ceremony or a prize pack with free movie tickets and streaming subscriptions.

The Academy is, so to speak, caught between the Scylla of irrelevance and the Charybdis of pandering. Are the Oscars charting the right course?

​​​​​#OscarsFanFavorite raises a lot of questions. How will they make sure people only vote the allowed 20 times per day and that only votes for eligible films are counted? It sounds like a nightmare, and, the internet being the internet, it wouldn't be surprising if meme armies engineered a "Boaty McBoatface" situation. Democracy is fallible, and what a majority chooses isn't necessarily right (It's interesting to note that this is uncontroversial to say regarding voting for movies, but not about voting for politicians.) The AV Club's Reid McCarter sneered that a tsunami of troll votes will give an Oscar to Shrek (2001) or a Neil Breen film.

But the evidence does not show that this is inevitable. Scrolling through the hashtag on Twitter, most people appear to be voting for Spider-Man: No Way Home, with a surprisingly large contingent supporting tick, tick... BOOM!, Lin-Manuel Miranda's biopic about Rent creator Jonathan Larson. Maybe these contenders don't deserve awards (I have seen neither) but it's not clear that Twitter will come to a ridiculous conclusion. 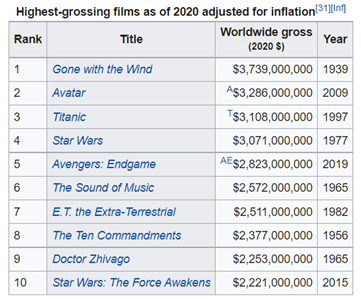 Movies that cater to the general public are often maligned as artless money grabs, and with good reason, for all the Jurassic World 3s and Boss Baby 2s that hit theaters. But would the public be worse at picking movies than the Academy that nominated Don't Look Up for Best Picture? Look through the list of the highest-grossing films of all time, adjusted for inflation. You may disagree that these are the best films of all time, but overall, they all have some artistic merit and cultural relevance that earns them their spot on this list. Only one, The Force Awakens, is, I would say, a bad movie.

In the big picture, it's not that bleak. It may be a good idea for the Academy to give an award that requires broad consensus, rather than just the agreement of a few elite judges, at least if it wants to restore its legitimacy and unite film lovers around the Oscars.

The awards show faces competing criticisms of being too pandering and too elitist, but none of its backseat-driving critics ever states a solution to this dilemma. #OscarsFanFavorite may be an unexpected solution.

Matt Hampton is the Commentary Content Associate for the Foundation for Economic Education.