Seeing Others as Collectively Evil Is the Root of All Evil 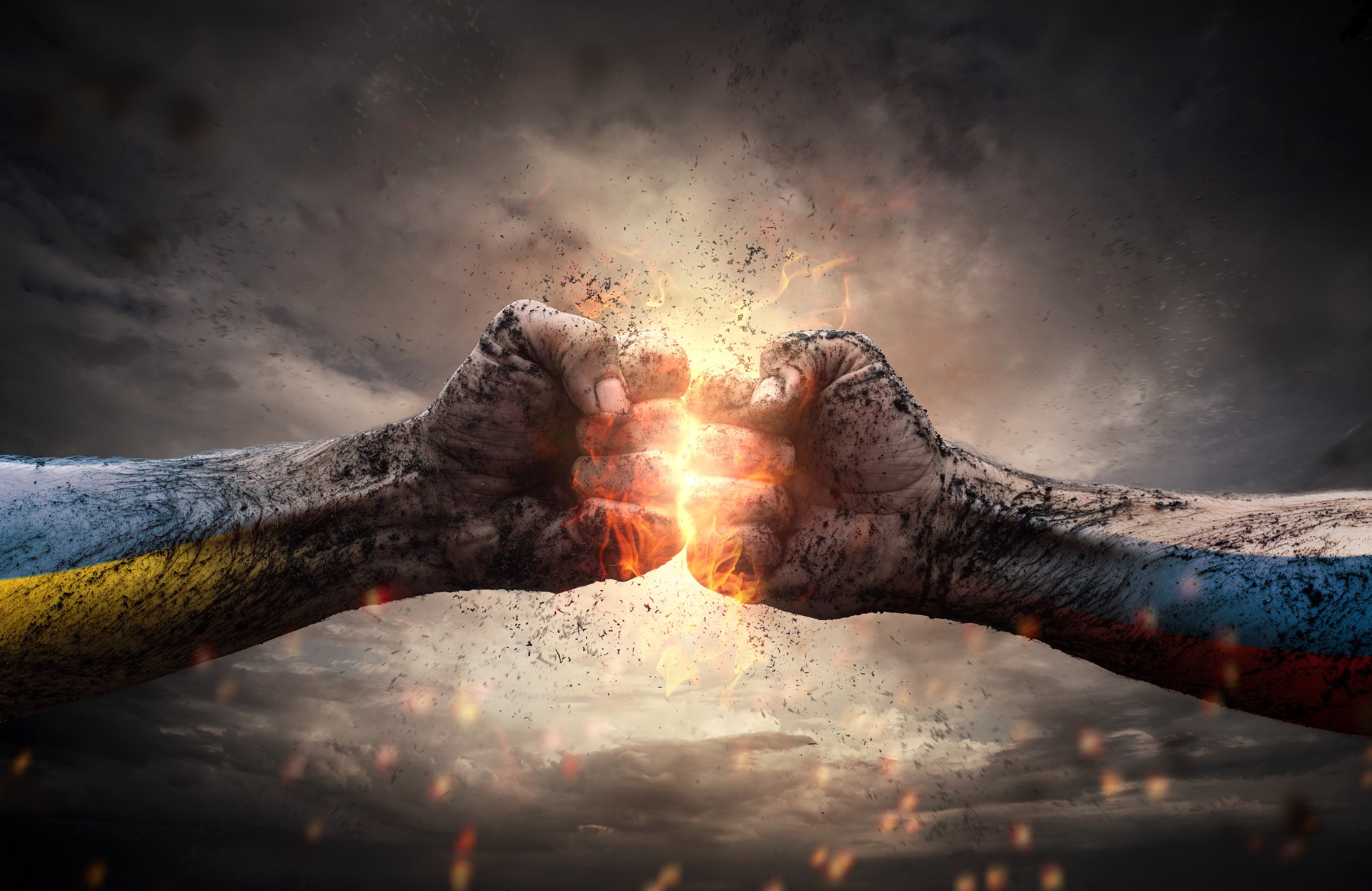 Philip Zimbardo, a former president of the American Psychological Association, observed that the American soldiers who committed atrocities at the Abu Ghraib prison were not inherently evil: “The line between good and evil is permeable. Any of us can move across it… I argue that we all have the capacity for love and evil — to be Mother Teresa, to be Hitler or Saddam Hussein. It’s the situation that brings it out.”

To hold the view that all people can do good and bad is seen as somehow detracting from the legitimacy of grievances.While most of us will never behave that terribly, almost all of us have engaged in actions that we now regret. We have experienced moving across that line between love and hate. Yet many Americans now doubt that simple truth of life; they want to place large groups of people in rigid categories of good and evil.

For some, all policemen are evil racists. Others believe that all those who live in the inner city are potential criminals. To hold the view that all people can do good and bad is seen as somehow detracting from the legitimacy of their grievances.

For instance, it may be difficult for some to believe that there are policeman who unconditionally hold in high regard the public they serve. Charles “Chip” Huth is a sergeant with the Kansas City, Missouri, police department and an instructor at the National Law Enforcement Training Center. In his book, Unleashing the Power Of Unconditional Respect, co-authored with Jack Colwell (cofounder of the Leadership Academy for the Kansas City, Missouri, Police Department), Huth tells a story of leading his SWAT team while executing an arrest warrant at the arrestee’s home.

During the raid, a middle-aged woman began to walk down the road screaming profanities. She was angry her son was in handcuffs. Members of the neighborhood began to join her. The usual police reaction would be to arrest her for disorderly conduct. Huth choose a different path:

I chose to listen to her. I just didn’t listen to her; I listened to her with the intent to understand the true nature of her message. When she finished her verbal lashing, I stated: Let me see if I understand you. You work two jobs to make ends meet. You don’t get paid that much at work, so you can’t afford to fix your car. You have to ride the bus to and from your jobs, which puts you at the mercy of the bus schedule. It also means you have to stand outside and wait for long periods of time, regardless of the weather. You worked hard today. You came home with a thought you would get off your feet and relax, but instead you find the police at your house and your son under arrest for selling drugs, and it upsets you very much.

As Huth continued to talk to the woman, the anger drained out of her face. The crowd, “initially attracted to the potential conflict, became disinterested in a civil conversation” and began to disperse.

Some officers equate "respect" for the public with "softness."Huth and Colwell recognize that their approach is not easy to sell to other policeman. Many officers believe the approach of Huth and Colwell gives “officers the appearance of weakness and exposes them to serious safety concerns.” Those skeptical officers equate “respect” for the public with "softness." They observe that “tough” officers show little respect for the public: “’Tough’ officers often wear anger and disdain as a badge of honor and always find ample reason (like the screaming lady) to justify their disdain.”

“Tough” officers, Huth and Colwell explain, endanger themselves and the public; they compromise their effectiveness in the community by angering those they are supposed to be serving:

Criminals realize that the hallmark of a disciplined opponent is self-control. The irony in the “talk tough, appear tough mentality” is that the people that it might actually intimidate are the people who lack the inclination to assault the police in the first place… Chasing and subduing those who are disinclined to commit (and are untrained in) violence becomes like a self-deluding drug. These little victories with unworthy, or untrained, opponents serve to delude officers into thinking that anger and disdain towards others serve them well and compromise a tactically sound alternative to personal character and commitment.

In short, the “Dirty Harry mentality” only provides officers an “illusion of safety and security.”

Philip Zimbardo has noted that people are seduced into evil by dehumanizing and labeling others. Police who brutalize others and those who murder police see the world in the same way – they label some as fundamentally different than they are and thus feel justified to deal with them ruthlessly. This type of thinking leads down a slippery slope. In her book about the Rwandan Genocide, Left to Tell, Immaculée Ilibagiza heard a former neighbor and friend say of her, “I have killed 399 cockroaches. Immaculée will make 400. It’s a good number to kill.”

Each side needs the other to misbehave in order to demonstrate that their own narrative is correct.America seems to be in a dangerous spiral of polarization. Each side believes that those who hold opposing views are inherently evil. When we dehumanize others, we are guilty of hating others. When we hate others, the psychological mechanism of projection kicks in. The good side in us is not comfortable with our hate. Our good side feels guilty over our choice to hate, so we project that hate out in order to relieve our often unconscious guilt. Where do we project our hate? We see it in the group that we have dehumanized.

As the Arbinger Institute points out in their book The Anatomy of Peace, we will see the world in a skewed way in order to justify our emotions: “When we need to be justified, anything that will give us justification will immediately take on exaggerated importance in our lives.” Further, “The surer I am that I am mistreated, the more likely I am to miss ways that I am mistreating others myself. My need for justification obscures the truth.”

Those who hate need each other in order to justify their hatreds. Each side needs the other side to misbehave in order to demonstrate that their own narrative is correct. Politicians add to the polarization for their own personal benefit; the more angry emotions they arouse, the more they believe the public will see a need to elect them. The success of both Clinton and Trump seems to depend upon their success in splintering Americans.

Decades ago on vacation, right before Christmas, we got a telephone call in New Hampshire from our neighbor in Baltimore; four big boxes were sitting on our front porch. Realizing that the snowshoes we’d ordered for our vacation had been shipped to Baltimore, my wife called the company immediately. The first person who answered the phone saw instantly that the company had made the error. She said she would call back shortly, and did so within a half-hour. It was 8 p.m., and already she had arranged for FedEx to return that evening to our Baltimore home, retrieve the boxes, and make the delivery to New Hampshire by the next morning. And that is exactly what happened. The company was L.L. Bean.

"Whenever I dehumanize another, I necessarily dehumanize all that is human – including myself."Notice how the front line telephone service representative had authority to take an action that would entail a considerable expense for the company. Her authority to act was grounded in a culture of customer service that is more than a hundred years old — a culture that was built on unconditional respect for the customer.

Why don’t we see more police departments filled with officers who have unconditional respect for citizens? Why don’t our police departments embrace ideas taught by Huth and Colwell? Dan Sanchez in his essay, “From Cops to Clinton: Impunity Corrupts,” has one answer: “State agents can violate rights with reliable impunity because a critical mass of the public considers the aggression of state agents to be exceptionally legitimate.” Police departments have little incentive to root out bad apples.

In other words, L.L. Bean has to compete for business, and the organizational culture they developed is far different from that of the police department. L.L. Bean does not have “qualified immunity” (the concept is explained in Sanchez’s essay), and so they learn to respect others.

The way out is for us to choose to not dehumanize others nor see others through the simplistic lenses of good and evil. As we stop polarizing, our candidates will necessarily follow. Our own personal development depends upon our choices. As the Arbinger Institute writes in The Anatomy of Peace, “Whenever I dehumanize another, I necessarily dehumanize all that is human – including myself.”