The era of employee cafeterias may soon be coming to an end thanks to two San Francisco city officials. 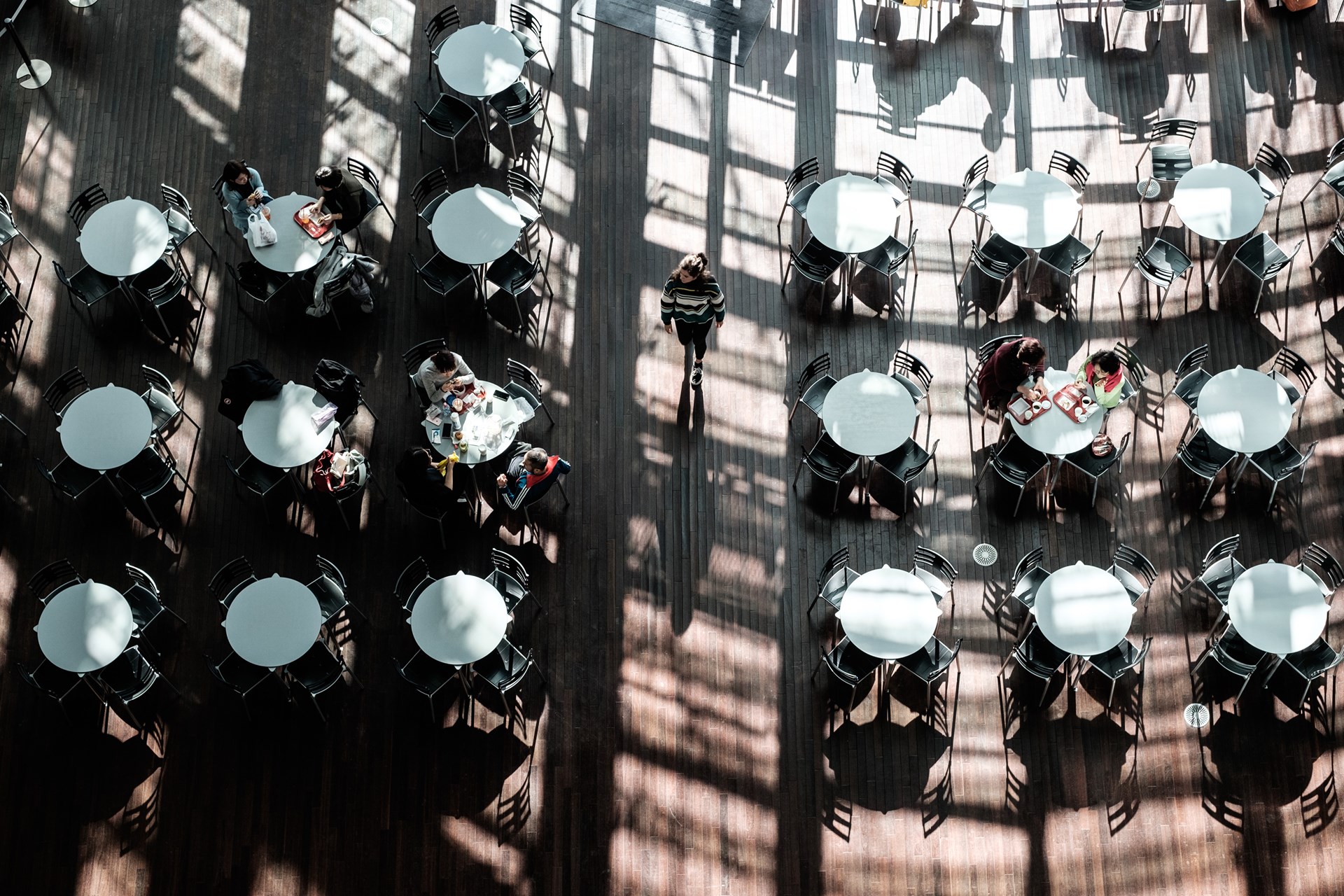 Silicon Valley is no stranger to competition. The race to produce cutting-edge tech products that set you apart from the crowd is never-ending in a sector that is constantly upgrading. And in order to dominate the market, you have to be the best. But in addition to the market pressure tech companies face when it comes to the actual products, each brand is also vying to employ the best talent.

One of the most common perks provided by tech giants is onsite cafeterias where quality food is provided to employees at no extra cost.

In the hunt for talented employees, both big tech companies and smaller startups have offered perks to sweeten the deal for potential employees. Google famously provided nap pods for its employees while other tech giants have offered onsite massages and doctors in order to look more appealing for job seekers. One of the most common perks provided by tech giants is onsite cafeterias where quality food is provided to employees at no extra cost.

In addition to increasing productivity by incentivizing employees to stay onsite and take shorter lunches, offering free food also provides relief to employees. And since Silicon Valley is not known for its low cost of living, free food is a real draw for potential employees. If they were going to have to pay astronomical costs to live in the city— sometimes as high as $3,400 a month for a one-bedroom apartment—then at least they could save a few bucks by eating lunch for free. This in-kind payment may be cheaper to provide than you’d think since the company might be able to get better deals on the food than individuals, since they’re buying in bulk.

The new measure is more about protectionism and government control than anything else.

When “Buy Local” becomes a Weapon

In 2011, tech companies were given a payroll tax break in exchange for moving into Mid-Market, a rough area in San Francisco near City Hall. The city had hoped that if these tech companies moved into the neighborhood, they would bring jobs and commerce with them. But this plan has not unfolded quite like city officials had planned.

While the tech companies themselves are doing just fine, other local businesses are struggling to keep their doors open. Many restaurants, in particular, had to close due to an inability to draw in customers. Of course, the restaurateurs were naturally frustrated but they chose to blame their low sales on the tech companies.

They reasoned that since some of these companies provide cafeterias, employees were choosing to stay on site to purchase food or snacks, rather than going to a nearby restaurant or cafe. Gwyneth Borden, executive director of the Golden Gate Restaurant Association, supported the cafeteria ban saying, “you can’t compete with free.”

And while it is surely more convenient to blame other people than it is to reevaluate your business plan, there are many other factors to consider when looking at this struggling neighborhood.

San Francisco is infamous for being disgusting. In addition to seeing people defecate in the street, it is not uncommon to see used needles and hard drug use taking place right outside of the buildings that are currently home to Square, Twitter, and Uber. In fact, each of these buildings is heavily secured in order to keep the craziness of the streets at bay. Recently, one store owner in this neighborhood had to kick someone out of his store for taking his pants off. That same person later came back to urinate on the store’s window. However, this same business owner has also been shocked that his store isn’t thriving when clearly, there are other issues far more problematic than free cafeterias.

The presence of these tech companies cannot magically clean up the streets of San Francisco.

The presence of these tech companies cannot magically clean up the streets of San Francisco. But city officials are acting as though Square, Twitter, and Uber are somehow failing to live up to the terms of the tax break by failing to transform the city. But the only thing required of these companies in order to receive the tax break was to move into Mid-Market, which they have.

Peskin, one of the architects of the new ban, tried to blame the tech industry and their lack of community for the continued degradation of the neighborhood saying:

“We don’t want employees biking or driving into their office, staying there all day long and going home. This is about getting people out of their office, interacting with the community and adding to the vibrancy of the community.”

But unfortunately for Peskin, city officials do not have the authority to dictate its residents behavior, especially when it comes to commerce.

James Manning, the director of user experience at Dolby Laboratories commented on the new measure to ban employee cafeterias:

“I’m not in favor of local government mandating where I can and cannot eat. The idea the food doesn’t need to be subsidized, that tech workers make so much, is a fallacy. Tech workers, the vast majority, with the cost of living here, are not wealthy.”

To be sure, when Manning speaks of subsidies, he speaks of them in a private fashion. To call these lunches “free” would be misleading, as they are subsidized by the companies and are a type of employee benefit. Choosing to offer free food to your employee is something you are doing at your own cost as a means of compensation for your employees. If, like many already do, a tech company chooses to offer onsite doctors to its employees, the government wouldn’t tell them to stop this practice because the neighborhood doctors were missing out on patients. And yet, this type of regulatory chaos is exactly what is happening with the cafeterias.

But as with most regulations, when you dig deeper you uncover the underlying motivation: protectionism from others refusing to compete.

Protectionism from All Angles

Competition is tough. No one has ever said anything to the contrary. And when you have sacrificed your life savings to get a business off the ground only to see it fail, it is absolutely understandable for someone to be angry. But blaming others does little to remedy the problem. The same can be said for trying to legislate individual behavior in order to rig the competition; it is never justified and always wrong. But this is exactly what some of the neighboring businesses are doing.

Setting up shop in the Mid-Market neighborhood was a risk from the get go. After all, the homelessness and prevalent drug abuse had been there long before the new tech companies moved into town. Each entrepreneur knew this before opening their doors, but they relied on companies like Square and Twitter to hand them customers on a platter, rather than work for them.

The food being offered at these “off campus” restaurants was not enough to compete with the free lunch offered on site.

Unfortunately, the food being offered at these “off campus” restaurants was not enough to compete with the free lunch offered on site and it was certainly not enough to coax these employees out onto the dangerous streets. But this does not justify the creation of new laws.

To make matters worse for the tech companies, they are dealing with protectionism from all angles. Not only are restaurant owners angry, but other tech companies are seeing this proposed regulation as a chance to compete for talent.

“This could even the playing field a bit,” Paul Rava, the chief financial officer at Credit Sesame said. Credit Sesame is a startup that provides free credit scores and does not provide a cafeteria to its employees. Rava believes that by implementing this ban, his company along with others like Salesforce, which also does not have a cafeteria, will stand a better chance at attracting potential employees. Just like the restaurant owners, neighboring tech companies are also trying to use the government to shield themselves from competition.

The new restrictions are not set to be voted on until the fall at the earliest. One can only hope that common sense prevails in the meantime. Market competition is about a lot more than just the product you offer. Companies with great products, or great food, have often failed because their marketing strategy didn’t work, and this can also include choosing to open a business in a rough neighborhood. Location matters, especially for a restaurant, and if the neighborhood does not provide you with the sales you are looking for, you can choose to either take the risk and be ready to deal with the consequences, or move somewhere else. But resorting to protectionism in order to control the opposition is wrong. Period.