In 2018, following the nomination of Brett M. Kavanaugh to the Supreme Court, President Trump tipped his hand about who he’d be inclined to choose if given the opportunity to fill another vacancy on the high court.

That person, the New York Times observed, was Judge Amy Coney Barrett, a conservative law professor whom Trump tapped for a federal appeals court in 2017.

A week ago, it appeared the chances of Trump filling another Court vacancy in his first term were slim. However, the death of Supreme Court Justice Ruth Bader Ginsburg, who died September 18 during her 27th year on the high court just six weeks before the presidential election, means Trump will get the opportunity to send another nomination to the Republican-controlled Senate.

Some sources claim Barrett still has the edge to win the nomination, though Cuban-American federal appellate judge Barbara Lagoa is also generating buzz.

As the Brett Kavanaugh nomination and previous hearings have shown, Supreme Court battles can be nasty, even nastier than typical political battles. There’s little reason to expect the filling of Ginsburg’s seat to be any different—even if it wasn’t coming just weeks before a presidential election—so it’s no surprise to see that news media are already dissecting Barrett’s court opinions.

Just 48 hours after Ginsburg’s death, the Washington Post ran an article on Barrett’s opinion in Doe v. Purdue University, a Title IX—the rule prohibiting sex-discrimination in public education —case involving a Purdue student (John Doe) who was suspended by the university after being accused of sexual assault by a former girlfriend (Jane Doe).

According to John Doe, as described by a court summary of the case, the couple met in Purdue’s Navy ROTC program and started dating in the fall of 2015. They soon began a sexual relationship. In December, Jane attempted to take her own life in front of John. He reported the attempt to the school, and the couple ceased dating.

“A few months later, Jane alleged that in November 2015, while they were sleeping together in his room, she awoke to John groping her over her clothes without consent,” the Washington Post reports. “Jane said she objected and that John told her he had penetrated her with his finger while they were sleeping together earlier that month. John denied the allegations and produced friendly texts from Jane after the alleged November incident.”

These are serious charges that demand a serious appraisal of the facts and due process. But like plaintiffs in Title IX cases—some 600 lawsuits have been filed against universities since Barack Obama’s Education Department issued its “Dear Colleague” letter to schools warning them they’d lose federal funding if they didn’t prioritize complaints of sexual assault—John Doe encountered something else.

Court documents show the hearing resembled a show trial, including a false confession, that resulted in a year-long suspension of John Doe that cost him a spot in the ROTC program.

“Among the university’s alleged missteps cited by the court: John Doe received a redacted copy of investigators’ report on his case only moments before his disciplinary hearing. He discovered that the document did not mention that he had reported Jane’s suicide attempt and falsely asserted that he had confessed to Jane’s allegations,” the Post reports. “Jane Doe did not appear before the university panel that reviewed the investigation; instead, a written summary of her allegations was submitted by a campus group that advocates for victims of sexual violence.”

All of this fits the pattern of the kangaroo courts universities established after the Dear Colleague letter. As Reason has spent the last several years documenting, these cases tend to presume individuals guilty until proven innocent, while depriving them of the due process necessary to prove their innocence.

Barrett is hardly alone in her jurisprudence regarding the importance of due process. As the Post concedes, campus kangaroo courts were widely criticized by civil libertarians across the political divide.

“Judges of all stripes around the country have been concerned with fairness in these proceedings,” said Nancy Gertner, a Harvard Law School professor and retired federal judge appointed by President Clinton.

It was these concerns that prompted US Secretary of Education Betsy DeVos to issue new rules to Title IX hearings in April that strengthened the rights of those accused of sexual misconduct, including the right to cross-examine accusers and preventing investigators from also serving as case judges. (Former Vice President Joe Biden has said he’d reverse Devos’s ruling if elected president, which prompted some to point out that Biden, who like the current president stands accused of sexual assault, would be guilty under the current standard.)

Few would argue that protecting the rights of sexual assault victims is important, but it’s worth noting that among the critics of the previous standard was Ruth Bader Ginsburg.

The Post admits the “feminist icon, surprised some victim’s advocates in a 2018 interview with the Atlantic magazine” when she said many of the criticisms of college codes were legitimate.

“The person who is accused has a right to defend herself or himself, and we certainly should not lose sight of that,” Ginsburg said. “There’s been criticism of some college codes of conduct for not giving the accused person a fair opportunity to be heard, and that’s one of the basic tenets of our system, as you know, everyone deserves a fair hearing.”

Ginsburg is correct that due process and a fair hearing for the accused are fundamental principles of the American system. Yet hundreds of individuals who believe they were denied fair hearings and are seeking redress from universities have found the path difficult due to legal technicalities.

Plaintiffs tend to claim their rights were violated in two ways: 1) the unveristiy violated the plaintiff’s right to due process; 2) the school discriminated against the plaintiff on the basis of sex, violating Title IX.

Prior to Purdue vs. Doe, the Post reports, courts often upheld accused student claims of due process violations “but rejected their Title IX arguments on the grounds that the students had failed a complicated series of legal tests first established in 1994.” Essentially, plaintiffs had to prove not just that their due process rights were violated, but that they were violated on the basis of their sex.

Barrett’s ruling, however, was instrumental in lowering the burden of proof plaintiffs had to show.

“It is plausible that [university officials] chose to believe Jane because she is a woman and to disbelieve John because he is a man,” Barrett wrote in her opinion, citing the political pressure the Obama administration had put on schools to address sexual assault.

Barrett’s opinion was adopted by other courts, and it was this reasoning that caused women’s rights groups to criticize the appellate judge.

Emily Martin of the National Women’s Law Center bristled at the idea of “replacing [Ginsburg] with a judge who is eager to use the language of sex discrimination in order to defend the status quo, and to use the statutes that were created to forward gender equality as swords against that very purpose.”

We’ll never know if Ginsburg would have believed it was plausible to assume that sex played a role in the university show trials that allowed hundreds of people accused of sex crimes to be found guilty without due process or a fair hearing.

What we do know is that on the broader issue of campus kangaroo courts, Ginsburg and Barrett found common ground.

“We have a system of justice where people who are accused get due process, so it's just applying to this field what we have applied generally,” Ginsburg told The Atlantic in 2018.

Indeed. It was for this reason that America’s founders carved out specific protections for the principle, declaring in the Fifth Amendment that no person shall “be deprived of life, liberty, or property, without due process of law… .”

Universities have long been able to deny due process to students accused of sexual crimes, because the allegations against them are not criminal charges. This is a grave injustice.

Accusing individuals of heinous sexual misconduct is a serious matter. A verdict of guilt will be carried with students for the rest of their lives and has the potential to impact their career and future earnings, not to mention their reputation. Such matters are far too serious to withhold from the accused fundamental tenets of our system designed to ensure justice and fairness.

Justice Ginsburg and Judge Barrett might have had starkly different constitutional views, but on this basic idea of justice they found common ground. 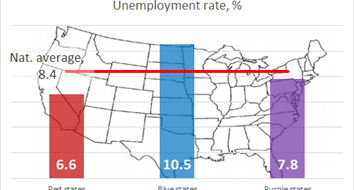