Plastic bags are less than one percent of all litter. 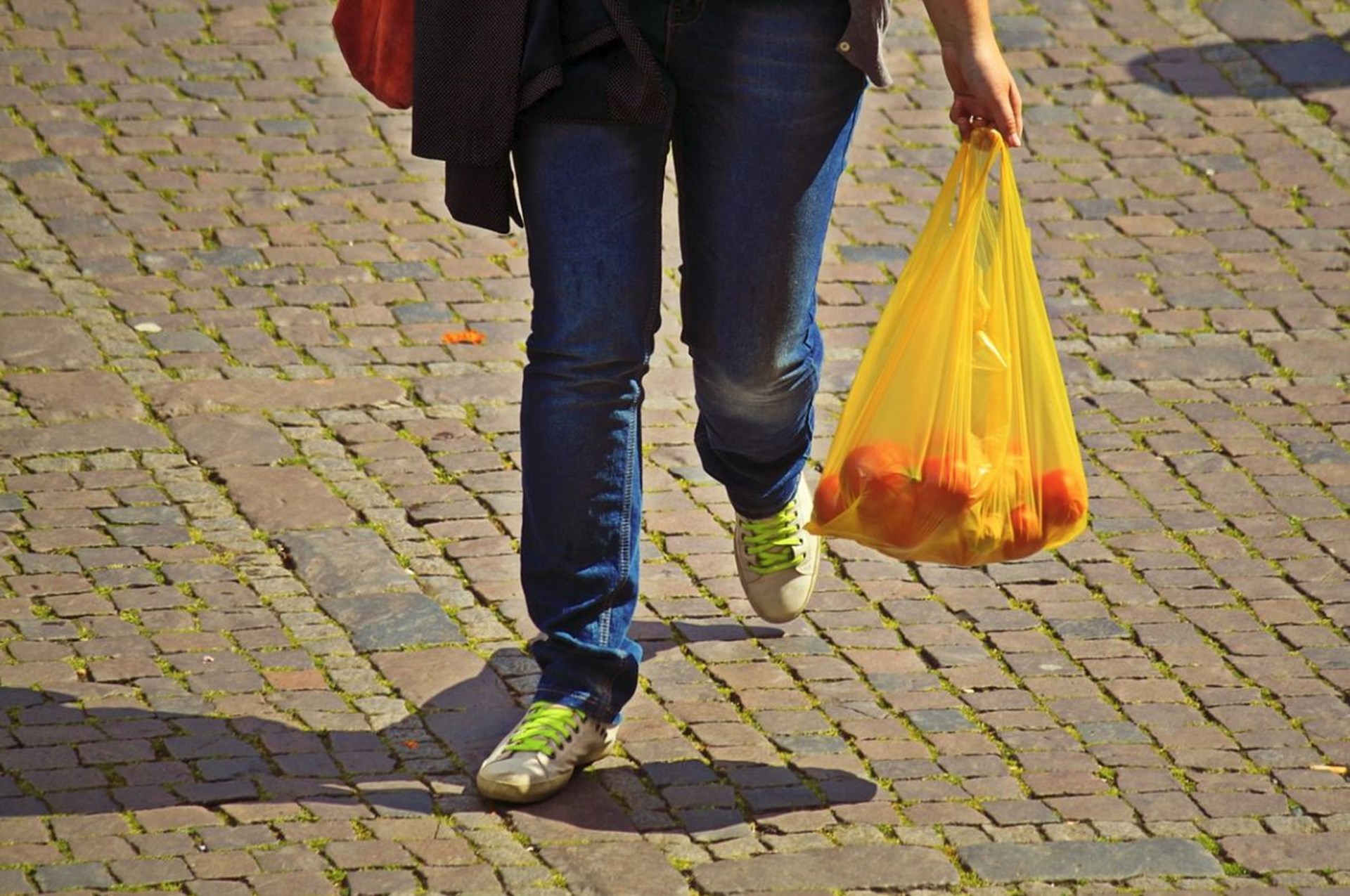 New York lawmakers have followed California’s lead and decided to ban grocery stores from giving customers plastic bags. They hope shoppers will use their own cloth bags instead. This ban on plastic bags will harm shoppers in multiple ways.

As Daniel Frank sarcastically notes, “Reusable tote bags” can “cause food poisoning but at least they’re worse for the environment than plastic bags.” He cites Jon Passantino of BuzzFeed News, who observes, “Those cotton tote bags that are so trendy right now have to be used *131 times* before it has a smaller climate impact than a plastic bag used only once.” Yet, there are progressives who want to ban plastic grocery bags in favor of reusable cloth bags.

Plastic bags are less than one percent of all litter. Moreover, alternatives like cloth and paper bags are in many cases worse for the environment than plastic bags, and far worse for public health. That was illustrated by a 2011 legal settlement between plastic bag makers and an importer of reusable bags, ChicoBag. The plastic bag makers sued ChicoBag for its use of false claims about the recycling rate and environmental impacts of plastic grocery bags in its promotional materials. (Those false claims are also the basis for municipal bans and taxes on plastic bags.)

Plastic bags are “less than 0.5% of the litter stream,” according to the head of the National Black Chamber of Commerce.

Under that settlement, ChicoBag was required to discontinue its use of its counterfeit EPA website and make corrections to its deceptive marketing claims, which had included sharing falsified government documents with schoolchildren. It was also required to disclose to consumers on its website that reusable bags, in fact, need to be washed.

Reusable bags “are a breeding ground for bacteria and pose public health risks — food poisoning, skin infections such as bacterial boils, allergic reactions, triggering of asthma attacks, and ear infections,” noted a 2009 report.  Harmful bacteria like E. coli, salmonella, and fecal coliform thrive in reusable bags unless they are washed after each use, according to an August 2011 peer-reviewed study, “Assessment of the Potential for Cross-contamination of Food Products by Reusable Shopping Bags.”

Among the inaccurate claims that ChicoBag could no longer make after the settlement is one that contrasted the environmental impact of plastic versus reusable bags. Contrary to ChicoBag’s previous claims, a study done for the U.K. Environmental Agency showed it would take 7.5 years of using the same cloth bag (393 uses, assuming one grocery trip per week) to make it a better option than a plastic bag reused three times. See “Life Cycle Assessment of Supermarket Carrier Bags,” Executive Summary, 2nd page.

As an earlier report on the subject noted (see p. 60):

[A]ny decision to ban traditional polyethylene plastic grocery bags in favor of bags made from alternative materials (compostable plastic or recycled paper) will be counterproductive and result in a significant increase in environmental impacts across a number of categories from global warming effects to the use of precious potable water resources. … [T]he standard polyethylene grocery bag has significantly lower environmental impacts than a 30% recycled content paper bag and a compostable plastic bag.

As the UK Environmental Agency pointed out in July 2011, a

cotton bag has a greater [harmful environmental] impact than the conventional [plastic] bag in seven of the nine impact categories even when used 173 times. … The impact was considerably larger in categories such as acidification and aquatic & terrestrial ecotoxicity due to the energy used to produce cotton yarn and the fertilisers used during the growth of the cotton (see p. 60).

Starch-polyester blend bags have a higher global warming potential and abiotic depletion than conventional polymer bags, due both to the increased weight of material in a bag and higher material production impacts (see Executive Summary).

As Environmental Protection noted in 2010:

Reusable grocery bags can serve as a breeding ground for dangerous food-borne bacteria and pose a serious risk to public health, according to a joint food safety research report issued by researchers at the University of Arizona and Loma Linda University. The study — which randomly tested reusable grocery bags carried by shoppers in the Los Angeles area, San Francisco, and Tucson, Ariz. — also found consumers were almost completely unaware of the need to regularly wash their bags.

“Our findings suggest a serious threat to public health, especially from coliform bacteria including E. coli, which were detected in half the bags sampled,” said Charles Gerba, Ph.D., a University of Arizona environmental microbiology professor and co-author of the study. “Furthermore, consumers are alarmingly unaware of these risks and the critical need to sanitize their bags after every use.” The bacteria levels found in reusable bags were significant enough to cause a wide range of serious health problems and even lead to death — a particular danger for young children, who are especially vulnerable to food-borne illnesses, he said.

The study also found that awareness of potential risks was very low. A full 97 percent of those interviewed have never washed or bleached their reusable bags, said Gerba, who added that thorough washing kills nearly all bacteria that accumulate in reusable bags.

Plastic bags are “less than 0.5% of the litter stream,” according to the head of the National Black Chamber of Commerce. That low percentage is confirmed by EPA data. (See, e.g., EPA, Municipal Solid Waste in the United States: 2009 Facts and Figures, p. 53, showing that the entire category of plastic sacks, wraps, and bags—including trash bags as well as grocery bags—together account for only a little over one percent of all municipal solid waste, and only a small fraction of overall plastics.)