On Veterans’ Day, Remember the Lies That Filled Military Cemeteries

Politicians have a long record of betraying the veterans they valorize. 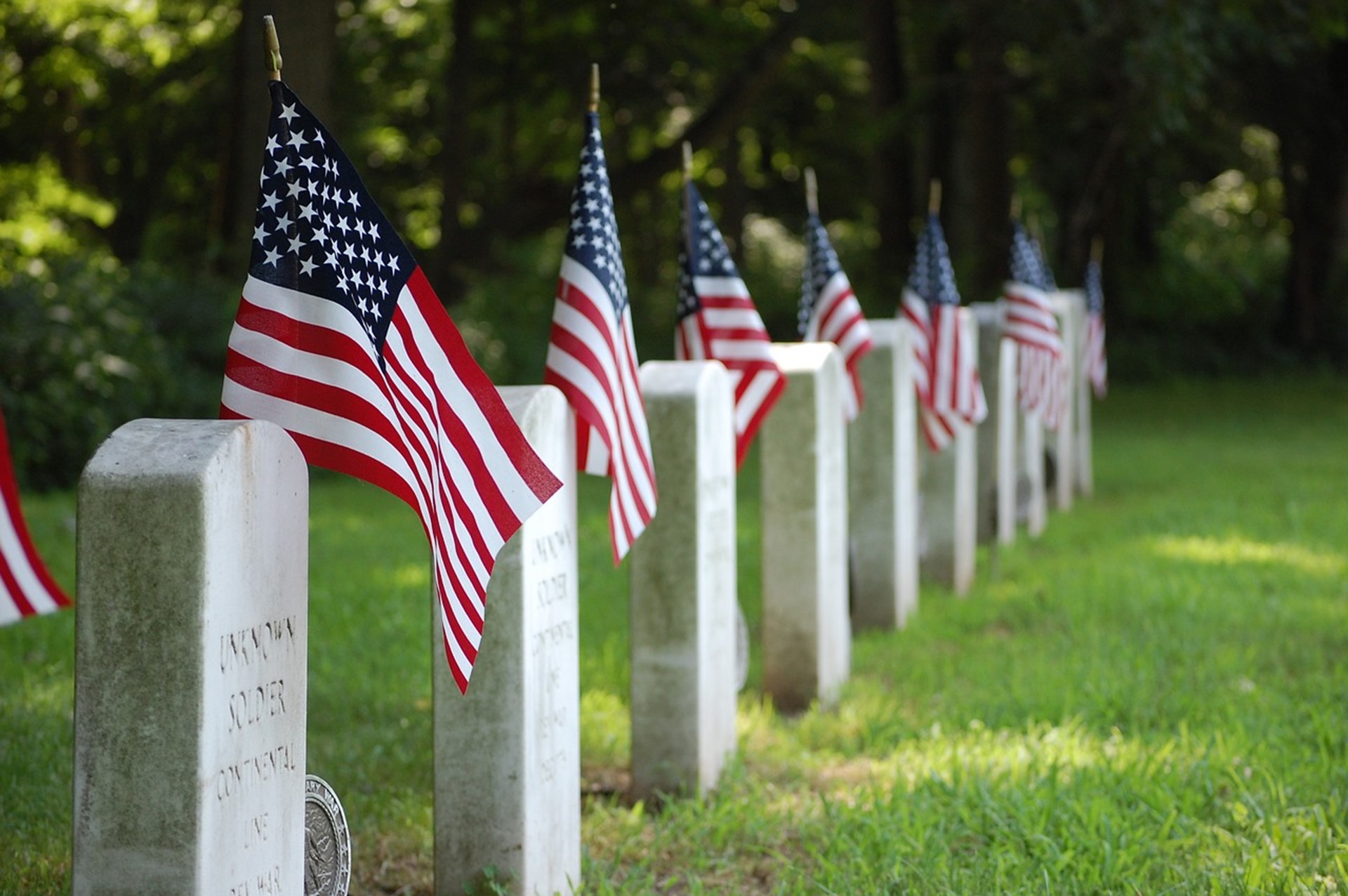 Politicians will be heartily applauded for saluting American’s soldiers today. But if citizens had better memories, elected officials would instead be fleeing tar and feathers. Politicians have a long record of betraying the veterans they valorize.

Veterans Day 2018 has been dominated by the confab of political leaders in Paris to mark the 100th anniversary of the end of World War One. American media coverage fixated on President Trump’s cancellation of one of his two visits to US military cemeteries. In his speech yesterday at a US military cemetery in France, Trump declared that it is “our duty … to protect the peace they so nobly gave their lives to secure one century ago.” But that peace was sabotaged long before the soldiers’ corpses had turned to dust. Though the American media exalted French President Emmanuel Macron’s denunciation of nationalism at the armistice anniversary, it was conniving by French leader George Clemenceau at the Versailles Peace Treaty that helped assure that US sacrifices in 1917 and 1918 were for naught.

Lying about American wars is a venerable presidential tradition. Four years ago, in a visit to Flanders Field Cemetery in Belgium, President Obama saluted the Americans who died in World War One, saying “the soldiers who manned the trenches were united by something larger—a willingness to fight, and die, for the freedom that we enjoy as their heirs.” In reality, that war was a disaster for freedom practically everywhere. Thanks to conscription, young American men had the choice of going to prison or being sent to fight a war on false pretenses.

Wilson acted as if Congress’s declaration of war against Germany also declared war on the Constitution, and he ruthlessly censored and persecuted anyone who did not cheer the war effort.

Neither Trump nor Obama can compete for the title of Supreme Fabulist on World War One—it's an honorific that President Woodrow Wilson locked up a century ago. After he was narrowly re-elected in 1916 based on a campaign slogan, “He kept us out of war," Wilson pulled America into the war claiming "the world must be made safe for democracy." Wilson acted as if Congress’s declaration of war against Germany also declared war on the Constitution, and he ruthlessly censored and persecuted anyone who did not cheer the war effort. Wilson even urged Congress to authorize detention camps for "alien enemies." More than a hundred thousand American soldiers died in the war effort, and another half million Americans perished from the Spanish flu epidemic spurred and spread by the war. Rather than a new birth of idealism, World War One unleashed chaos and led directly to the rise of Lenin, Mussolini, and Hitler—and a host of tinhorn dictators elsewhere in Europe.

A Long History of Lies

Veterans Day should be a time to recognize that the history of America’s wars is also a history of political rascality.

World War One exemplified the deceptions that propelled US conflicts abroad. Veterans Day should be a time to recognize that the history of America’s wars is also a history of political rascality.

In 1846, President James Polk took Americans to war after falsely proclaiming that the Mexican army had crossed the US border and attacked a US army outpost—“shedding the blood of our citizens on our own soil,” he claimed. But he never produced evidence to support his causa belli for a conflict that vastly expanded the nation’s boundaries and paved the way for the Civil War.

In 1898, when President William McKinley took the nation to war against Spain, he pledged not to annex foreign territory. He changed his mind after deciding to “Christianize” the Filipinos (a Catholic nation). Four thousand US troops and hundreds of thousands of Filipinos perished in the merciless crackdowns required to place those islands under the Stars and Stripes.

In 1940, President Franklin Roosevelt capped off his reelection campaign by promising voters: “ Your president says this country is not going to war. ” Though FDR portrayed World War Two as a fight for democracy, he secretly signed off on Stalin’s demand for control of almost all of eastern Europe. The result was decades of oppression for Czechs, Hungarians, Poles, and others.

Almost 60,000 American troops died so politicians could ravage the national credibility they pretended to preserve.

President Lyndon Johnson vastly expanded the Vietnam War purportedly to prevent the domino-like spread of communism (which the CIA concluded would not happen regardless). A secret 1965 Pentagon memo admitted that 70 percent of the US aim in Vietnam was simply to “avoid a humiliating US defeat (to our reputation as a guarantor).” Almost 60,000 American troops died so politicians could ravage the national credibility they pretended to preserve.

After 9/11, the US invaded Afghanistan to vanquish Al Qaeda. After top Al Qaeda leaders escaped, President George W. Bush pledged to help create a democracy and modernize that nation. Unfortunately, subsequent Afghan elections have been utterly fraud-ridden while corruption multiplied thanks largely to US aid.

President Bush justified invading Iraq in 2003 because of Saddam Hussein’s Weapons of Mass Destruction. The WMDs were never found, so Bush claimed the US would bring democracy to Iraqis. But the U.S. government helped rig subsequent elections and supported Iraqi rulers’ brutal repression of their opposition, helping spur pervasive conflicts that continue to ravage that nation.

Politicians disdain the soldiers they claim to adore. US troops are currently fighting in 14 foreign nations, from Afghanistan to Iraq and Syria to Chad, Yemen, and other locales. When four US troops were killed last fall in Niger, many members of Congress were stunned to learn of the US deployment. Congress was similarly negligent regarding rat-infested, unsanitary conditions at Walter Reed Army Medical Center in 2007. Politicians had time for hundreds of speeches touting their devotion to veterans, but few congressmen noticed the dilapidated state of the showcase military hospital in their backyard.

General Patton said that an ounce of sweat can save a pint of blood. Similarly, a few hours studying the lessons of history can prevent heaps of grave-digging in the coming years.

General Patton said that an ounce of sweat can save a pint of blood. Similarly, a few hours studying the lessons of history can prevent heaps of grave-digging in the coming years. President Trump has saber-rattled against Iran, North Korea, Syria, and other nations. His bellicose rhetoric should spur Americans to review the follies and frauds of past wars before it is too late to stop the next pointless bloodbath.

The best way to honor veterans is to cancel politicians’ prerogative to send troops abroad to fight on any and every pretext. And one of the best steps towards that goal is to remember the lies for which soldiers died.