New economic research suggests their latest experiment is not going as planned.

The Big Apple’s fast-food industry, The New York Times recently reported, has long served as a laboratory for progressive politicians and the nation’s labor machine.

But new economic research suggests their latest experiment is not going as planned.

Restaurants tend to operate on famously low profit margins, typically 2 to 6 percent. So a 40 percent mandatory wage increase over a two-year period is not trivial.

In response to the minimum wage hikes, New York City restaurants did what businesses tend to do when labor costs rise: they increased prices and reduced labor staff and hours. 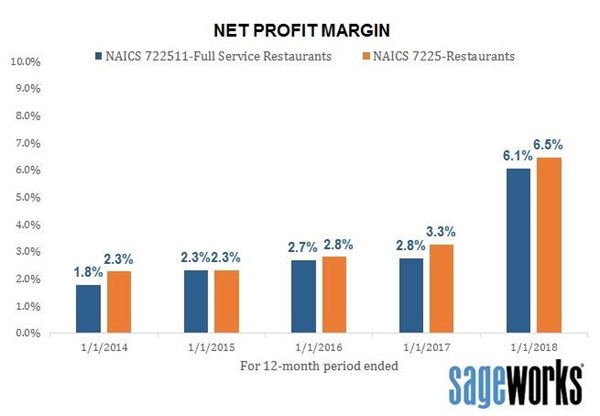 In response, New York City council members are trying to shield restaurant employees from “unfair” firings. Labor lawyer Michael J. Lotito, whose firm represents the restaurant industry, told The Times that a “just cause” firing provision for fast food employers “would be a first in the country.”

Regardless of whether or not the firings are “fair,” the data are clear: restaurant workers are losing jobs.

Recently published data from the American Enterprise Institute, a right-leaning Washington, DC, think tank, show that full-service restaurant employment declined for the first time in a decade in 2018. That year also saw the sharpest month-to-month annual decline since the attacks of 9/11. 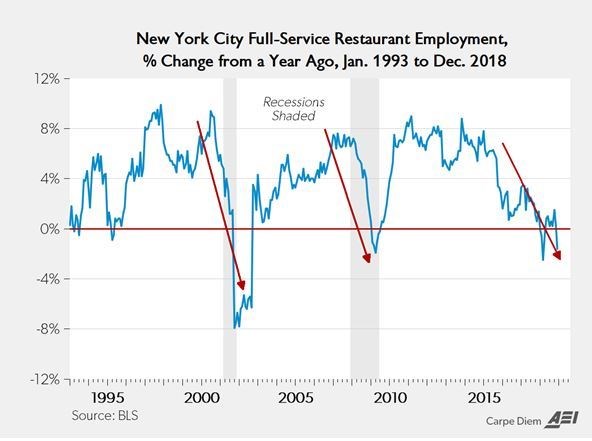 Perry says this “restaurant recession” is likely the result of the series of mandatory wage hikes that brought the city’s minimum wage to $15 an hour.

New York’s experience is noteworthy since numerous states have passed or are in the process of passing a $15 pay floor. Illinois and New Jersey recently passed laws mandating a $15 minimum wage—they will be phased in over several years, similar to New York’s law—joining California, Massachusetts, and of course New York. The Maryland House of Delegates advanced a $15 pay floor by voice vote Wednesday. The District of Columbia and some cities, including Seattle and Minneapolis, have also passed $15 minimum wage laws.

The Myth That Hurricanes Are Getting Worse (Because of Climate Change) 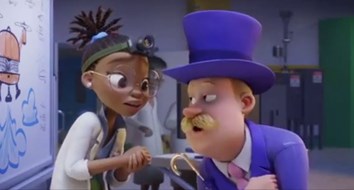 ‘Paw Patrol’ Might Be the Most Libertarian Kids Movie Ever