My Short Life On a Real Ranch

So what’s it like to live an agricultural and ranching life? You can read all the books you want but there’s no substitute for actually doing it. 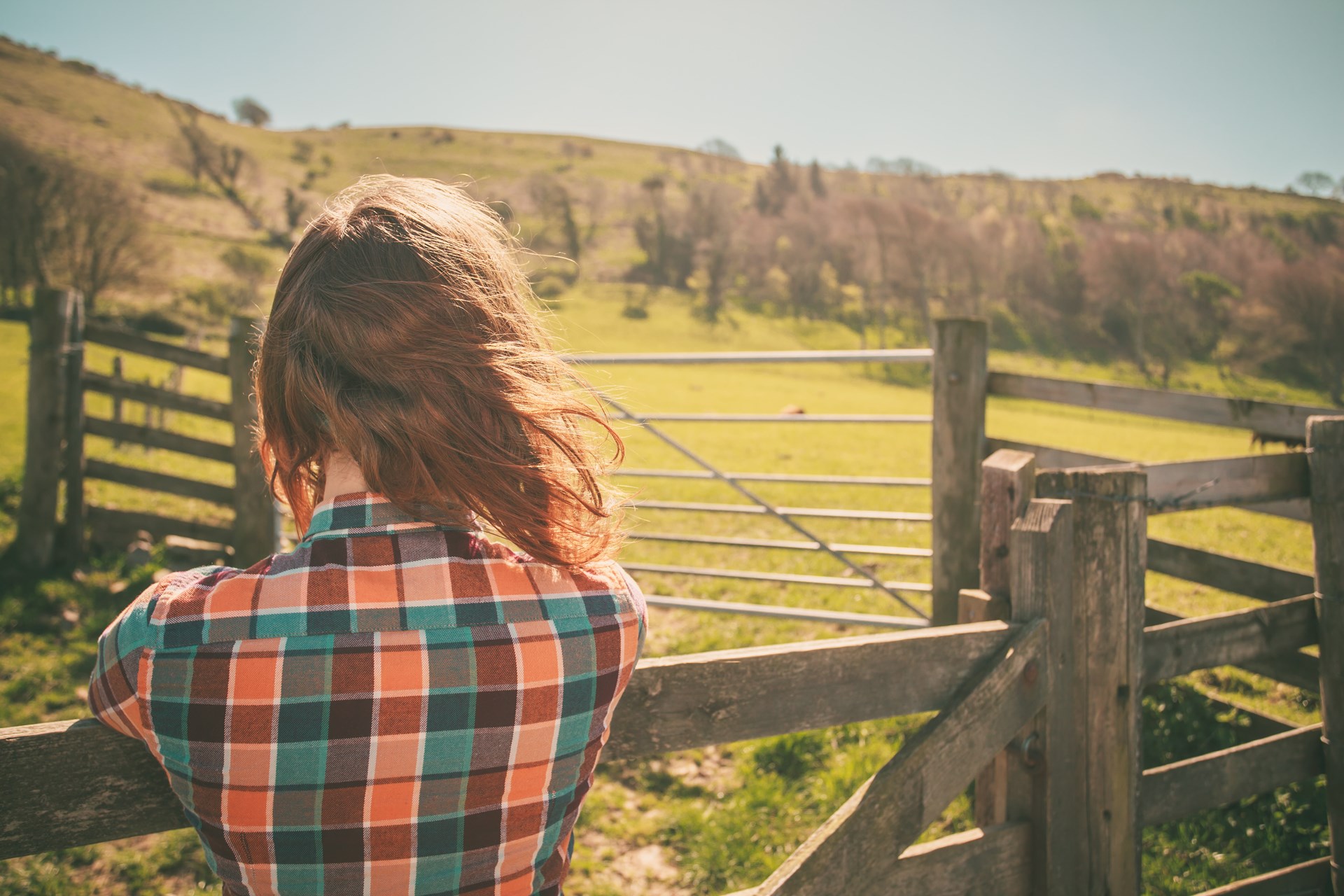 Why do we eat three meals per day? Why do we consume so many carbohydrates? Why do we think it is good to rise early? Why do we look down on morning drinking?

At least the dogs seemed enormously happy. And where do we get the idea that pie is the greatest single American treat?

I suspect much of this comes from our landed past. Eighty percent of us worked in agriculture and ranching in the early 19th century. Then everything changed; now only one percent of us do. It is now a highly specialized profession.

So what’s it like to live an agricultural and ranching life? You can read all the books you want but there’s no substitute for actually doing it.

While in college, my best friend invited me to spend time with his family. I’m not sure I expected this but he lived on a real ranch in rural Texas. They had crops, horses, cows, chickens, and various other animals, plus dogs that ran all over the place.

I’m not sure where the dogs got food and water since it seemed like no one paid any attention to them. But they seemed enormously happy. Since that time I’ve really wondered whether this is the right place for dogs (real dogs, not designer dogs), just running around vast land and eating (I guess) dead birds and mice and drinking from random pools of water.

By 8am, I was completely exhausted and insanely hungry and thirsty.I arrived early Thursday and everyone was headed to bed. I should have known something was up. I tried to go to bed at 9pm but I wasn’t very sleepy.

It seemed like a few hours later, my friend was standing over me telling me to get up. It was pitch black outside. I wondered if there was a fire. Nope. It was wakeup time at the ranch: 4am. You read that right. We sucked down a quick cup of coffee and we were out the door.

Mostly I remember wandering around in the dark, sweating. We baled hay from here to there. We did something with chickens, probably collected eggs and fed them. We stomped around fields that smelled like a cow’s sewer. I immediately realized that I was wearing the wrong shoes. There was various braying, mooing, squawking going on all around me.

This went on for four very long and bleary-headed hours. I was completely exhausted and insanely hungry and thirsty. By now the sun was up, birds were flying, dogs were barking, and the locusts were buzzing.

We made our way back to the main house.

I walked into one of the great sights I could ever hope to see in my life. It was a gigantic breakfast. The table was full. It looked like the Golden Corral. There were biscuits and gravy, sausage and eggs, ham and fried potatoes, pancakes and syrup, oranges and many other kinds of fruits.

And there were collard greens. This is more-or-less like spinach, except it is super spinachy. Like spinach plus. I’m not sure what was going on with this particular batch however. I don’t recall that it was good. Or maybe I never really associated breakfast with an intensely strong green leafy vegetable.

After we had made a big dent in the breakfast buffet, and the smoke and carnage had cleared from the explosives and killing, we headed back out to the fields.

The mother of the house was aware that I was eating a ranch breakfast for the first time. She tried to guide me. She suggested collards. I put too much on my plate. I tried them and nearly lost it. I had to hold my breath to get them down. But there was still more on my plate. I held my breath half a dozen more times and finally got them down. I have no doubt that they were “good for me.”

There was milk. I could see the cow that made the milk out the back window. It was thick, more like liquid butter than milk. I kind of gagged on that too. There was butter too. But the butter was like cheese. You can actually cut it with a sharp knife, and it tore into the toast when you attempted to spread it. There wasn’t cheese but I suppose if there had been, it would have been, in line with the general trajectory of milk products, as hard as a brick.

I couldn’t get enough of this food, at least things I recognized like pancakes, and I was busy shoveling into my mouth as much as I could because I knew we had to be back in the field in 30 minutes.

Suddenly the father of the house said, “oh, there’s that varmint again.” He walked over to the gun rack on the wall and grabbed a rifle. He went to the back window and slid it open. Then he started blasting. Two massive explosions from the shotgun and the “varmint” was vaporized.

My ears were still ringing. Somehow I had not expected that this breakfast nook would so quickly and without warning turn into a firing range. What was stranger is that neither my friend nor his mother even looked up from their plates.

After we had made a big dent in the breakfast buffet, and the smoke and carnage had cleared from the explosives and killing, we headed back out to the fields.

Everything Is Always Broken

We went to the tractor because we had to do something in the fields but it turned out that something was wrong with it. It needed some wheel adjustment, a carburetor cleaning, a blade sharpening, and several other things. That took more than an hour, and I don’t recall what we did with the tractor other than ride around in it, but then we had to stop because another task called on our labors.

Fixing things is what you do.A fence needed repairing, so we did that. Then a water well was clogged so we unclogged it. Then the chicken coop had some issue that needed fixing.

After a while I realized that nearly everything was broken. This is pretty much what we did with our mornings, just going from place to place tightening, hammering, wiring, pounding, unclogging, and so on. Fixing things is what you do. Initially I was alarmed: when do we actually do things, as versus fix things, so that we can start doing what we are supposed to do. I gradually learned that fixing is a massive part of what constitutes your actual work.

At 1:00pm, it was time to head back to the house. I was again super hungry. But I was surprised at the fare. It was just some simple sandwiches with baloney, mayo, on white bread, plus some potato chips and iced tea. The goal of lunch is to stay hungry so that you don’t lose energy in the afternoon by having your body work to digest food.

I had grown up shooting small revolvers, but these guns were different. It was very light, and we were out the door again 30 minutes later.

What followed was several hours more of fixes, cattle round ups, dragging things around, oiling machines, climbing up awkward places on barns.

By now I was seriously feeling it. My legs, arms, back, and everything else hurt. I was feeling sorry for myself but I also noted that my friend’s father, now in his 60s, was going strong and working harder than both of us. Respect! He was also careful not to drink much water, based on some theory he had that too much water was a very bad idea.

Finally about 4:00pm, my friend realized that I was falling apart and falling behind. He suggested that we call it a day and do some shooting. We went out to his make-shift shooting range, which had regular targets but also huge oil barrels which he said were fun to shoot.

I had grown up shooting small revolvers, but these guns were different. He had a selection of 44s, which I had never seen. The power of these pistols shocked and alarmed me. I recall blowing massive holes in the steel drums, for no reason. I must say that the whole experience shook me, and it was many years before I wanted to shoot again. He, meanwhile, was delighted.

After the shooting, we again went back to the house, this time for dinner. It was small slices of meatloaf and some vegetables and rolls. Not too much food actually. It was gone quickly.

Then the mother of the house brought out the thing everyone really wanted: an apple pie. We ate the entire thing. It was the one sweet treat we had all day. Wow did it taste great. I’ve never loved dessert so much. It was exactly what we wanted and needed.

By now it was about 7pm, and people started getting ready for bed. I realized that this was it, the entire day. There was nothing else. Well, maybe you could play a small board game or put some pieces in a puzzle but mostly it was time to shower and prepare for bed.

By 8pm everyone was in their bedrooms with heads on pillows, dozing off.

We said our goodbyes and started back to civilization.The next day, the entire process would start again. You do this every day but Sunday, forever. That was the whole of life. For my part, I felt like I had lived a lifetime in one day. And I was done.

I hinted that I was ready go back because… I had to study. My friend laughed knowingly, figuring that I was fibbing. But he entirely understood. We said our goodbyes and started back to civilization.

People wonder why we left that life behind, why people preferred factories, then offices, then working at home. All these transitions happened in history precisely because… this is what we desperately wanted. Humankind struggled for hundreds of years to leave all this behind. Life on the farm and ranch is far more wonderful to read about and romanticize than to actually live in real life.

God bless, and good riddance, to life on the land.Still, we carry out with us the legacy. Three meals. Carbs. Sun up, sun down. The love of sweets.

All of this we still have even if there is no apparent reason in the digital age in which so much of our work consists in clicking on tiny keys on a `10” x 8” space. It is a wholly different world, but we’ve inherited some habits from our ancestors. Culture is very sticky in that way.

Memories are too. The experience left me with the view that collards really are something you should eat. And, incredibly, I've since learned to like them.

God bless, and good riddance, to life on the land.