No matter how good our intentions are, government involvement in education is bound to create political struggles and choose winners and losers.

A mom in a Boston-area online parenting group posted earlier this week that her child’s public school chemistry class was replaced one day by some older students who gave an 80-minute presentation to the class on “white power” and “white aggression.” The parent was surprised that this occurred during her child’s science period and concerned about the racialized language and content of the presentation.

This is critical race theory, or the practice of viewing all social and cultural issues through the lens of race and racial identity and casting all human relations in terms of power structures related to that identity. It is pervading both private and public school classrooms across the country, and is embraced by the Biden administration, whose recent proposed federal rule would use taxpayer funds to award millions of dollars in American history and civics education grants that prioritize critical race theory.

I have argued that critical race theory, as it is currently implemented in schools across the country, is a harmful and divisive ideology influenced by Marxism that moves us further away from Rev. Martin Luther King Jr.’s vision of a nation that focuses on individual character, not color. It is important to speak out against this ideology that places group identity above individualism and creates a binary conflict between “oppressor” and “oppressed” in relation to race.

There is an understandable urge to use public policy to prevent this toxic ideology from seeping into US classrooms, but it is also important to recognize the limitations of government regulation in addressing critical race theory.

One of the great virtues of our country is our framework of federalism that seeks to minimize the powers of the federal government to those narrowly defined by the Constitution, while giving states wide freedom to enact policy on a variety of issues. When the federal government meddles in education, it impacts all of us. We might cheer when our preferred politician or party is in power and initiates programs we embrace, but when the pendulum inevitably swings, the cheering inevitably stops.

This is why it is just as important to oppose the Biden administration’s support for teaching critical race theory in America’s schools as it was to oppose the Trump administration’s support for teaching “patriotic education” through the proposed “1776 Commission.” The key is to limit the power of the federal government and devolve that power to the states.

One state recently took on the issue of critical race theory.

The full Idaho legislature just passed a bill preventing critical race theory from being taught in the state’s public schools and universities. The bill uses neutral language that recommits to nondiscrimination and calls for public education to “respect the dignity of others, acknowledge the right of others to express differing opinions, and foster and defend intellectual honesty, freedom of inquiry and instruction, and freedom of speech and association.” This week, I joined the Idaho Freedom Foundation to talk more about this new bill, which the governor signed into law on Wednesday.

The bill may seem benign and affirming, but in its implementation it could prevent honest and important discussions about the history of American slavery and government-sponsored racism through Jim Crow laws and redlining.

It could effectively mandate that educators ignore or gloss over real examples of past and present American racism, or avoid books and resources that bring these examples to light. Indeed, one Idaho lawmaker, Rep. Heather Scott, stated in support of the Idaho bill that teaching Harper Lee’s classic book, To Kill A Mockingbird, in schools is an example of how critical race theory has been “creeping through our schools forever.”

To Kill A Mockingbird is a fictional story of actual racism in the Jim Crow-era South where a black man is falsely accused of raping a white woman. Statewide attempts to crush critical race theory in schools could go too far in responding to overly racialized classrooms by dismissing racism altogether.

State lawmakers can and should consider these issues when debating education policy, and be held accountable by their constituents. On Thursday, the Oklahoma House of Representatives also approved a ban on critical race theory in the state’s schools, and similar legislation is being discussed in several other states.

In Idaho, some people peacefully protested the newly enacted bill, and there are likely many parents who disagree with it. If Idaho parents don’t like the state’s policy response to critical race theory in schools, they should have the opportunity to leave their assigned district school. Similarly, if my state of Massachusetts passed a bill mandating critical race theory in public schools, then parents here who disagree with that curriculum approach should also have the freedom of exit. School choice policies such as education savings accounts (ESAs), vouchers, and tax-credit scholarship programs can help more families to do this.

The trouble with government involvement in education, even at the state and local levels, is that it creates political struggles and chooses winners and losers. This is why I ultimately favor a fully privatized education system, and why I advocate for the elimination of compulsory schooling laws.

But in the absence of that ideal, statewide school choice policies allow more parents to withdraw from a mandatory school assignment for whatever reason, including their possible disagreement over curriculum and classroom ideology. These policies allow per-pupil taxpayer funding to follow the child rather than the school in the same way that food stamps follow the grocery shopper rather than the store.

Government policy, even when implemented more locally and even when we might agree with the policy, is rooted in coercion. We can minimize that coercion by reining in government and limiting the power of politicians over our lives, as well as by creating off-ramps to allow those citizens who disagree with a coercive policy to more easily opt-out.

This article was adapted from my LiberatED email newsletter. Sign up here to receive fresh, weekly content on parenting and education issues. 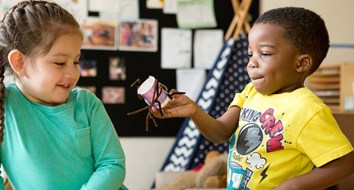 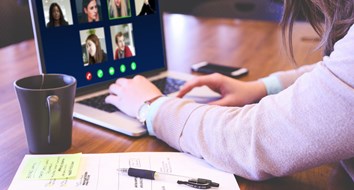 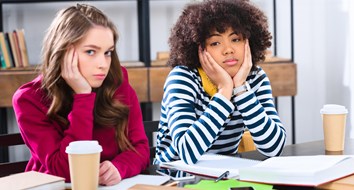