The Most Americans Ever Renounced US Citizenship in 2015

And taxes are to blame 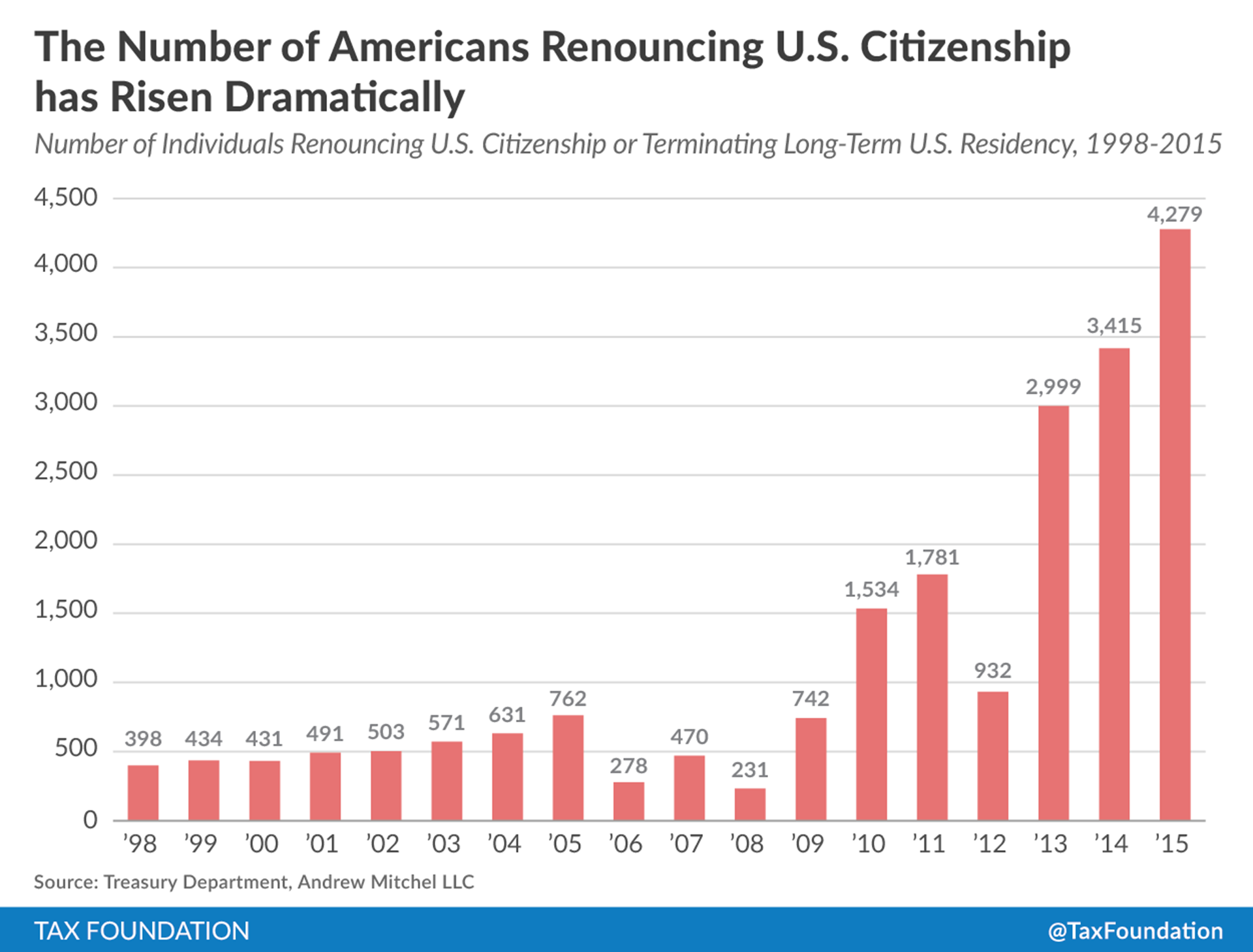 All in all, 2015 was a record-setting year for expatriation: more Americans gave up their citizenship last year than in any other year in recent history.

Many commenters have attributed the rise in Americans renouncing their citizenship to the Foreign Account Tax Compliance Act (FATCA). Passed in 2010, FATCA introduced stringent reporting rules for foreign financial institutions that hold the assets of US citizens, as well as for US citizens that hold money in foreign accounts. FATCA also imposes large penalties on banks and individuals that do not comply with reporting requirements.

Although intended to combat tax avoidance, these new rules and penalties have also made life more difficult for Americans living overseas. Many foreign banks are now no longer willing to serve US clients, and some overseas Americans have seen their financial accounts closed by foreign banks.

There’s a good case to be made that the introduction of FATCA led many Americans living overseas to renounce their citizenship. Consider the following:

Importantly, FATCA is one of many US tax policies that make life difficult for Americans living overseas. The US is one of only two countries in the world that taxes all income earned by its citizens, whether or not they live in their home country.

This article first appeared at the Tax Foundation.

Scott Greenberg is an Analyst with the Center for Federal Tax Policy at the Tax Foundation.