Let's Take a Look at the Latest World Rankings for Liberty

America's score has improved, but not enough. 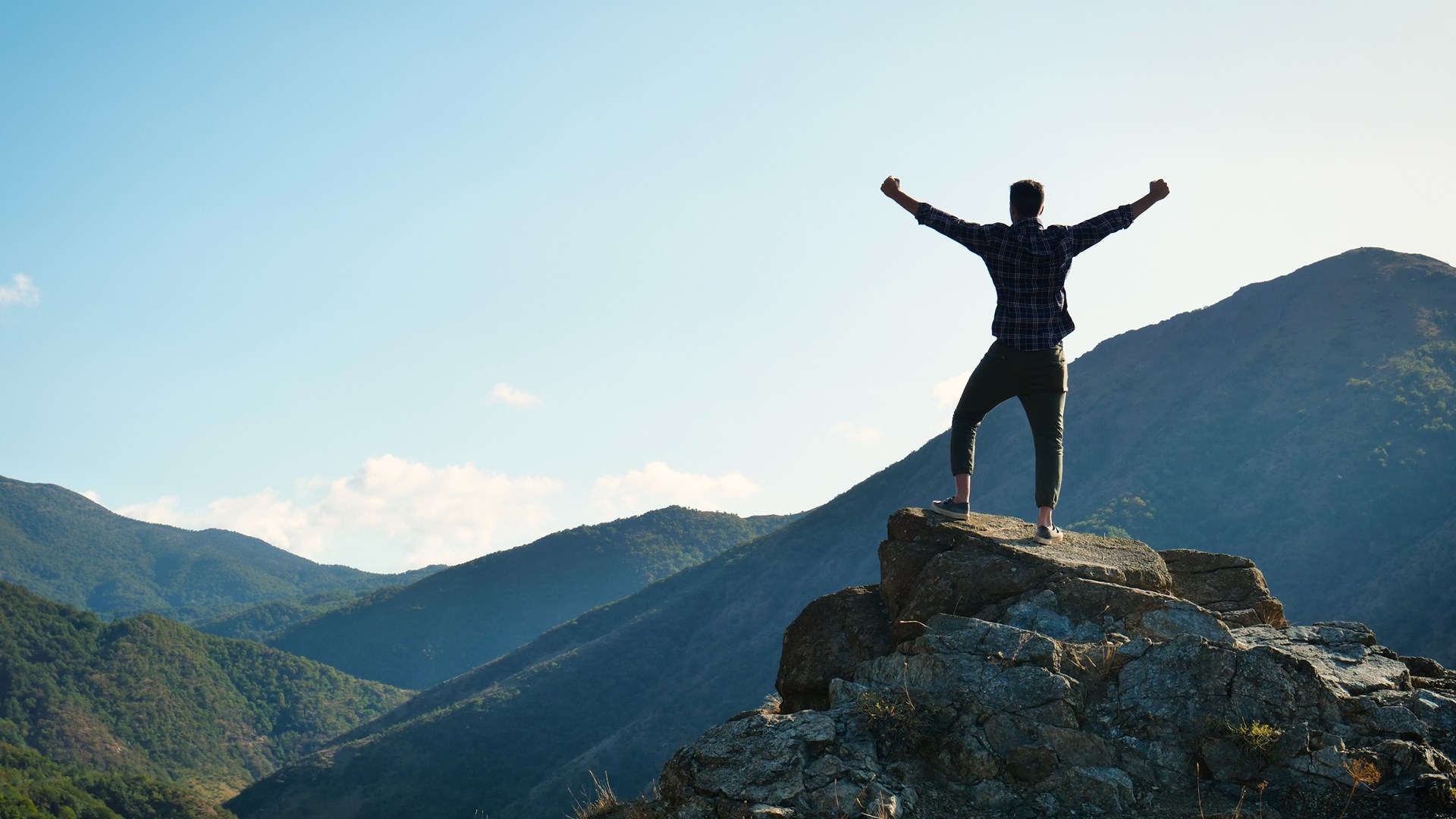 I eagerly combed through that report, which (predictably) had Hong Kong and Singapore as the top two jurisdictions. I was glad to see that the United States climbed to #11.

The good news is that America had dropped as low as #18, so we’ve been improving in the past few years.

My answer is that they are nice places. Yes, they get terrible scores on fiscal policy, but they tend to be very pro-market in areas like trade, monetary policy, regulation, and rule of law. So they almost always rank in the top-third for economic freedom.

To be sure, many European nations face demographic challenges and that may mean a Greek-style crisis at some point. But that’s true of many developing nations as well.

Moreover, there’s more to life than economics. Most European nations also are nice places because they are civilized and tolerant. For instance, check out the newly-released Human Freedom Index, which measures both economic liberty and personal liberty. As you can see, Switzerland is ranked #1 and Europe is home to 12 of the top 16 nations. 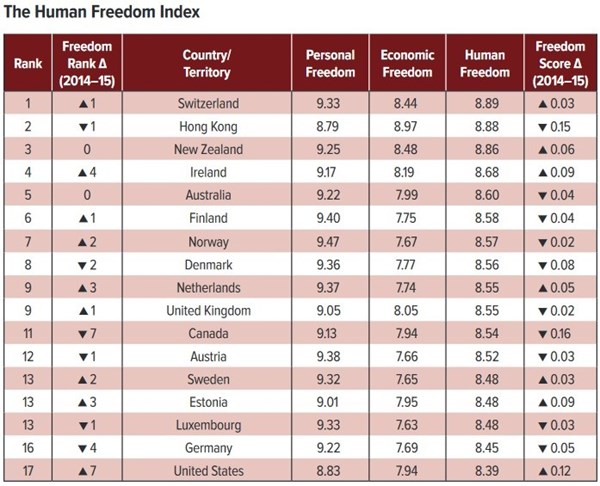 And when you check out nations at the bottom, you won’t find a single European country.

Instead, you find nations like Venezuela and Zimbabwe. Indeed, the lowest-ranked Western European country is Greece, which is ranked #60 and just missed being in the top-third of countries. 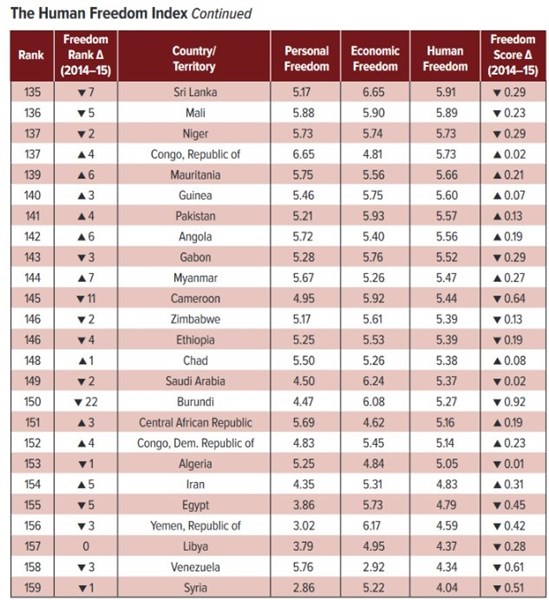 Having now engaged in the unusual experience of defending Europe, let’s take a quick look at the score for the United States.

For what it’s worth, America’s worst score is for “civil justice,” which basically measures rule of law. It’s embarrassing that we’re weak in that category, but not overly surprising.

Anyhow, here’s how the U.S. score has changed over time. 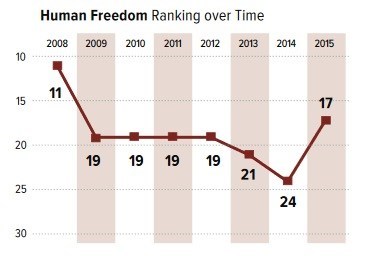 Other nations also improved, not just the United States. Among advanced nations, Singapore jumped 16 spots and is now tied for #18. There were also double-digit increases for Suriname (up 14 spots, to #56), Cambodia (up 16 spots, to #58), and Botswana (up 22 spots, to #63). The biggest increase was Swaziland, which jumped 25 spots to #91, though it’s worth pointing out that it’s easier to make big jumps for nations with lower initial rankings.

Now let’s look at nations moving in the wrong direction. Among developed nations, Canada dropped 7 spots to #11. Still a very good score, but a very bad trend. It’s also unfortunate to see Poland drop 10 spots, to #32. Looking at developing nations, Brunei Darussalam plummeted an astounding 52 spots, down to #115, followed by Tajikistan, which fell 46 spots to #118. Brazil is also worth highlighting, since it plunged 23 spots to #120.

P.S. I don’t know if Moldova, Ukraine, and Russia count as European countries or Asian nations, but they all rank in the bottom half. In any event, they’re not Western European nations.

P.P.S. I mentioned last year that Switzerland was the only nation to be in the top 10 for both economic freedom and personal freedom. In the latest rankings, New Zealand also achieves that high honor.