US Bankruptcy Judge Cecelia G. Morris shocked the nation when she ruled US Navy veteran Kevin Rosenberg's student loan debt could be discharged through bankruptcy. 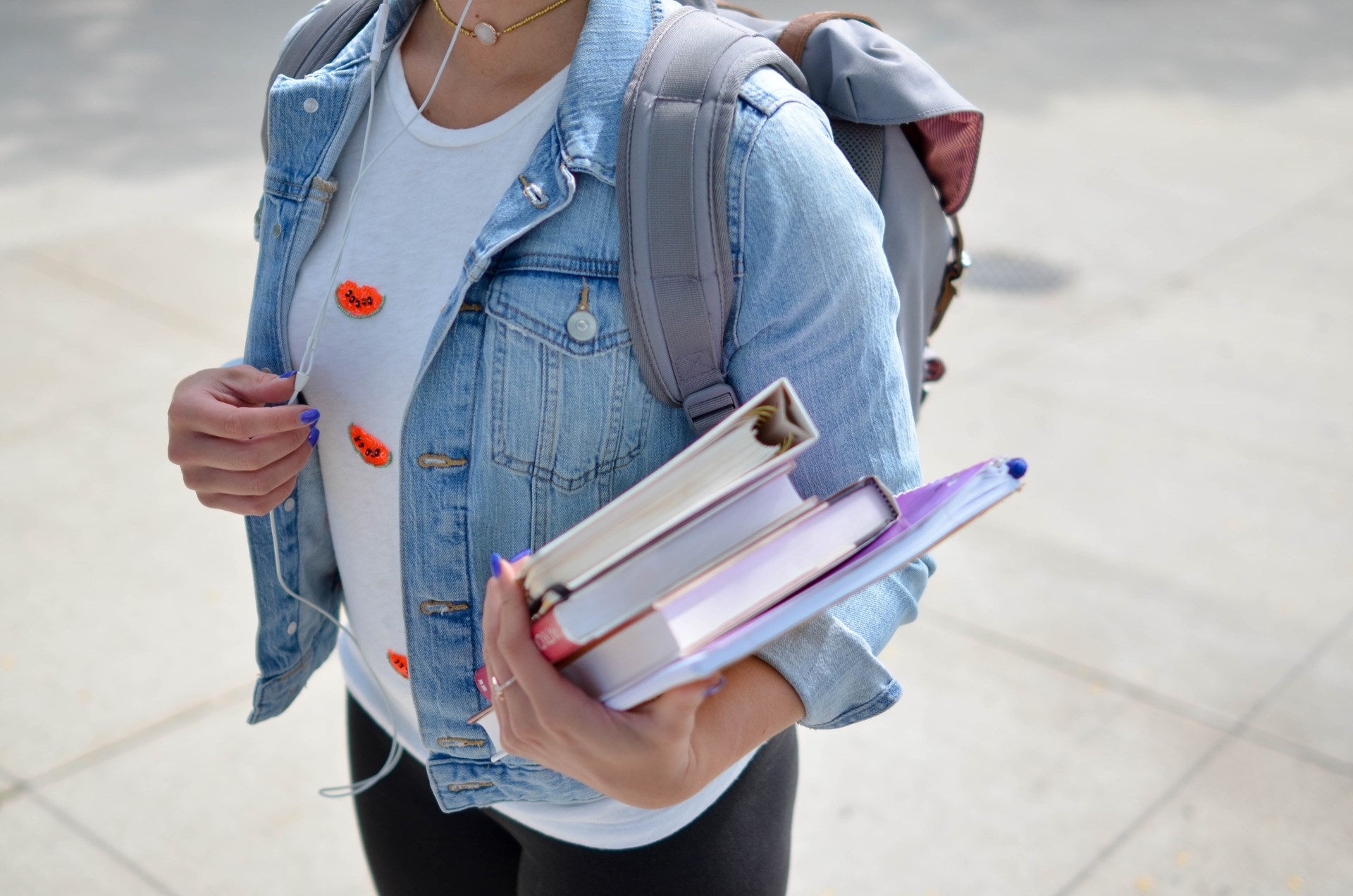 History was made earlier this month when a New York judge ruled that US Navy veteran Kevin Rosenberg’s $221,385.49 student loan debt balance is dischargeable under Chapter 7 bankruptcy.

Prior to the ruling, attempting to dismiss student loan debt through bankruptcy was exceedingly difficult, if not altogether impossible. Unlike other kinds of consumer debt, which can be erased after filing for bankruptcy, student loan debt is the only type considered ineligible for dismissal unless certain legal requirements are satisfied.

As the US Department of Education’s Federal Student Aid office explains, “You may have your federal student loan discharged in bankruptcy only if you file a separate action, known as an ‘adversary proceeding,’ requesting the bankruptcy court find that repayment would impose undue hardship on you and your dependents.”

But proving undue hardship is not as easy as it may sound.

The question remains: should individuals be let off the hook for their student loan debt?

As one site so grimly puts it, for those struggling to pay back their loans “...the only real guaranteed situation for federal student loan discharge is death.”

The ruling handed down in Rosenberg’s case may usher in a new era where the bar for the dismissal of student loan debt is lower than ever before. But the question remains: should individuals be let off the hook for their student loan debt?

Like so many others, Rosenberg borrowed money for his undergrad degree at the University of Arizona from 1993 to 1996, and again for his law degree at Cardoza Law School at Yeshiva University from 2001 to 2004.

After completing law school and accumulating a total of $116,000 in student loan debt, Rosenberg got a job at a law firm. But he decided that practicing law was not his cup of tea. He left the profession and instead became an entrepreneur. One of his companies was once featured in The New York Times.

Thanks to accrued interest over the next 14 years, Rosenberg’s student loan debt skyrocketed to $221,000.

While he enjoyed some success in his entrepreneurial pursuits, the Great Recession of 2008, combined with other financial setbacks, resulted in severe financial strain for Rosenberg, who was struggling to bear the burden of his enormous student loan debt.

“All along, having this debt, it would ruin relationships for me. ... it just affects everything in your life,” he said.

US Bankruptcy Judge Cecelia G. Morris shocked the nation when she ruled Rosenberg’s debt was eligible for dismissal.

After years of working 10-12 hour days, seven days a week just to stay financially afloat, Rosenberg was left with no other option but to file for Chapter 7 bankruptcy in 2018, a decision he says wasn’t easy. He also filed an adversary proceeding with the hopes of having his student loan debt dismissed as well, even though the odds of being granted relief were not in his favor.

On January 7, 2020, US Bankruptcy Judge Cecelia G. Morris shocked the nation when she ruled in his favor, declaring that Rosenberg’s debt was eligible for dismissal.

Commenting on this landmark ruling, Rosenberg wrote in a statement, “The news today leaves me with a feeling of relief, not celebration.” He added, “it also kind of incensed me that student loans are treated differently than other debts, especially given the bailout of corporations ... and the housing bubble.”

Rosenberg isn’t wrong. When large corporations have found themselves in the midst of pending financial doom, our tax dollars have been used to bail them out. In 2008, the very banks that perpetuated the financial crisis were given $700 billion by the government when Congress passed the Troubled Asset Relief Program (TARP). In this instance, no judge was needed to approve this massive handout—just Congressional approval.

But student loans are a different ballgame. In order to have loans considered eligible for dismissal under Chapter 7, judges must apply the “Brunner test," which was born out of the 1987 case of Brunner v. New York State Higher Education Services Corp.

The Brunner test requires a person to prove that:

1) [T]he debtor cannot maintain, based on current income and expenses, a “minimal” standard of living for the debtor and the debtor’s dependents if forced to repay the student loans; 2) additional circumstances exist indicating that this state of affairs is likely to persist for a significant portion of the repayment period of the student loans, and 3) the debtor has made good faith efforts to repay the loans.

Judge Morris believed that Rosenberg satisfied all the requirements, especially considering that his financial situation combined with his monthly student loan payments left him with negative earnings each month. But more importantly, Judge Morris took the time to point out that the Brunner test had been used to set out “punitive standards” and “retributive dicta” over the year—something Judge Morris set out to correct.

In her ruling, she said she applied the test as it was originally intended, adding that its past applications

have become a quasi-standard of mythic proportions, so much so that most people (bankruptcy professionals, as well as lay individuals) believe it impossible to discharge student loans...This court will not participate in perpetuating these myths.

Rosenberg’s loan service providers will likely appeal the ruling, but the implications of Rosenberg’s case could have far-reaching consequences.

All of us have been discouraged from attempting to discharge student loans because it appeared that the law was a wall too high to climb for most debtors other than those with severe disabilities. If the district court affirms Chief Morris’[s] order, there will be a lot more filers for bankruptcy all over the country.

A Problem without a Clear Solution

With the total amount of student loan debt now sitting at $1.6 trillion, it’s clear many Americans have a major problem on their hands. But is dismissal the appropriate remedy?

Student loan forgiveness has become a popular idea, with both Senators Bernie Sanders and Elizabeth Warren putting forth plans of their own. But these plans are problematic.

In addition to being a slap in the face to those who borrowed and made the sacrifices necessary to pay their loans back in full, these plans are economically and politically unfeasible.

Making it easier to dismiss student loan debt through bankruptcy may not be ideal, but it would give judges the opportunity to make decisions on a case-by-case basis rather than forgiving borrowers en masse.

If you know your loans can be easily wiped out, what’s going to stop you from borrowing even more money and then filing for bankruptcy once the loans go into repayment?

The new Rosenberg ruling has provided the legal precedent needed to make dismissal through bankruptcy easier, but this won’t solve the larger issue of soaring student debt. In fact, it perpetuates the problem.

Discharging the debt will undoubtedly help individual borrowers, but dismissing individual debt doesn’t mean it goes away. There is no magic to make it disappear; it simply shifts the burden. Someone has to pay, and this will inevitably fall on taxpayers.

Agreeing to let borrowers off the hook also perpetuates the broken system we have now. If you know your loans can be easily wiped out, what’s going to stop you from borrowing even more money and then filing for bankruptcy once the loans go into repayment?

Making it easier for individuals to discharge their debts does nothing to fix the underlying problem: surging costs.

Assistant professor of finance and financial planner Brandon Renfro points out that dismissal of student loan debt creates a new problem in which no one is held accountable for the growing crisis.

It is undeniable that this predicament needs a solution. But until we change the bad incentives in the higher education system, there is no end to this crisis in sight.

Personal responsibility is an important element of adulthood. It could most certainly be argued that 18-year-olds are not economically wise enough to make such an important financial decision, especially when they have not yet entered the workforce. But the fact remains that they did sign a contract promising to pay back their loans.

You can bet that the Rosenberg case will not be the last of its kind. With borrowers now filled with hope that they, too, can have their student loan debt dismissed, this will not be the last time we hear the word “Brunner test” come up in bankruptcy proceedings over the coming months. But we need to tread carefully lest we unintentionally exacerbate the problem.