In Defense of the Infamous Google Memo

Google has labeled itself as an organization committed to protecting diversity on all fronts. However, this commitment to all things diverse seems does not seem to hold true in practice. 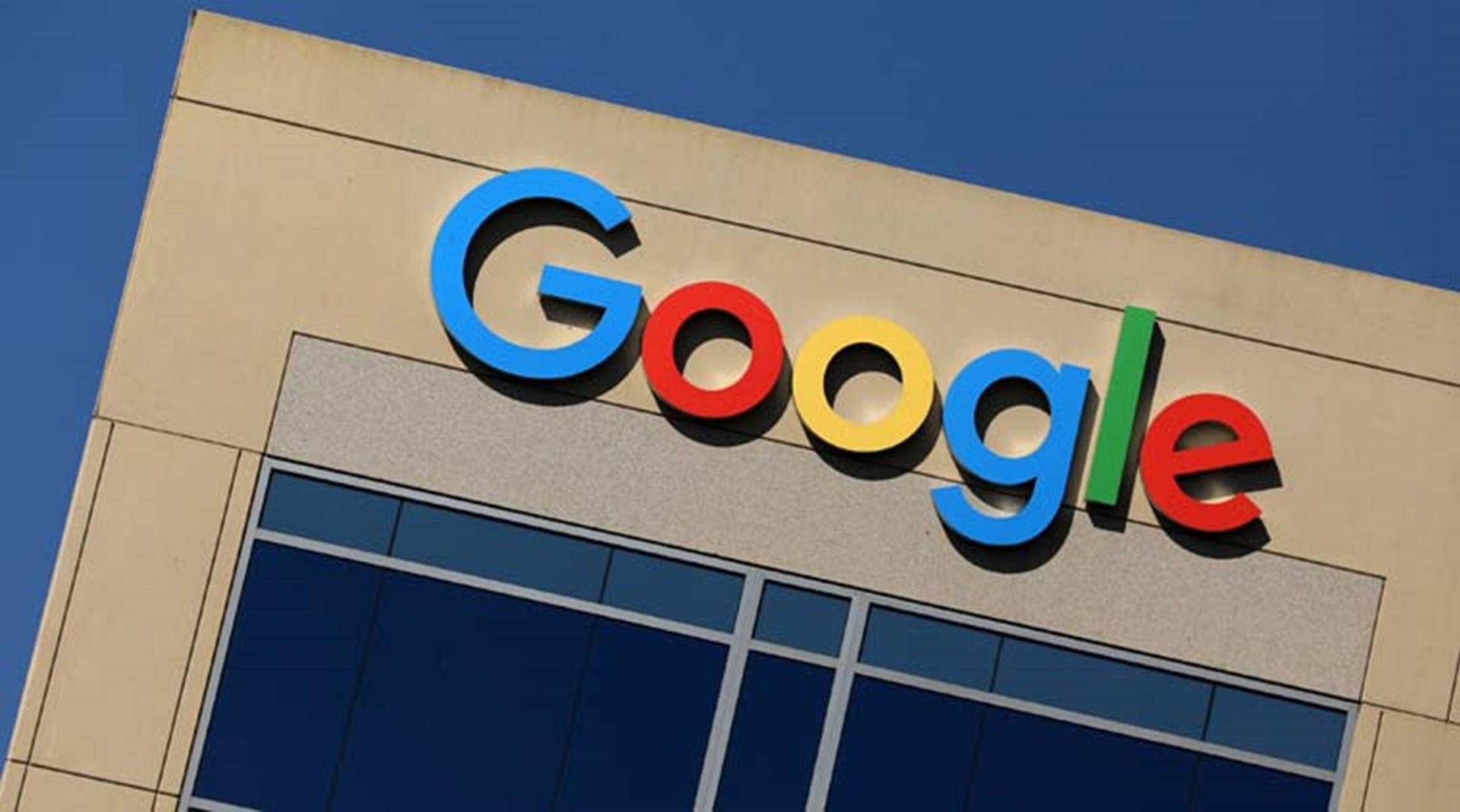 The internet has given us limitless possibilities when it comes to sharing different worldviews and opinions with each other. But instead of this spread of ideas making society more well-rounded and open-minded, it has caused individuals to section off into smaller echo chambers where contrary opinions are resisted or even thought of as immoral.

If Google really stood for diversity, it would not have fired an employee for voicing his own opinion.

Is this due to algorithmic factors only? Or is there a problem with the way we look at ideas that are different from our own? It’s probably both, but a recent incident suggests that we could all improve in our willingness to consider different points of view.

Social media is currently buzzing over Google software engineer James Damore, who claims he was fired from the company for “perpetuating gender stereotypes.” The whole debacle came to the public’s knowledge after news spread that Damore had circulated an “anti-diversity memo” within the company.

To be sure, the memo itself was not billed as “anti-diversity” by the author himself, but rather picked up the nickname after it was leaked to media outlets. The line of thinking expressed by Damore in his memo may not be aligned with what has come to be known as “politically correct” culture, but rather than allow for an open discourse, Google chose to fire an employee who dared to disagree with the company’s own “anti-diversity” practices.

Google has marketed itself as an organization committed to protecting diversity on all fronts. However, this commitment to all things diverse does not seem to hold true in practice. If Google was really a beacon for diversity, it would not have fired an employee for voicing his own opinion.

Damore mentions that there seems to be a lack of meritocracy at Google.

What Did It Say?

Calling for more ideological diversity, Damore laid out his grievances in a ten-page memo that was sent out to employees. In the memo, Damore mentions that there seems to be a lack of meritocracy at Google. Instead of hiring the candidate who is best suited for a given job, for example, the company goes out of its way to hire those of minority backgrounds in order to meet their internal quota for diversity.

So that we are clear, this was not some alt-right manifesto. The memo began as follows:

“I value diversity and inclusion, am not denying that sexism exists, and don’t endorse using stereotypes...”

The most provocative claim in the memo was heavily qualified:

"When addressing the gap in representation in the population, we need to look at population level differences in distributions.”

In addition to this, Damore asserts that the company fails to understand that there are biological and philosophical differences between men and women. While Damore clearly points out that he does not deny the existence of overt sexism in the modern workplace, he does protest the idea that there are no substantial differences between the genders. This is, of course, what led Google to label this memo as “sexist” and “anti-discriminatory.”

You are under no obligation to believe what I believe and vice versa.

But what is especially jarring about this particular complaint of Google's, is the disregard it takes for the entire "Lean In" movement. Powerhouse Sheryl Sandberg uses her bestselling book to tell of a time she needed to be assertive in letting her bosses at Google know that women has specific and diverse needs. As a pregnant woman, the men of the company failed to recognize the importance of providing maternity parking to allow a shorter walk for those expecting. Sandberg points out that these women-specific needs are often lost on men, and that it is important to speak up and ask for these needs.

But if Google's stance on this latest issue were consistently applied, and if Sandberg were to ask for maternity parking today, she would be fired for pointing out that men and women have different needs that result from biological differences.

The last grievance aired by Damore calls on Google to recognize that a lack of ideological diversity will not work in its favor. In light of the memo, it has been revealed that Google has a bad track record of accepting diverse opinions. Those employees who skew conservative are often “blacklisted” and miss out on career advancement opportunities as a result of their political beliefs. Unfortunately for Google, refusing to listen to the opposing side of an argument doesn’t mean that it fails to exist; it just means Google is too intolerant to consider anything contrary to its own points of view.

The Market of Ideas

You are under no obligation to believe what I believe and vice versa. Just as there is a market for goods and services, so is there a market of ideas in which individuals are free to adopt what they agree with and disregard the rest. But if we reject every thought that is, on its face value, different from our own, how can we really know what it is we believe?

If I go my whole life using only one brand of toothpaste, without ever trying any other option, I have no business insulting every other brand for being inferior to my own choice. No matter how loyal I am to my choice, it does not negate the fact that there are other choices out there and that these choices may, in fact, be preferable to others.

To take this analogy further, imagine that my preferred choice of toothpaste is so important to me, I decide that all those who use any other brand are not just inferior but that they are also somehow morally corrupt and should be shunned from all of society. If this seems outrageous that is because it is. But we do the same thing when we refuse to at least consider the alternatives whether it be goods or ideas.

Somehow, we have become so comfortable with what we already believe.

When we cast judgment on others solely for how we perceive their views, we not only prove that we are lacking in the critical thinking skills department, but we also lose the opportunity to grow as a person. Anyone who has ever had to defend their beliefs against others knows that there is no greater means to strengthen their argument than understanding what the other side is going to come at you with.

A chess player who refuses to anticipate the next move their opponent is going to make will quickly find that they lose the match in the end. Without an understanding of how others think and process information, you are armed only with your own knowledge. And while individuals are formidable entities, we, unfortunately, do not singularly contain all knowledge.

Google likes to think of itself as a haven for free thought and diversity, which is what makes the Damore situation all the more important. While making claims of diversity, Google prevented a free exchange of ideas from occurring within their own company. Rather than let its employees debate the content of the memo, the internal discussion was nipped in the bud.

What this really tells about Google is that protecting others from possible offense is somehow more important than fostering an environment where debate can organically and civilly occur. Google would rather have a collection of employees who are willing to shield themselves from opposing views, then allow those employees to–gasp–actually think for themselves.

“If we can’t have an honest discussion about this, then we can never truly solve the problem?”

While on its own this is a disturbing thought, what makes it all the more hypocritical is that Google fired Damore for his minority opinions while claiming to protect diversity. What Google really meant is that they encourage diversity only when those who fit that description also agree with their own ideological and political views. There is nothing noble about willful ignorance, and that is exactly what Google’s actions are.

As Damore says in the now infamous memo,“If we can’t have an honest discussion about this, then we can never truly solve the problem.”

To be sure, Google is a private entity and is free to hire and fire whomever it pleases. But that doesn’t mean that their practices are correct, or even just. After all, individuals are free to be rude to one another, but that doesn’t make that behavior worthy or wise. But just as with ideas and products, people also have the freedom to choose who they associate with. If Google wants to attract the best, brightest, and most diverse employees, they need to practice what they preach and actually enable an open dialogue amongst their employees.

But as disgraceful as Google’s actions have been, sympathy for Damore is hard to maintain after he threatened to sue the company for firing him. Everyone deserves the right to speak but no one can force others to give him or her a platform. Google was completely within its rights to fire this employee.

It is completely understandable for Damore to be angry with Google. In fact, many, including myself, are simply angry on his behalf. But that doesn’t make the government the proper solution to the problem.

Somehow, we have become so comfortable with what we already believe, that even with an oasis of knowledge at our disposal, we would rather shut out opposing thought and cling to our pre-existing notions of how the world works. If, as a society, we want to encourage true diversity, this must include the diversity of thought and opinion, and freedom from coercion in the practice of that diversity.