Harvard Magazine Calls for a “Presumptive Ban” on Homeschooling: Here Are 5 Things It Got Wrong

A leading homeschooling expert and Harvard alum responds in a letter to the editor.

Author's Note: This is a copy of my submitted Letter to the Editor of Harvard Magazine regarding its recent article,“The Risks of Homeschooling.”

As a Harvard alum, longtime donor, education researcher, and homeschooling mother of four children in Cambridge, Massachusetts, I was shocked to read the article, “The Risks of Homeschooling,” by Erin O’Donnell in Harvard Magazine’s new May-June 2020 issue. Aside from its biting, one-sided portrayal of homeschooling families that mischaracterizes the vast majority of today’s homeschoolers, it is filled with misinformation and incorrect data. Here are five key points that challenge the article’s primary claim that the alleged “risks for children—and society—in homeschooling” necessitate a “presumptive ban on the practice”:

I agree with the author of the article and Harvard Law School professor, Elizabeth Bartholet, who is widely quoted throughout, that it is critically important that children be protected from abuse. They argue that sending children to school prompts “mandated reporters,” such as teachers and school administrators, to identify possible child abuse. But many parents choose to homeschool their children to remove them from abuse at school, whether it’s widespread bullying by peers or, tragically, rampant abuse by teachers and school administrators themselves.

Child abuse is horrific wherever it occurs, but singling out homeschooling parents as potential abusers simply because they do not send their children to school is both unfair and troubling. Child abuse laws exist in all states and should be rigorously enforced. Banning homeschooling, or adding burdensome regulations on homeschooling families, who in many instances are fleeing a system of education that they find harmful to their children, are unnecessary attacks on law-abiding families.

One of the more incorrect assertions in the article is the statement that up to 90 percent of today’s homeschooling families are “driven by conservative Christian beliefs.”

It is true that religious conservatives were key to the growth of homeschooling in the late-20th century, as the number of US homeschoolers swelled to 850,000 in 1999. About two-thirds of today’s nearly two million US homeschoolers identify as Christian (equal to the US population as a whole), but the homeschooling population is becoming increasingly diverse, both ideologically and demographically.

According to the most recent data on homeschooling by the US Department of Education, the most significant motivator for parents choosing this education option was “concern about the school environment, such as safety, drugs, and negative peer pressure,” exceeding other factors such as a desire to provide religious or moral instruction.

Much of the current growth in homeschooling is being driven by urban, secular parents who are disillusioned with a test-driven, one-size-fits-all mass schooling model and want a more individualized educational environment for their children. Federal data also reveal that the percentage of black homeschoolers doubled between 2007 and 2012 to 8 percent, while the percentage of Hispanic homeschoolers is about 25 percent.

Bartholet also argues against homeschooling on civic grounds, saying that it’s “important that children grow up exposed to community values, social values, democratic values, ideas about nondiscrimination and tolerance of other people’s viewpoints.”

Indeed, research on homeschoolers finds that they are tightly connected with their larger community and may have more community involvement and participation in extracurricular and volunteer activities than schooled children due to their more flexible schedules and interaction with a wide assortment of community members. This reinforces similar research on private education more broadly, suggesting positive civic engagement and outcomes.

Moreover, public schools are struggling to inculcate a strong understanding of democratic values and civic knowledge. According to a 2017 survey by the Annenberg Public Policy Center at the University of Pennsylvania, 37 percent of Americans could not identify one right protected by the First Amendment of the US Constitution, and more than half of them erroneously believe that undocumented immigrants have no constitutional rights. Worrying about homeschoolers’ civic education when public schools are seemingly floundering in this regard is misguided.

4. Ensuring the Proper Role of Government

The central tension between those who advocate for homeschooling bans and heightened regulation and those who don’t relates to how each side views the proper role of government. The former sees a proactive role of government in “intervening to try to safeguard the child’s right to education and protection,” while the latter relies on the historical underpinnings of our democracy, going back to the writings of John Locke and Thomas Jefferson. We are endowed with “unalienable rights” and that to “secure these rights, governments are instituted.”

If a child is being abused, whether in a homeschooling situation or a public school classroom, the government should intervene to protect that child. But to single out a particular group for increased suspicion, monitoring, and invasion of privacy under the guise of “protection” is as un-American as similar attempts of the past. I agree with Bartholet when she says in the article: “I think it’s always dangerous to put powerful people in charge of the powerless, and to give the powerful ones total authority.” She is concerned with families having this power, while I worry about giving that power to government.

In 2018, The Harvard Gazette spotlighted three Harvard students who were homeschooled using an informal, self-directed approach to learning. “There wasn’t much of a plan or a long-term plan going in; I just took classes I was interested in,” said one of the students, while another asked, “Why would you go to the same building every day and do the same thing every day?” The article said that the students all demonstrated a “spirit of curiosity and independence that continues to shape their education.” While there may always be outliers and more research is needed, most peer-reviewed studies on homeschooling outcomes find that homeschoolers generally outperform their schooled peers academically, and have positive life experiences.

There is room for robust discussion and debate about education and homeschooling, including what is considered effective and beneficial—and who decides. Given Harvard Magazine’s reputation for editorial excellence, I was disappointed to see this article’s emphasis on the potential risks of homeschooling without highlighting its benefits. Bartholet indicates that “tolerance of other people’s viewpoints” is a key civic value. I agree, and I hope future articles in this magazine demonstrate this tolerance. 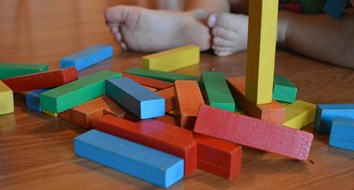 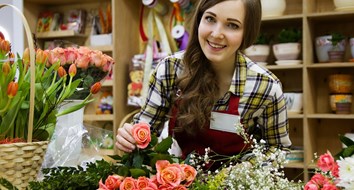 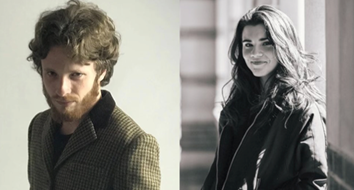