The gunman who attempted to slay Republican Congressmen at a baseball practice had a Facebook feed. Before it was deleted, everyone could read his vitriolic attacks on the rich, his denunciations of capitalism and corporate culture, his calls for high taxes and wealth redistribution, and, of course, his push for Bernie Sanders to be the ruler of us all. We all know the litany of gripes that drove him.

When was the last time you heard a sermon against envy or observed a media figure casually recognizing its evils?And yet, when the folks at National Public Radio were reflecting on his motives, the hosts declined to speculate. They feigned to be completely mystified how a happy, charming, good soul such as this could have turned to violence. Had the tables been turned – say an alt-right agitator had shot up a civil-rights protest – there would have been no question about the motivation.

One reason for the failure to connect the dots here concerns the loss of awareness of the destructive effects of envy. When was the last time you heard a sermon against it or observed a media figure casually recognizing its evils? Condemnation of envy as a motivating force for the destruction of life and property has nearly entirely vanished from the culture. This is probably because so much of modern public policy is based on it and depends on encouraging it. What was once one of the seven “deadly sins” is now a baked-in part of our public ethos.

Let’s return to the classic understanding of what envy is. It is part of the general vice of looking negatively upon the success of others. It is different from mere covetousness. To be covetous means to desire something that is not yours to have. It is also different from jealousy, which means to look upon the success of others and wish it were yours too. Jealousy can lead to emulation and that can be good. It is not the same as zeal, which is to feel inspiration from the good fortune of another to adapt your own life to also experience good fortune. (This commentary is taken straight from St. Thomas Aquinas.)

Envy is a ubiquitous problem but it is not felt by everyone.Envy is distinct from all these. It observes the excellence of others and desires it to stop. It sees the fortune of another and aspires to punish it. Envy is actively destructive of another’s successes as an end in itself. It is not even the case that the realization of envy brings happiness to the person who wants to harm others. It merely achieves the goal of satisfying the anger you feel when looking upon the happiness of others. It tears down. It harms. It hurts. It crushes, smashes, and kills. It begins with resentment against others’ achievements and ends in the infliction of personal harm.

Envy is a ubiquitous problem but it is not felt by everyone. Let’s say you have a person with a naturally aspirational personality. He or she looks at life as a trajectory of opportunities for success; it is a matter of will, intelligence, and creativity, and he or she believes in all those things. There is no room for envy in this person’s heart. The success of another serves as inspiration and drive to perform, not tear down.

But let’s say another person has no such outlook. He or she imagines himself to be intellectually limited, unskilled, uncreative, bound by a restricted personality or a lack of will. In this case, life seems like a series of routines not to be disrupted, and begins to resent others who pass him or her by in the struggle to achieve. This person is ripe for feelings of envy, that is, the desire to harm others who perform better than their peers.

At some point in the 20th century, we normalized envy as a political idea.Every successful person has to deal with the problem of encountering the envy of others. You might begin your career thinking that your excellence will be rewarded. You find that it sometimes or often is. At the same time, it incites envy as well, and you have to deal with knives in the back, hidden attempts to undermine you, plots and conspiracies to stop you from advancing. It is a sad fact but a reality every successful person has to deal with.

Medieval mythology described envy as the “green-eyed monster” because it looks at any sign of wealth with an aspiration to bring an end to it. The legend of the “evil eye” goes back to antiquity and denotes the profound fear all people have felt concerning envy. In Judaism, the rabbis taught to favor the “good eye” which calls for us to rejoice in the fortune of others, while the evil eye is the opposite impulse. 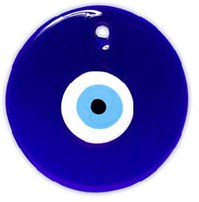 The world’s most famous anti-envy charm comes from Turkey, Greece, and Egypt. It is the Nazar, a glass eye in blue, black, and white. The idea of this charm is that it looks back at the evil eye and neutralizes its influence in your life. So far as anyone knows, it originated in the 15th and 16th century, which is not a surprise given the rising wealth of the Ottoman Empire. The merchants felt envy, and, as wealth grew, so did everyone else. This culture learned that popular hatred of wealth was something to fear, because it truly threatened the basis of people’s livelihoods. Even today, you see the Nazar in the cars, homes, boats, and keychains of average people. Even the Istanbul airport features a huge Nazar above the baggage claim.

The Politics of Envy

At some point in the 20th century, we normalized envy as a political idea. Down with the rich! His success must be punished! The 1% must be pillaged! Redistribute the wealth! All these ideas trace to an ancient idea that was widely seen not as a virtue or a good motivation but rather a socially destructive sin.

Indeed there is a burgeoning academic literature that seeks to rehabilitate envy as a motivator (1, 2, 3, 4, 5). It leads people to oppose unfairness and inequality, and hence builds the kinds of political institutions that many progressives favor. To be sure, there are good reasons to be upset and yell at the immorality of unjustly acquired wealth, but keep in mind that the problem here is not the wealth as such but the means of acquisition.

Real envy makes no distinction: it is unhinged loathing that ends in destruction. It seems like an implausible thing to do, take a sin and convert it to a political virtue. But there is a hidden truth here that people are unable to face: modern political institutions are in fact built on an ancient vice, institutionalized and unleashed.

Sometimes the seemingly benign veneer is torn off and this ends in bloodshed.Envy can seem relatively benign when it is embodied in political institutions. This is why Bernie Sanders can imagine himself as a preacher not of violence but of peace. “I am sickened by this despicable act,” he said of the gunman on the baseball field. “Let me be as clear as I can be. Violence of any kind is unacceptable in our society….”

But what about whipping up masses of people who shout for the violence of the state to loot and pillage people merely because they are wealthy? Some forms of violence are apparently acceptable.

If you teach with every speech and every article to sow hatred and encourage people to blame others’ successes for their own plight, you are playing with fire. Sometimes the seemingly benign veneer is torn off and this ends in bloodshed.

Both sides of the great ideological splits of our time are rooted in vices. While we are quick to recognize the evil of race and religious hatred, we do not like to think about the insidious effects unleashed by hatred of wealth and success. Maybe it is time for the Nazar to make its way from the Ottoman region to our own. We need some protection from the evil eye that modern politics is working daily to unleash.