Instead of rebuking Sweden and states such as South Dakota who exposed the failure of lockdowns, we should be thanking them.

When people think of polarizing countries, Sweden rarely leaps to mind. At least that was the case before 2020.

Sweden’s decision to take a “lighter touch” to the coronavirus pandemic—foregoing strict lockdowns and relying primarily on social responsibility to encourage social distancing—has made it a lightning rod for criticism.

Many commentators claimed Sweden was behaving recklessly and selfishly by refusing to enforce an economic lockdown like most other nations around the world.

Though its per capita death rate remained well below European neighbors such as the United Kingdom, Belgium, and Spain—each of which enforced strict lockdowns—Sweden became, as one CBS report claimed, “an example of how not to handle COVID-19.”

As I previously observed, however, the fact that Sweden was coming under fire had less to do with the results of its policies than the nature of its policies. There were far better “cautionary tale” examples than Sweden—such as Belgium, a nation with a similar population whose per capita death toll is 50 percent higher than Sweden’s.

Unlike Sweden, however, Belgium had a strict lockdown that, as the BBC reported back in May, was enforced with “drones in parks and fines for anyone breaking social distancing rules.” But nobody cared about Belgium because they had followed the lockdown script.

Months later, Sweden’s decision to avoid lockdowns only looks better. While much of Europe is experiencing a second wave of the virus, Sweden’s numbers are a stark contrast. Meanwhile, the World Health Organization and thousands of physicians and public health officials are now arguing against the use of lockdowns as a method of taming the virus.

The reason for this is obvious. While the harms of lockdowns are clear—trillions of dollars in economic losses, widespread mental health deterioration, and social decay—there is no compelling evidence that lockdowns reduced COVID-19 deaths or the spread of the virus.

The results of Sweden’s strategy become clearer with every passing week. And more people are beginning to notice.

Musk, of course, has been suspicious of the efficacy of lockdowns for months.

In May, he took the bold step of restarting production of Tesla’s car plant in Fremont, California, in defiance of orders from government officials that the plant remain closed.

“Tesla is restarting production today against Alameda County rules,” Musk tweeted. “I will be on the line with everyone else. If anyone is arrested, I ask that it only be me.”

The Results of the Lockdown Experiment

The toll of COVID-19 has been severe. As of mid October, nearly 1.1 million people worldwide have died, according to Johns Hopkins University data, including 216,000 Americans.

Unlike previous pandemics, however, the human costs have been accompanied by a global recession and an economic collapse unprecedented in modern history. (This would seem to confirm Musk’s early assessment that the danger of panic posed perhaps a greater threat than the virus itself.)

As Harvard economist David M. Cutler and former World Bank chief economist Lawrence H. Summers noted in a new study, the toll of the Pandemic of 2020 is unlike anything the modern world has seen before.

“Output losses of this magnitude are immense. The lost output in the Great Recession was only one-quarter as large,” the authors write. “The economic loss is more than twice the total monetary outlay for all the wars the US has fought since September 11, 2001, including those in Afghanistan, Iraq, and Syria.”

The economic results of the lockdown experiment are undeniable. Meanwhile, evidence is scant that they saved lives. In fact, new research suggests the lockdowns exacerbated the spread of the virus.

Unfortunately, many people still want to deny the data and the science. As one commentator recently put it in the Washington Examiner, the better Sweden’s numbers get, the angier people seem to become.

This is the danger of allowing a virus to become politicized. It obscures reality. Many seem intent on defending lockdowns because they were designed to help people (or perhaps because President Trump has resisted them), but such thinking should be avoided.

“One of the great mistakes is to judge policies and programs by their intentions rather than their results,” the Nobel Prize-winning economist Milton Friedman famously observed.

Instead of rebuking Sweden and states such as South Dakota who exposed the failure of lockdowns, we should be thanking them.

Without them, we may never have learned a truth that is becoming more obvious every day: the lockdowns failed.

Sweden Now Has a Lower COVID-19 Death Rate Than the US. Here’s Why It Matters 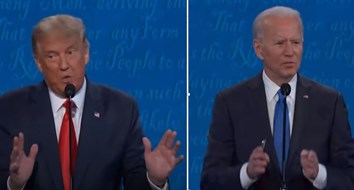 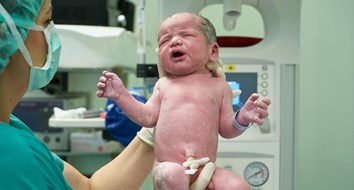