The left disgraced itself with its response to North Korea's abduction and murder of Otto Warmbier. 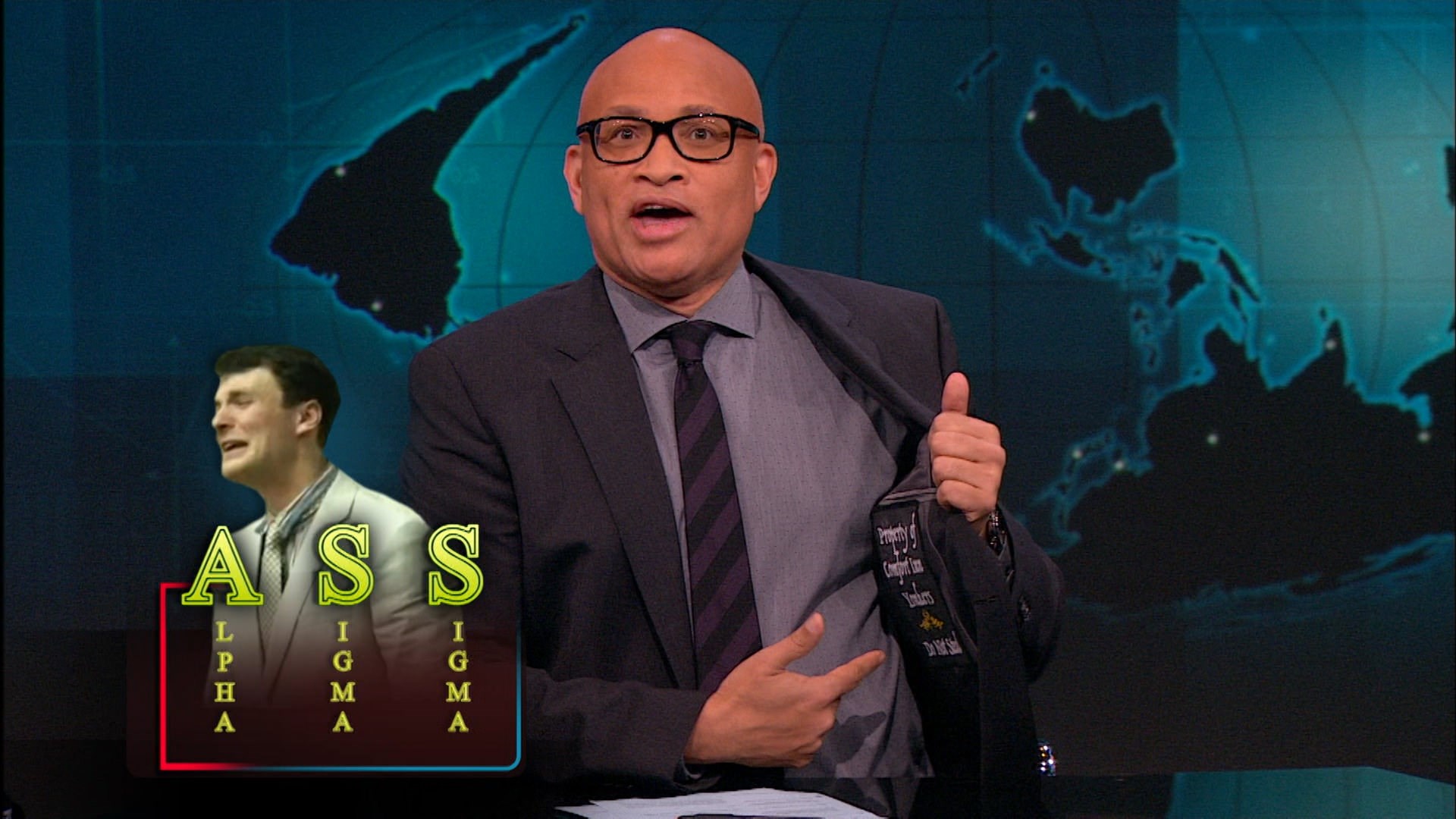 Even with all the news of terrorism around the world, there is something especially chilling and horrifying about the case of 22-year-old Otto Warmbier. Hearing the news of his death wounded me, and, I admit, more so than the usual litany of suffering around the world.

If there is anything redeeming to come of this, it should be a wake-up call to all of us to change the way we think about human rights and stop a terrible trajectory of public rhetoric.

It tells you all you need to know that the regime believed that this was a high crime.

Here was a remarkable young man, an outstanding student, and, by all accounts, an exuberant and warm person. Even if none of this were true, he still had a right not to be kidnapped and killed by an extraordinarily evil government, one of the last surviving full-blown totalitarian states in the world, one run by a leadership cult of the most disgusting type. But this is exactly what happened.

He was on a student trip to China and decided on his own to take a side trip to North Korea. The ad was posted by Young Pioneer Tours, promising “budget travel to destinations your mother would rather you stayed away from.” All seemed fine until he was boarding a plane to return to China. Suddenly, North Korean officials arrested him, accusing him of stealing a propaganda poster from the hotel.

According to NPR, he was trying to bring back a memento of his trip which he planned to take back to Wyoming in exchange for a used car. He tried to remove a sign but it proved too unwieldy and left it on the floor.

It tells you all you need to know that the regime believed that this was a high crime. After an hour-long trial, the government posted this apology video, which is one of the most heart-wrenching things you will ever watch. It is a forced confession straight out of the worst dystopian novel you have ever read.

He was sentenced to 15 years of hard labor. His parents could do nothing. Not even the US government could intervene. There was no jurisdiction. Otto was trapped in a horrid prison state.

Something terrible happened while he was there. The government eventually released him to his parents, citing “humanitarian” concerns. When he arrived for the reunion, he was essentially brain dead. He died two days later. The autopsy showed the North Korean government’s explanation that he had contracted botulism to be a lie.

The Disgrace of the Left

The news of this case first came out more than a year and a half ago, and I distinctly remember a strange schadenfreude emerging from the political left. Almost like this kid had it coming. Actually, not almost. That is what some people said.

Nick Gillespie at Reason dug up the archives to find the evidence.  On Comedy Central's The Nightly Show, host Larry Wilmore said: "Frat Bro Privilege not valid in totalitarian dystopias." "North Korea isn't a playground for college pranks, Kim Jong-un isn't a fictional character from a Seth Rogen movie, and Pyongyang isn't some game you play with Coors Light and Solo cups... It's just tough for me to have much sympathy for this guy and his crocodile tears."

What is it that would possess anyone to express such sentiments based on class and race alone?

Then there is this from Ebony: “I'm willing to bet my last dollar that he was aware of the political climate in that country, but privilege is a hell of a drug. The high of privilege told him that North Korea's history of making examples out of American citizens who dare challenge their rigid legal system in any way was no match for his alabaster American privilege.”

This is incredibly wicked rhetoric, and probably both writers have some regret in retrospect. And yet: what is it that would possess anyone to express such sentiments based on class and race alone, as if this young man, who had never flaunted some imagined privilege, deserved his fate, and that it should be a lesson to all people of his class and race?

As dreadful as this Warmbier case is, it is paradigmatic of the totalitarian behavior of states at war. Legally, the US and North Korea are still at war. Thus does everything become justified. This is true not just in this terror state. Every state uses war as the reason to trample human rights.

It’s a form of identity politics taken to a different level.

New details are emerging from the CIA’s torture program that was active from 2002 to 2009, along with the testimony of two psychologists who ran the program out of a secret prison. Their private company was paid $81 million to apply “enhanced interrogation techniques” to detainees.

This too sounds like a scene from dystopia. What immediately came to my mind when hearing of the techniques (which included the use of insects) was the trained psychologist/torturer known as Scarecrow from Batman Begins.

Waterboarding is only the most famous. Techniques included this one for sleep deprivation, in the words of one of the psychologists:

“There is a tether anchored to the ceiling in the center of the detention cell. The detainee has handcuffs and they’re attached to the tether in a way that they can’t lie down or rest against a wall. They’re monitored to make sure they don’t get edema if they hang on the cuffs too much.”

What useful information came out of this program, which US taxpayers paid for? Nothing, so far as anyone knows, but it is likely that hundreds of lives were ruined, to say nothing of the countless lives lost in the wars of those years. The blowback of a growing army of dedicated terrorists is not hard to predict.

And yet you don’t have to look for small-time pundits to find a defense of these actions. They were overtly defended at the highest levels by Dick Cheney, John McCain, the head of the CIA itself, and the sitting President of the United States.

Their statements are backed by partisan supporters who believe that being from the wrong country and holding to the wrong religion is sufficient reason to rob a person of basic human rights. It’s a form of identity politics taken to a different level. It’s a game everyone plays.

At some point we must say: enough. And this applies not only to the left but also to the alt-right, which daily fills up Twitter with rhetoric placing all blame for all that is wrong with the world on blacks, women, Muslims, intellectuals, or whatever.

Elections are contests of will to gain access to the levers of power to use against your enemy.

There is always someone to cast into the outer darkness, human beings deemed unworthy of rights, people who should be gassed or tossed out of helicopters or exterminated. Every month for several years now, it has gotten worse.

And the problem afflicts not only these extremist voices. Even mainstream politics these days consists mostly of accusations of how the bad group is hurting the good group, how the bad class or race needs to be brought down so that the good class and race can be raised up. Elections are no longer peaceful transitions of managers but contests of will to gain access to the levers of power to use against your enemy.

Whatever happened to the old liberal ideal that people can and should live in harmony? This ideal gave rise to freedom as the enabling political and social template of a flourishing life. Every human being matters. Everyone has rights. Everyone has value. Dignity should belong to all.

In such divided times, it is incumbent on all decent and civilized people to lay down the weapons we wield against each other.

The seeming loss of this dream – at least as regards politics – is the outgrowth of how government serves to divide and conquer. As in The Hunger Games, the players are so wrapped up in playing the game they are given that they forget to look up and out and see that there is a common enemy that is responsible for all this division in the first place.

Which brings us back to Otto. the egregious crime that led to his death had one cause: totalitarian government power. Anyone, regardless of race or class or gender etc., who suffers under such an evil deserves every bit of sympathy from every civilized person. It is true all over the world and even in your home town.

Whenever the violence of the state is brought to bear against the innocent, it surely qualifies among the peccata clamantia, sins that cry out to the heavens for vengeance.

In such divided times, it is incumbent on all decent and civilized people to lay down the weapons we wield against each other and recognize a truth that so many want to ignore: it is only the power of the state that can legally commit such crimes and expect acquiescence from its subjects. The government that did this to this man operated under the cover of its own legal apparatus of compulsion and coercion.

The state is not the answer at all, but the cruelest possible monster that masquerades as the solution to the problems of its own making.

What you see is that the state is not the answer at all, but the cruelest possible monster that masquerades as the solution to the problems of its own making.

Otto is a martyr in so many ways. May his death be a reminder to us all that we are all united in a common interest in freedom from the forces extant in the world that took away his life.