Government is now taxing lap dances. What does it mean?

Image courtesy of StockSnap on Pixabay

As anyone who’s ever stepped into a “gentlemen’s club” knows, lap dances can get pretty pricey. But owners of an Illinois strip joint believe the nearly $2 million tax bill they received for lap dance services provided is a bit much.

Court records show that proprietors of Polekatz Gentlemen's Club, a strip club in Bridgeview, Illinois, a suburb of Chicago, are suing Cook County, alleging its revenue department is illegally demanding $1.7 million for lap dances under its “amusement tax.” That figure includes interest and penalties, according to The Cook County Record.

What Are Amusement Taxes?

Some people may not be familiar with “amusement taxes,” which are relatively new.

In fact, in the late 1970s, when this writer was born, amusement taxes were almost non-existent, accounting for just $120 million in aggregate revenue among the 90,000 government units in the US. But as state and local governments grew (see below), so did their need to find tax revenues to sustain them. 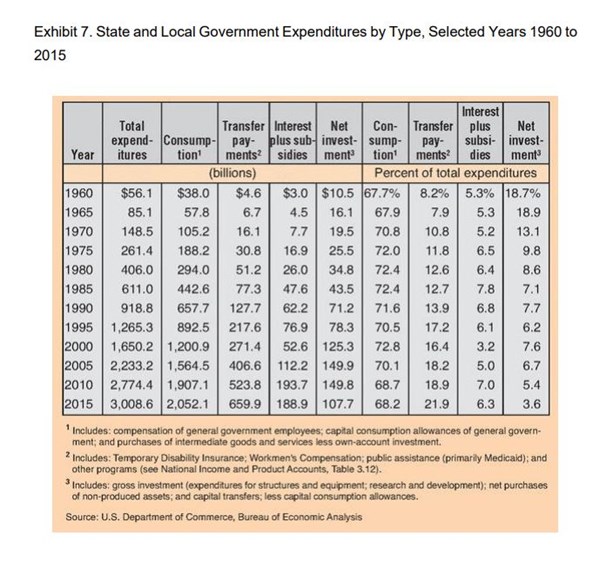 By 1997, amusement tax revenue had increased more than tenfold to nearly $1.95 billion, according to the data website Statista. Less than a decade later, the figure had tripled to more than $6 billion nationwide (see graph below).

Still, compared to sin taxes, which exceeded $32 billion in state revenue alone in 2014, amusement taxes are rare—outside of Illinois, that is. 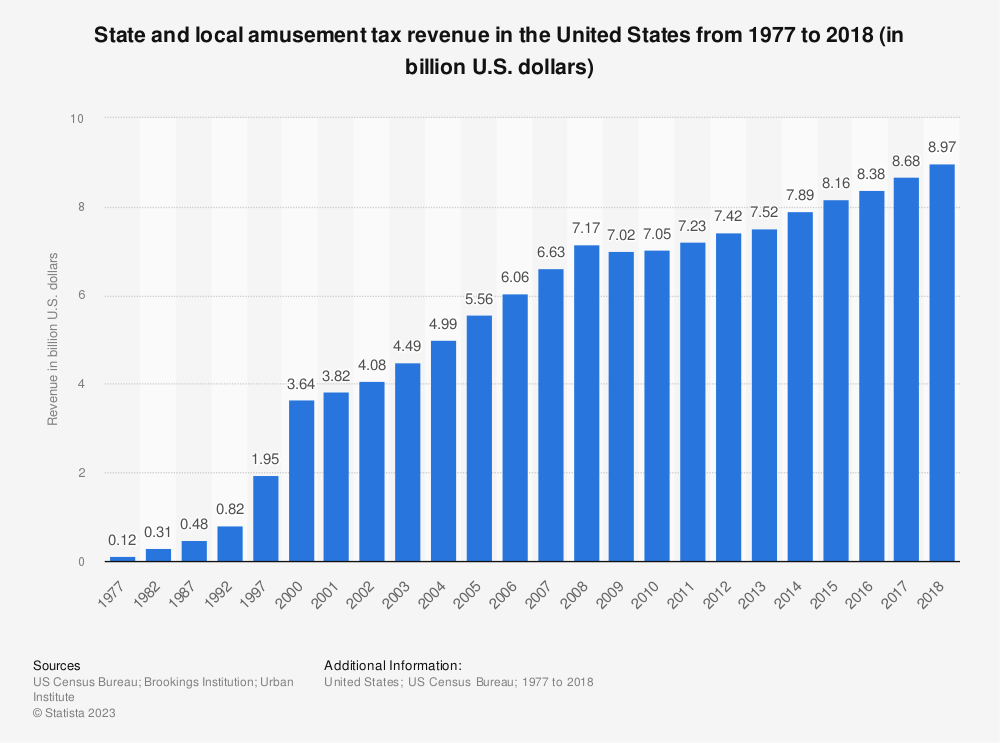 The Land of Lincoln has been perhaps the nation’s boldest pioneer on the amusement tax front. While Chicago’s 2015 ruling, which expanded the amusement tax to cover streaming services such as Netflix and Hulu (and has since landed on Playstation users), has captured most of the national headlines, local governments such as Cook County and the city of Bloomington have also found ways to tax fun.

In fact, this isn’t the first time Illinois has been accused of illegally taxing strip joints (which are natural targets for revenue-hungry public do-gooders) with an amusement tax.

More than a decade ago, the 1st District Appellate Court in Chicago said that Chicago and Cook County ran afoul of the law with their amusement tax on strip clubs. Lawmakers had exempted live performances from the tax but failed to include establishments offering nude dancing, prompting a three-judge panel to rule that the tax constituted “content-based regulations on speech.”

Illinois politicians and bureaucrats have learned a few things since then, however. The language of Cook County’s current law (and Chicago’s) is much more inclusive. Amusement is defined as follows:

Unlike Cook County’s previous amusement tax, strip clubs do not appear to be unfairly or unlawfully targeted. Polekatz, located about a dozen miles southwest of the Chicago Loop, is simply one of hundreds of Cook County businesses designated an “amusement operator;" therefore, the club is unlikely to receive legal protection on free expression grounds.

Polekatz’s legal strategy appears to reflect this. According to the Cook County Record, Polekatz is not arguing that the amusement tax is unconstitutional. Rather, they say the nearly $1.7 million tax bill they received is “excessive.”

All Taxes Are Created Equal

To most people, the idea of taxing lap dances sounds as absurd as courts deciding if stripping is a form of artistic expression, as one New York strip club argued in 2012 in the hopes of getting a tax exemption. (In the end, after several years of litigation, a New York judge concluded that pole dancing is art; lap dances are not.)

The truth is amusement taxes and sin taxes are equally awful.

Indeed, the idea of taxing amusement sounds a little strange to us. People are generally more comfortable with “sin” taxes, which tax naughty things like cigarettes and alcohol. But the truth is amusement taxes and sin taxes are equally awful. We give lawmakers too much credit if we assume they want or know what’s best for us.

If anything, the rise of amusement taxes illustrates an important truth: Government really doesn’t care what they tax. They’ll tax anything—work, play, or “sin”—if it sustains their ravenous appetite for spending, which is precisely the case with Illinois.

“America’s Most Messed up State”

The political and economic dysfunction in Illinois is well-chronicled.

In 2017, as Illinois appeared poised to become the first US state with a “junk” credit rating, CNN ran an article explaining how Illinois became “America's most messed-up state.”

That Illinois is on the verge of economic disaster is hardly a secret.

“We’re not Greece or Puerto Rico yet,” Adam Schuster, an economist with the Illinois Policy Institute, told The Weekly Standard in October. “We’re not functionally insolvent. But we’re right on the doorstep.”

The city’s plan? Borrow another $10 billion.

But it’s not just the state government that’s a total mess. As City Journal recently reported, Chicago finds itself facing an incredible $28 billion pension gap, not to mention another $9 billion in outstanding debt owed to general-obligation bondholders.

The city’s plan? Borrow another $10 billion through a bond offering (despite the fact the city’s bonds are already rated as “junk.”)

The Power to Destroy

It’s no mystery why the people of Illinois find themselves in this mess. Lawmakers are making extravagant promises to give people things with other people’s money. Amusement taxes are just the latest and most convenient device to help them achieve this, though hardly sufficient.

Illinois gives proof to Chief Justice John Marshall’s famous axiom: The power to tax is the power to destroy. Fortunately, the Founders created a system that allows Americans to vote with their feet, which evidence suggests many are doing. New census data show an exodus from tax-punishing states is underway.

So, if Illinois residents decide taxes on their lap dances are just a bit too creepy, they have the freedom to say enough is enough.