Camden’s Success Was Achieved by De-Unionizing, Not Defunding

If Camden’s experiment has taught us anything, it’s that we shouldn’t shy from creative, even radical approaches to policing.

A movement to “defund the police” is afoot following the high-profile death of George Floyd, a 46-year old Minneapolis man whose death at the hands of Minneapolis police on Memorial Day sparked nationwide protests and rioting.

It’s unclear precisely what “defund the police” is supposed to mean. Or rather, it seems to mean different things to different people.

There is a pretty big difference between dismantling police departments and reforming them. While there’s nothing wrong with entertaining both ideas, including both positions under the “defund the police” banner has added to the confusion surrounding the movement.

Regardless of the name, there is evidence that a “defund the police” approach that falls between these two scenarios could actually work for many crime-ridden cities.

Camden: A “Defund” Model? Not exactly

Camden, New Jersey is suddenly in the national spotlight. As others have reported in recent days, this city of 77,000 located off the Delaware River in 2012 moved to dissolve its police department.

There were manifold reasons the city took this decisive and unusual action, Essentially, Camden’s police force was corrupt, overpaid, and highly ineffective.

In 2012, Camden had a staggering 67 homicides even though it had just 50,000 residents. Its murder rate was 12 percent higher than the national average. In October of that year, the FBI announced the city had the highest violent crime per capita of cities with more than 50,000 residents, passing Flint, Michigan.

A recent CNN story points out that it was not just high crime that plagued the city.

“Police corruption was at the core [of the problem],” CNN’s Scottie Andrew reported. “Lawsuits filed against the department uncovered that officers routinely planted evidence on suspects, fabricated reports and committed perjury. After the corruption was exposed, courts overturned the convictions of 88 people, the ACLU reported in 2013.”

So in May 2013, the Camden City Council officially approved resolutions to dissolve its police department. This did not mean policing stopped in Camden, however. Responsibilities were assumed by the newly established Camden County Police Department, which rehired many of the same officers.

Seven years later, the results have been encouraging. The crime rate has fallen from 79 per 1,000 to just 44 per 1,000, data show. Violent crime has plunged 42 percent. Camden no longer appears on most of those scary lists that rank America’s most dangerous cities.

CNN’s story attributes most of the success to changes in policing.

Louis Cappelli, a spokesman for the new department, describes the new "community-oriented policing" tactics the department uses to build relationships with the community. The approach emphasizes “partnership and problem-solving over violence and punishment.” Officers grill hot dogs and jump rope in the community. New cops introduce themselves by knocking on doors. Use of force protocols have been tightened and conflict escalation is discouraged in police training.

The changes Cappelli describes are no doubt one of the ingredients in Cambden’s secret sauce of police reform, but CNN and most of the other recent reports miss a key point.

You wouldn't know it from reading CNN’s story, but Camden’s police force today is actually bigger than it was in 2012 when it was dissolved.

Various media reports (and Wikipedia) put the size of the Camden County Police Force at a little over 400. When the city’s police force was dissolved in 2012, it had 273 officers, according to a 2012 New York Times story. (Which it couldn’t afford to pay.)

This is no accident. As Times reported, the reason the city’s police department was dissolved was so more police officers could be hired.

The police acknowledge that they have all but ceded these streets to crime, with murders on track to break records this year. And now, in a desperate move to regain control, city officials are planning to disband the Police Department.

The reason, officials say, is that generous union contracts have made it financially impossible to keep enough officers on the street.

The word “union” never appears in CNN’s story. But deunionization was a central component if not the raison d'etre for dissolving the city’s police force.

Union contracts had made it all but impossible for the city to run an effective police department. Generous sick time and family-leave provisions resulted in a dysfunctional department with an extraordinary high absentee rate.

According to the Times, “every day, nearly 30 percent of the force does not show up.” (This rate was at least triple the national average.)

Combined with generous fringe benefits, the average cost was $182,168 per officer.

“At that monopoly price, poor Camden could afford to employ just 175 cops, and during peak nighttime crime hours only a dozen might be on patrol,” observed Stephen Walter, chief economist at the Maryland Public Policy Institute, in National Review.

These perks, which even union officials acknowledged were excessive, were no doubt great for workers, but the contracts were prohibitively expensive and made it impossible to fix a crumbling, dysfunctional system.

Perhaps even worse are union contracts that prevent police departments from disciplining officers for misconduct.

Walter Olson at the Cato Institute recently compiled a list of research showing similar results from various studies that analyzed law enforcement departments across the country.

The reason police misconduct rises is because unions have proven remarkably effective at shielding officers from disciplinary action through contracts layered with appeals, arbitrators, and reinstatement qualifiers.

“Overall, 156 of the 178 police union contracts examined in this study — around 88 percent — contained at least one provision that could thwart legitimate disciplinary actions against officers engaged in misconduct,” wrote Stephen Rushin in The Duke Law Journal.

Even in the rare occurrence an officer is fired, the officer often does not stay fired. A 2017 Washington Post study found that departments rehire an astonishing number of police officers fired for misconduct.

“In Washington, D.C., for instance, 45 percent of the officers fired for misconduct from 2006 to 2017 were rehired on appeal. In Philadelphia, the share is 62 percent. In San Antonio, it’s 70 percent,” the analysis found.

There’s no question that police unions have been the primary obstacle to reforms that would hold police accountable for misconduct.

Camden: A Model for Reform?

As cities around America look to reform police systems, many are wondering if Camden offers a model. The answer is both yes and no.

On one hand, Camden shows that the first step toward reform is to break the hold unions have held over departments for decades. The goal of police departments, after all, is not to serve officers. It’s to serve communities.

Time and again, however, we’ve seen police unions take the opposite approach of protecting officer perks and officers themselves at all costs. In Minneapolis, for example, since 2012 there have been some 2,600 civilian complaints against police.

“Just a dozen—less than one-half of one percent—led to any form of discipline,” writes Walter at NRO.

While breaking police unions is a step in the right direction, people should not mislead themselves about what it is.

Camden didn’t “defund” or “abolish” police. In fact, the new force is not just bigger—it’s about triple the national average for cities its size.

On the other hand, focusing too much on Camden would also be a mistake. There are no doubt bolder options for reform than simply breaking unions to hire more police.

There’s a compelling argument that America is one of the most over-policed societies in the world. From jay-walking to speeding tickets to underage drinking to petty drug crimes and domestic squabbles, a lot of policing we could probably do without.

Shrinking departments and streaming responsibilities to allow police to focus on more serious crimes might yield surprising results. There are also many options beyond traditional policing worthy of exploration, from debundling to privatization.

If Camden’s experiment has taught us anything, it’s that we shouldn’t shy from creative, even radical approaches to policing. The American experiment, after all, was one built on the idea of self-governance, not policing.

Early in the American Revolution, the Irish statesman and philosopher Edmund Burke observed that many in England were shocked that the American colonies, which shunned taxation, did not fall into anarchy without magistrates and governors.

“What Americans understood was that order arose from many sources in society and not just political government,” Hans Eicholz explained in a 2001 article in The Freeman. “It was through the various avenues of custom, rational self-interest, faith, and fellow feeling that individuals acquired the capacity for personal self-government.”

It’s a lesson many Americans seem to have forgotten, but would do well to relearn. 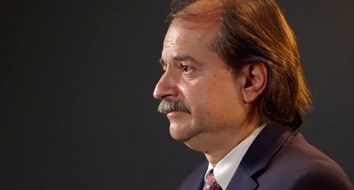 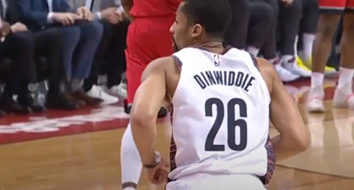 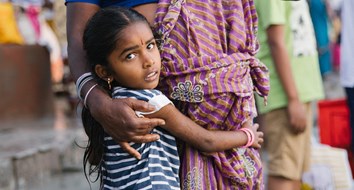 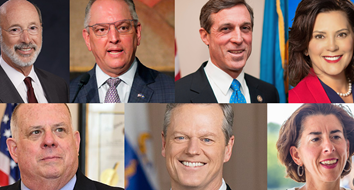