Workers in California should be free to choose their own adventures. 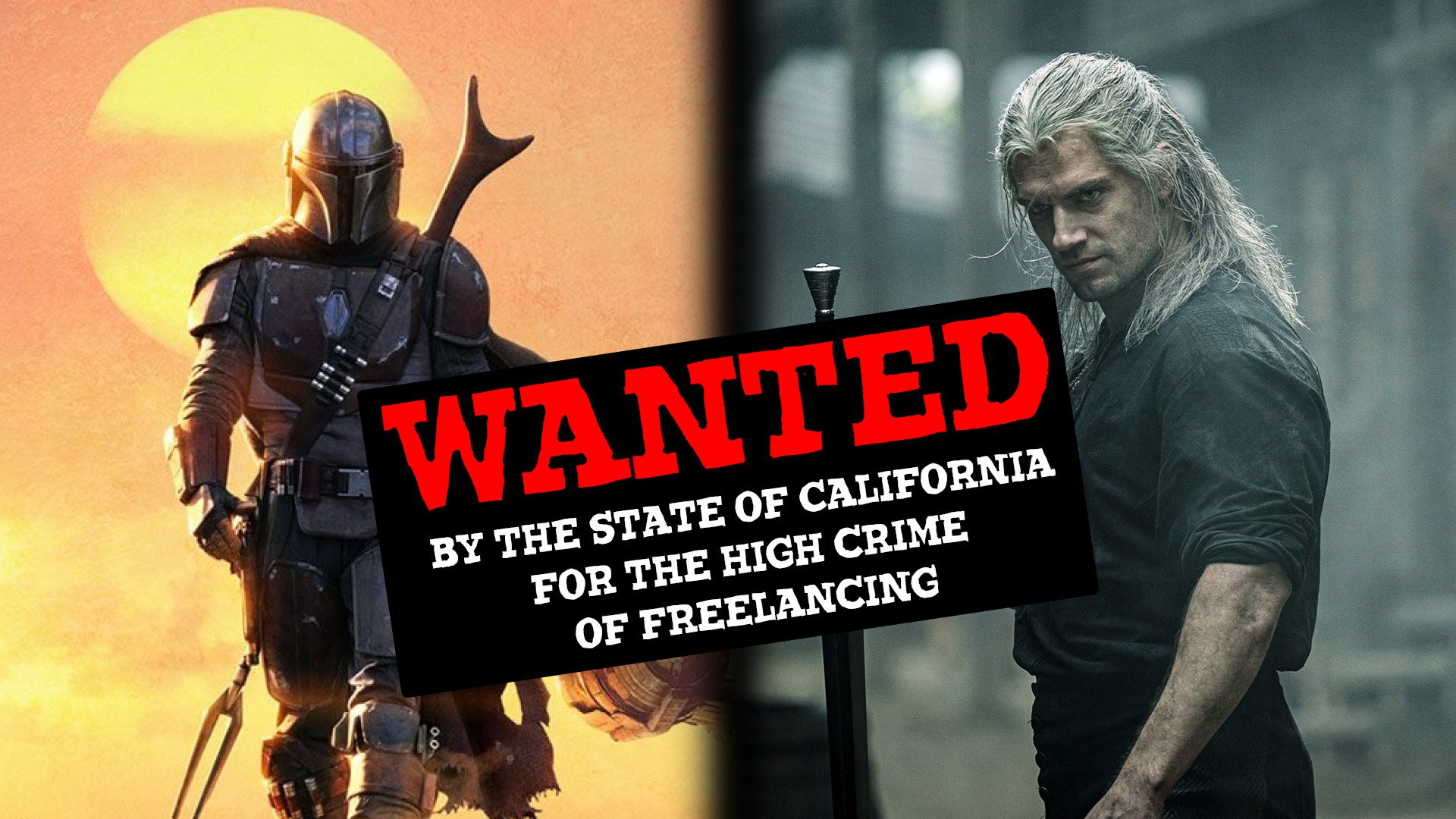 Two of the most popular shows streaming today are The Mandalorian on Disney+ and The Witcher on Netflix. In just the week of December 22 to December 28, both shows together amassed a staggering 242 million streams.

What do these smash hits have in common? Both feature heroes who are basically freelancers.

In The Mandalorian, the title character (nicknamed Mando) is a bounty hunter who works, and gets paid, on a case-by-case basis for specific contracts. He’s a member of a bounty hunting guild, which is not his “employer,” but rather a cross between a credentialing association and a job board.

In The Witcher, the title character is Geralt of Rivia, a monster hunter for hire who roams the Continent, clearing out dangerous beasts that threaten the lives and livelihoods of others. Sometimes the contract is offered by the local nobility, sometimes it comes directly from the common folk. Witchers also have a guild that credentials its members.

In the cases of both Mando and Geralt, the scope of their work is narrowly defined, and the obligation to their clients lasts only as long as it takes to fulfill the contracts. They’re both free to take as many or as few contracts as they like.

If the California legislature ruled the Outer Rim or the Continent, Mando and Geralt would be outlaws.

It’s ironic that both of these shows about heroic freelancers are produced, at least in part, in California, where freelancing has been severely restricted by Assembly Bill 5 (AB5), which went into effect January 1. (Many other states are following suit.) The law redefines “employee” in a way that makes freelance work nearly impossible. If the California legislature ruled the Outer Rim or the Continent, Mando and Geralt would be outlaws.

AB5 was promoted as a way to regulate the “gig economy,” especially work arranged through on-demand apps like Uber, Lyft, and Taskrabbit. But it impacted freelancing in general, which is far, far older than the internet.

In fact, freelancing has been around since it involved actual lances. “Free lances” originally referred to lance-wielding medieval knights who fought for hire. They were renegades in a feudal system in which most knights were “unfree lances,” bound to lifelong service to a particular lord.

Modern freelancers are generally less stabby than mercenary knights, but the basic idea is the same. They control who they work for, what kind of work they do, when, and where. They can "fire" a client without having to find a new job, just by not taking on the next contract or project.

Audiences have been fascinated by stories of freelance heroes since long before the Mandalorian and the Witcher stalked onto our screens. Mando is a sci-fi version of the Old West “hired gun” so often lionized in film. And many westerns, in turn, were inspired by samurai films in which the hero was a “ronin,” a “masterless” samurai in feudal Japan.

Sherlock Holmes called himself a “consulting detective” in Sir Arthur Conan Doyle’s novels and their screen adaptations. And the genre of noir fiction largely centers around the hardboiled private investigator.

Why are such rogues so compelling?

For those who crave self-determination and adventure over the slog for security, it’s the chance of a lifetime.

Freelance heroes are exciting because of their independence. They are the masters of their own destinies. They are free to pass on any particular gig/mission/adventure. This gives them the freedom to set their own standards and craft their own lives with greater autonomy.

That’s also what real-world freelancers like about contract work. They are willing to give up some of the security of standard employment (predictable income, health insurance, retirement benefits) in exchange for independence. They aren’t relying on someone else to give them fulfilling work, and they aren’t limited by someone else’s choices.

Independent contractors and freelancers can grow their businesses and increase their cash flow whenever they choose, or they can hit pause for an afternoon or a year to travel or care for a loved one. It’s no surprise that women, who face higher care duties in the home, and people with disabilities make up disproportionate numbers of freelancers.

For those who crave self-determination and adventure over the slog for security, it’s the chance of a lifetime.

But that chance is now closed for Californians. Like an overprotective parent, the government of California wants to clamp down on independence and entrepreneurship in favor of a hyper-regulated economy where everyone answers to a boss. Self-employed workers are losing their livelihoods so lawmakers can offer workers “protection” they never asked for.

"Almost a decade of hard work, gone in an instant. I can't stop crying," lamented one freelancer on Twitter.

Another summarized, “California, you’re breaking my heart (and taking my money).”

Like the Mandalorian and the Witcher, Californians should be free to choose their own adventures.

Check out the #AB5Stories and #AB5 hashtags on Twitter for an endless stream of such reports. (Warning: there's a fair amount of strong language used.)

Thousands are being cut from longtime contracts and tossed by otherwise-eager clients who can’t keep freelancers under the law’s new dictates. A small percentage were hired as part-time employees (arrangements they didn’t otherwise choose), while the rest were simply fired.

Under AB5, freelance writers are subject to a ridiculous cap of 35 articles per year at any single publisher. One writer tweeted, “35 submissions a year? I have to write 80 a month to support myself.”

When writers who lost contracts with Vox Media told AB5’s sponsor about their troubles, the lawmaker said those “were never good jobs,” and the loss was limited to “contractors who don’t want a job.” The fact that until recently they had jobs, with the freedom to work where and when they wish and never do unpaid overtime, didn’t seem to matter.

It’s worth noting that the bill’s sponsor, a lawyer, included an exemption for her own profession and a dozen others with the political juice to get one while arbitrarily rendering all other such arrangements illegal. The real beneficiaries of the law—powerful labor unions—just cut their small-business competition off at the knees.

Many who built their own businesses and had a “job” on their own terms will no longer be allowed to have them, or the flexibility and autonomy they offered. All in the name of “protecting workers.”

Worker independence has come a long way since the feudal days of vassal knights and serfs. But AB5 is a giant step backward, forcing workers into a position of greater dependence and less autonomy. Like the Mandalorian and the Witcher, Californians should be free to choose their own adventures.