I'm Skeptical About the Prospects for Bitcoin 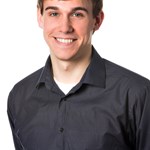 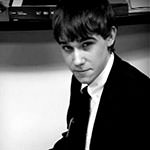 Since its debut, bitcoin (BTC) has taken the libertarian and tech communities by storm. Hailed as everything from the money of tomorrow to the stake in the heart of the Federal Reserve, enthusiasts and early adopters have praised the decentralized, open source, peer-to-peer digital currency. Meanwhile, an increasing number of users and businesses have jumped on the bandwagon (or roller coaster) that is the bitcoin phenomenon.

While there is much to admire and appreciate about this intriguing new technology, some proponents may have overstated their cases and downplayed the challenges it faces. A realistic look reveals several reasons to be skeptical that bitcoin is really the answer to inflationary monetary policy, chaotic financial markets, or the overbearing State.

The reason is erratic price fluctuations: During the last year, it has gone through several major crashes, often losing half of its value (or more) over the course of a day or two before clawing its way back. Its most recent correction, beginning earlier this month, has driven its price down by more than 20 percent.

This volatility poses serious liabilities for anyone using the cryptocurrency. Making long-term contracts, keeping your books in order, or simply trying to figure out whether you’ll have made a profit by the close of business become monumental challenges.

It also isn’t clear how often bitcoins are being used to purchase actual goods and services, rather than being traded for other currencies. While every bitcoin transaction is recorded and visible on the blockchain, no one knows what proportion of the 50,000 to 60,000 daily transactions signify purchases in the real economy.

Given that BTC is behaving more like a speculative investment than a standard currency, its current price could bear little relationship to its long-term value or fundamentals. This is probably inevitable, and no fair criticism could say it “ought” to be behaving like established currencies. Concerns about its volatility, velocity, and vulnerability are all potentially answerable. But they should still give us pause before we invest at $1,000 per bitcoin.

Fundamentally, the question isn’t so much whether bitcoin is money, but whether its fundamentals are such that it can become so in the future. This depends on a variety of factors, including the public’s willingness to give up the predictability of dollars and governments’ willingness to tolerate encroachment on areas they have traditionally controlled.

Many bitcoin enthusiasts seem sanguine about the issue of regulation, arguing that governments can’t easily shut it down, while also pointing out that, to the degree it is successful, it directly undermines the effectiveness of monetary policy, financial regulation, tax collection, and vice laws. If there’s one thing I know about governments, it is that they do not appreciate being undermined. If they perceive BTC to be a threat, a variety of policies could impede its use and destroy its value.

Beyond this, there’s good reason to think that the most valuable aspect of bitcoin is not the currency, but its core design as a payment system. The peer-to-peer network circumvents the need for third-party intermediaries, like Visa or PayPal, to transfer currency. For very low fees, paid out by the system to users who validate the transactions and add them to the blockchain, users can move as much money as they want, anywhere in the world.

While bitcoins are virtual assets that you can buy and exchange for things, bitcoin is not merely that. Its basic protocol has the potential to become “the Internet of money.” In much the same way that the decentralized Internet surpassed prior centralized communication networks, allowing innovative applications to be developed without requiring upgrades to the  whole system or permission from a central authority, the BTC protocol permits unrestricted innovation to thrive on top of its basic transfer system. It has many potential applications, including contract enforcement, notarization, micropayments, and much else.

But while the bitcoin system may be analogous to the Internet in 1998, you cannot buy shares of Internet protocols. You can only buy tech stocks, and the question is whether BTC currency is like Google—or like Pets.com. In order to buy into bitcoin as a currency, you need to buy into a lot of assumptions that are hard to prove. You need to assume that its current price reflects its long-term value; that governments won’t regulate it out of existence; that BTC’s price won’t decline due to competition from newer cryptocurrencies; that its arbitrary cap of 21 million total coins and built-in deflationary pressures are optimal monetary rules; and that deflation won’t lead to hoarding.

Prediction is hard, especially (as Yogi Berra said) when it’s about the future, and prophesying about markets or technology is a fool’s errand. I don’t know if BTC is a bubble, but I do know that most new technologies don’t work on the first attempt. Innovation, like entrepreneurship, is the lifeblood of the market economy, but most new businesses do fail. We need people who are willing to take risks, try new ideas, and, yes, sometimes go broke in order to challenge the status quo. This process of trial and error is how the market discovers what works, and we should applaud those who, with eyes wide open, are willing to risk their investments on new ideas.

The ideas that transform our lives tend to be ones that are copied, adapted, and subjected to brutal competition. Success for bitcoin will occur if its innovative model helps transform how our familiar institutions, like payment processing and even national currencies, change and progress in the 21st century. In that respect, bitcoin is likely to be more evolutionary than revolutionary—but that’s precisely what we need.

Daniel Bier is the executive editor of The Skeptical Libertarian. He writes on issues relating to science, skepticism, and economic freedom, focusing on the role of evolution in social and economic development.

I'm Hopeful About the Prospects for Bitcoin 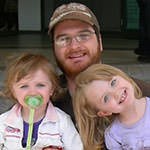 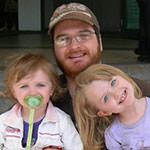 Bitcoin fills a gaping hole in the Internet. It’s not just a digital currency; bitcoin is a new Internet protocol that allows value to be transferred electronically without trusting third parties or centralized institutions. Let me explain why this process is revolutionary.

Internet protocols determine how our electronic devices communicate with the rest of the world, and they allow us to electronically replicate how we physically interact with each other. We can send messages, share files, do voice and video chat, or visit websites by using different protocols. But one essential interaction has been notably absent: trade. To engage in trade online, we’ve taken old systems, such as the banking infrastructure and credit cards, and tried to force them into a system for which they were never envisioned.

This arrangement has resulted in fraud on a massive scale (see Target), has excluded millions of people from trade who have Internet access but no access to banks or credit, and has given centralized institutions control over how money flows online (ask WikiLeaks donors).

Bitcoin finally frees trade on the Internet from the old systems. Sending money is now as fundamental a part of the Internet as sending a message over email. This accomplishment was no simple feat; the creation of bitcoin by the mysterious Satoshi Nakamoto solved two significant problems in computer science: the Byzantine Generals problem and the double spending problem. Until bitcoin solved these problems, it was impossible to use digital money that wasn’t controlled by a single organization, such as PayPal.

It’s not important to understand the technical details of how bitcoin works in order to use it, just like you don’t need to understand how HTTP works to visit a website. The code and cryptography that make bitcoin tick are open source—meaning anyone can review them—and the network is open for anyone to join. This system works, and you don’t have to take my word for it. Just look at the numbers.

Bitcoin started at the beginning of 2009. In January 2011, the average number of transactions per day was still below a thousand. Bitcoin was primarily a curiosity of tech enthusiasts. Since then, bitcoin has seen explosive growth, averaging around 70,000 transactions per day in recent months. The price has risen from pennies per coin to several hundreds of dollars per coin. Tens of thousands of merchants, including recent large additions such as TigerDirect and Overstock.com, now accept bitcoin. The numbers of wallets and new users are continually growing, along with a bevy of other positive signs you can find at interesting websites such as Bitcoin Pulse.

Why do I have such optimism that this growth will continue? Developers—some of the leading innovators of our age—are flocking to bitcoin. The number of bitcoin-related projects on GitHub, the leading online hub for new programming projects, grew from 700 at the beginning of 2013 to 2,500 at this beginning of this year. This rapid increase in the number of projects signals that the developer community is trying to bring bitcoin out of its infancy and into widespread use. Any one of these 2,500 projects or the hundreds more started each month could be a “killer app” that makes bitcoin indispensable to the average user. Programmable money has finally arrived.

I’ve focused on the technological breakthrough of the bitcoin protocol as the reason I’m hopeful for its future, but I’d be remiss not to mention the monetary breakthrough as well. Nation-states and their central banks derive significant benefits from issuing fiat currency and forcing citizens to use it. Now anyone in the world with Internet access has another alternative, and this currency cannot be devalued through the printing presses or seized from bank accounts to pay for governments’ excesses.

A few more reasons to expect wider adoption in the future: Accepting bitcoin is cheaper for merchants than using other payments systems, with fees typically at or below 1 percent compared to the 3 percent to 5 percent typical for credit cards. There is no permission required to use bitcoin, unlike banks or credit card networks, which require standards that billions of people in the world can’t meet or don’t have access to. Transactions aren’t anonymous, but they aren’t directly tied to your identity either. This characteristic gives bitcoin users more privacy than credit cards or banks do (but less than cash does) and no opportunity for merchants or banks to leak personal information leading to fraudulent charges or identity theft.

As Satoshi said in the original paper that started it all, “We have proposed a system for electronic transactions without relying on trust.” For the first time since the digital age began, you can now make an electronic transaction without trusting in central banks, traditional banks, the regulatory apparatus of nation-states and the payment processors that are bound by them. A technological innovation so profound is certain to have a bright future.

Sam Patterson is the author of Bitcoin Beginner.

Sam Patterson is a husband, father, and tech enthusiast in Virginia.