Are AR-15 Rifles a Public Safety Threat? Here's What the Data Say

Is it true that the AR-15, a popular firearm owned by millions of Americans, is a unique threat to public safety? 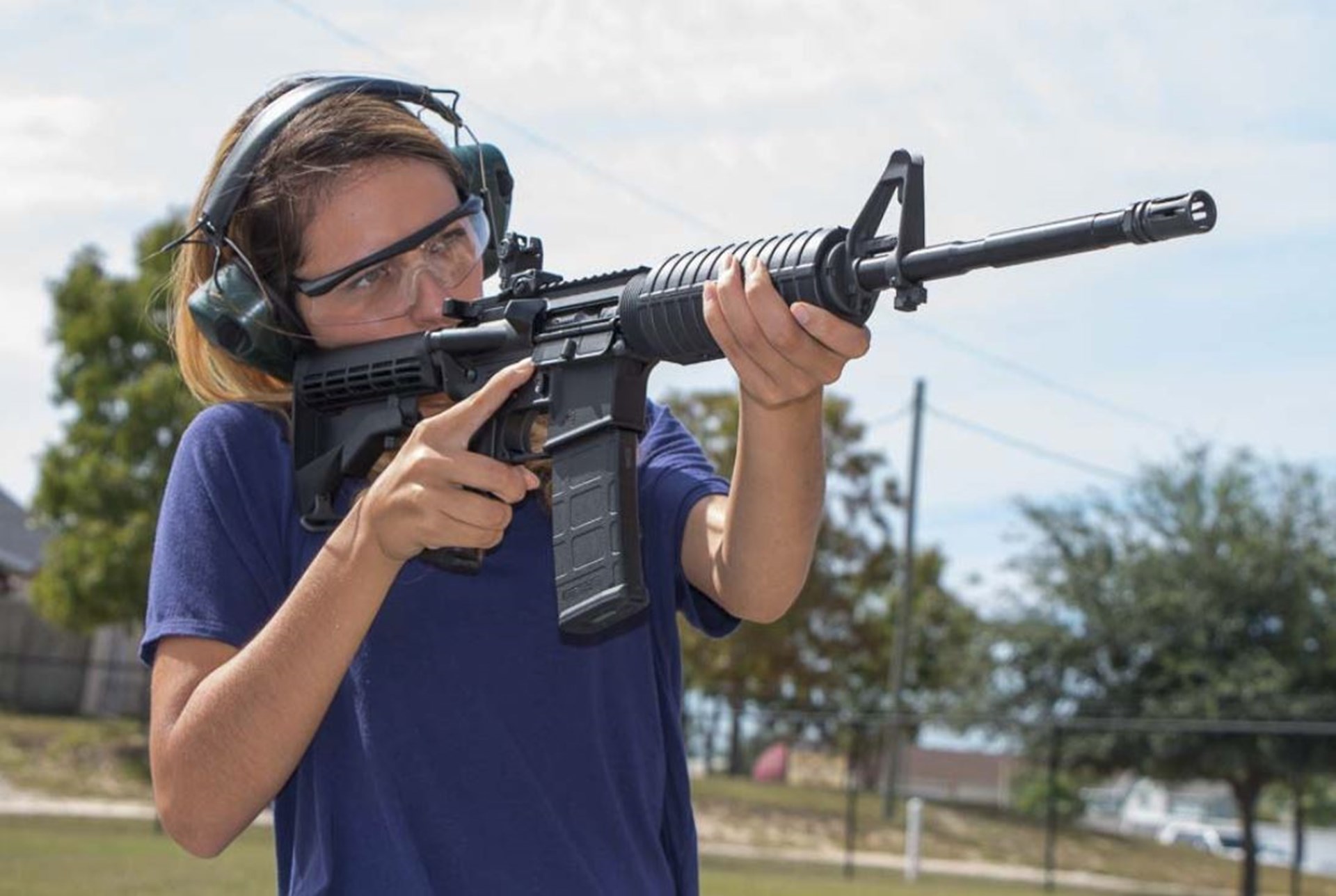 From Parkland, Florida, to San Bernardino, California, the semi-automatic AR-15 rifle and its variants have seemingly become the weapons of choice for mass shooters in the United States.

Many people simply cannot believe that regular civilians should be able to legally own so-called “weapons of war,” which they believe should only be in the hands of the military.

According to Pew Research, for example, 81 percent of Democrats and even 50 percent of Republicans believe the federal government should ban “assault-style rifles” like the AR-15. Given the massive amount of carnage AR-15s and similar rifles have caused, it makes sense that the civilian population simply cannot be trusted to own such weapons, right?

Perhaps, but is it really true that the AR-15, a popular firearm owned by millions of Americans, is a unique threat to public safety, so dangerous that it deserves to be banned or even confiscated by the federal government?

It cannot be emphasized enough that any homicide is a tragedy, but in order to get a sense of how dangerous to public safety “assault-style” rifles are, it’s useful to compare their usage in homicide to other methods.

The Center for Disease Control (CDC) and the Federal Bureau of Investigation (FBI) are the two authoritative sources for homicide statistics in the United States.

According to the Bureau of Justice Statistics (BJS), the CDC reports “produce more accurate homicide trends at the national level” because they capture less under-reporting than the FBI statistics.

However, the homicide data recorded by the CDC includes all homicides committed by civilians regardless of criminal intent. The FBI data instead focuses on intentional homicides (i.e murder) known to law enforcement and excludes non-negligent homicide (i.e manslaughter.)

According to the BJS, the FBI data is “better suited for understanding the circumstances surrounding homicide incidents.” This is especially true given that the FBI, but not the CDC, records the type of firearm used in a given homicide. For the purposes of this analysis, the data from the FBI will be used.

There are two further limitations of FBI data worth noting.

Firstly, the FBI reports do not look at “assault-style” rifles specifically, but rather, murders involving all types of rifles, whether they are committed with an AR-15 or a hunting rifle.

Between 2007 and 2017, nearly 1,700 people were murdered with a knife or sharp object per year. That’s almost four times the number of people murdered by an assailant with any sort of rifle.

Secondly, each year there are a few thousand homicide cases where the type of firearm used goes unreported to the FBI. This means that some murders listed under “unknown firearm” may, in fact, be rifle murders.

To account for this under-reporting, we will extrapolate from rifles’ share of firearm murders where the type of weapon is known in order to estimate the number of “unknown” firearms that were in actuality rifle homicides.

If we take the time to look at the raw data provided by the FBI, we find that all rifles, not just “assault-style rifles,” constitute on average 340 homicides per year from 2007 through 2017 (see Figure 1.). When we adjust these numbers to take under-reporting into account, that number rises to an average of 439 per year.

Figure 2 compares rifle homicides to homicides with other non-firearm weapons. Believe it or not, between 2007 and 2017, nearly 1,700 people were murdered with a knife or sharp object per year. That’s almost four times the number of people murdered by an assailant with any sort of rifle.

Figure 1. The Relative and Absolute Frequency of Rifle Homicides 2007-2017 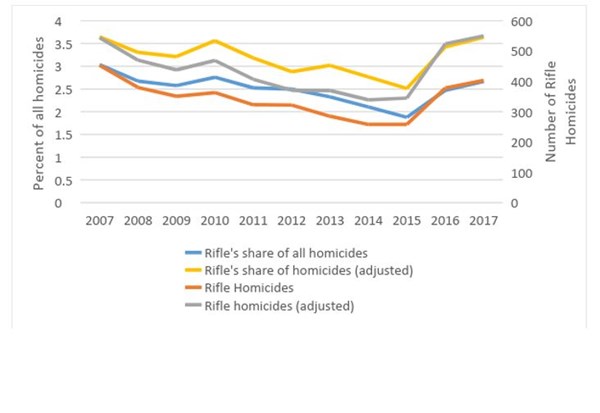 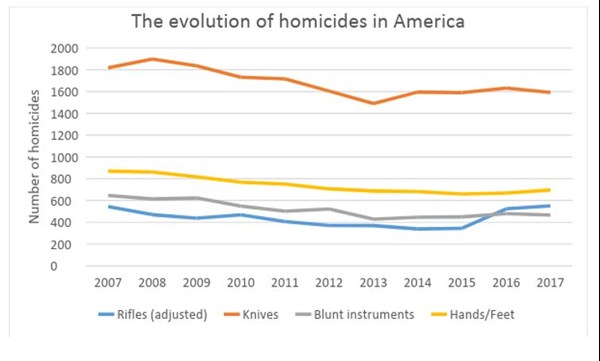 In any given year, for every person murdered with a rifle, there are 15 murdered with handguns, 1.7 with hands or fists, and 1.2 with blunt instruments. In fact, homicides with any sort of rifle represent a mere 3.2 percent of all homicides on average over the past decade.

Given that the FBI statistics pertain to all rifles, the homicide frequency of “assault-style” rifles like the AR-15 is necessarily lesser still, as such firearms compose a fraction of all the rifles used in crime.

According to a New York Times analysis, since 2007, at least “173 people have been killed in mass shootings in the United States involving AR-15s.”

That’s 173 over a span of a decade, with an average of 17 homicides per year. To put this in perspective, consider that at this rate it would take almost one-hundred years of mass shootings with AR-15s to produce the same number of homicide victims that knives and sharp objects produce in one year.

Mass shootings involving rifles like the AR-15 can produce dozens of victims at one time, and combined with extensive media coverage of these events, many people have been led to believe that such rifles pose a significant threat to public safety.

However, such shootings are extremely rare, and a look at the FBI data informs us that homicide with these types of rifles represents an extremely small fraction of overall homicide violence. Banning or confiscating such firearms from the civilian population would likely produce little to no reduction in violent crime rates in America.