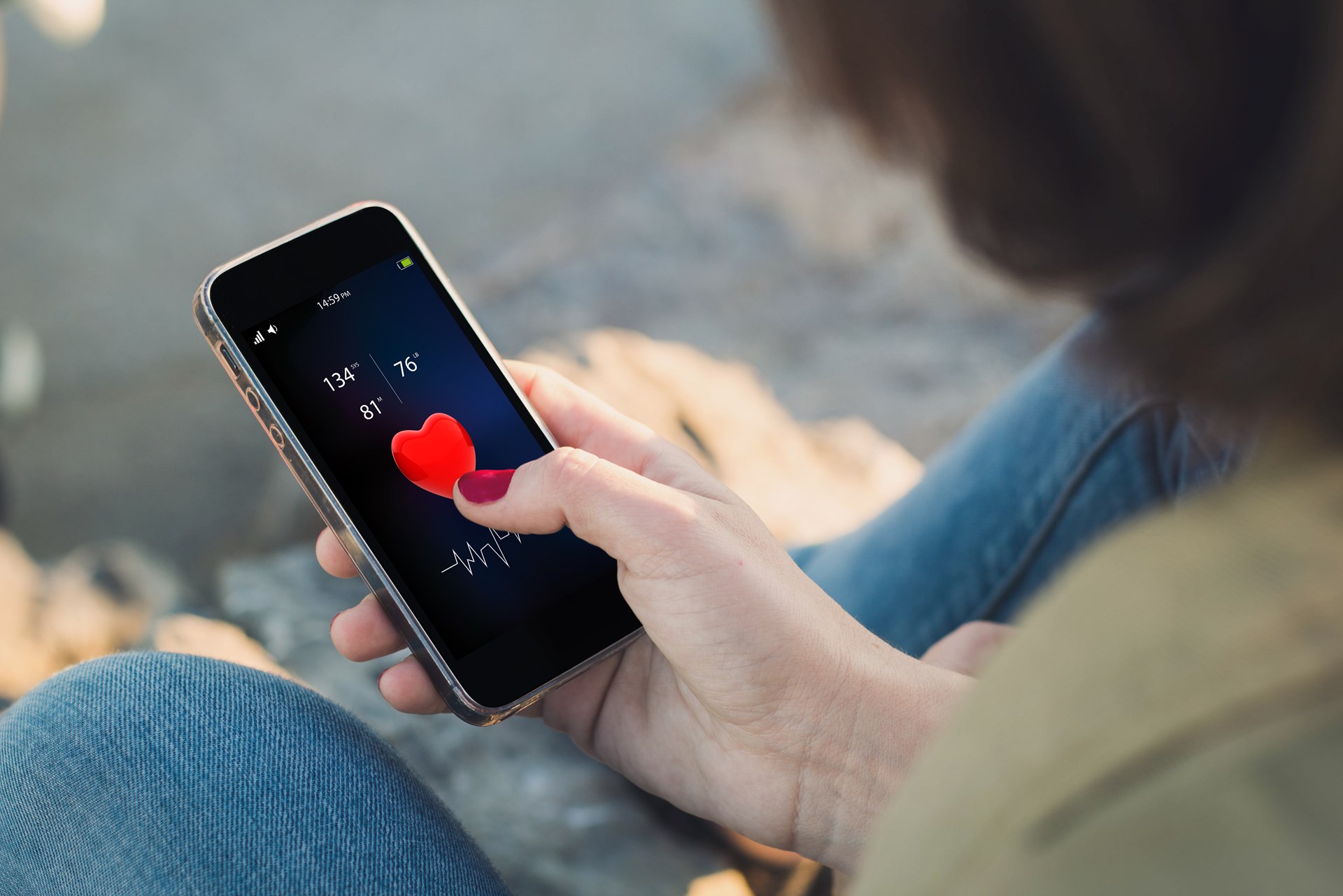 When you think about “digital health apps,” you probably envision a millennial guy pitching his new app aimed at other millennials to a bunch of old dudes at a venture capital firm. But that’s not what I see. I see innovators helping to patch up an expensive-yet-hole-ridden social safety net.

Despite spending trillions, the federal government still can’t figure out how to make sure Americans can afford their healthcare. Millions of Americans either can’t afford insurance, or still can’t afford basic care despite paying for insurance. Obamacare outlawed basic plans, while forcing more Americans to buy insurance or pay fines. The result was entirely predictable. Health insurance is even more expensive now than it was before the law.

Not only do Medicaid and Medicare provide inadequate care, but they have also set up perverse incentives which further diminish quality of care and increase costs for all patients.

So while the US government dithers and then makes the problem worse, here are six ways apps are helping low-income Americans stay healthy:

1. Helping the Uninsured See the Doctor

And you have to get there, which costs you lost wages unless you have paid sick time. And that assumes you have transportation and the energy to get out of bed.

AmWell (iOS and Android) offers convenient, low-cost care from wherever you are. The app lets you video chat with a doctor or nurse practitioner who can diagnose, prescribe, and give advice for $49 at most.

Nine out of 10 visits to New York state hospital ERs were unnecessary, according to researchers. After examining 6.4 million visits in 2013, they found that more than two million visits could have been avoided or treated elsewhere. There’s no reason to go to the ER for ear infections, sinus infections, and sore throats.

So why are people choosing the ER over the doctor’s office? Especially for low-income Americans, cost informs their decision, according to research from the Robert Wood Johnson Foundation and the U.S. Department of Veterans Affairs. For some, Medicare or Medicaid picks up the tab. Others just skip out on the bill entirely. Some people prefer the convenience and quality of the ER over the reduced-price clinics they’d otherwise have to use. That’s where AmWell could be helpful.

There are at least 11 apps, most of them free, the rest low-cost, aimed at helping patients take their medications correctly and on time.

While some people choose the ER over a regular doctor, many unnecessary ER visits result from people just not knowing whether their injuries need immediate attention.

iTriage (iOS and Android) was created by two ER doctors to help reduce unnecessary ER visits by offering sound medical advice to help you make an accurate self-assessment. And if you do need in-person treatment immediately, it gives you information on cost and wait times for local ERs. And it stores your medical records.

First Aid by the American Red Cross (iOS and Android) is a free app that does much the same, offering guides for how to respond to medical emergencies including choking and burns that are pre-loaded, so you don’t need an internet connection to access the data.

Anyone who’s been depressed knows that it can take a lot to just get out of bed, much less find a mental health professional who takes your insurance, make an appointment with them, and drive to their office when the day finally arrives.

And then you have to pay for it. While the government requires private insurers to cover mental health at about the same cost to consumers as regular healthcare, it exempted Medicare. And the uninsured can just about forget it.

In 2014 almost 40% of “severely” mentally ill adults, people with conditions such as schizophrenia, received no treatment in the previous year. Untreated mental illness costs the US at least $444 billion per year in medical care, disability payments, and lost productivity.

Doctor on Demand (iOS and Android) follows the same model as AmWell, offering video chats with a doctor for a $40 flat rate, regardless of your insurance situation. One thing Doctor on Demand has over AmWell is that it offers mental health consultations for as little as $50.

Optimism (iOS) is a free app that helps you track and manage your mental health. While the gold standard might be seeing a counselor every week to track your progress, it can also be great to get more granular data. Optimism prompts you to record your mood and your circumstances at set intervals. The app then analyzes your data to reveal patterns such as events that tend to trigger negative or positive emotions. It’s also capable of alerting you when your mental health may be declining, enabling early intervention. It also offers advice and suggests coping mechanisms.

When, in their wisdom, the Centers for Medicare & Medicaid Services (CMS) started incentivizing doctors to move from paper to electronic health records, EHR software companies saw gold in them thar hills. Unfortunately, our bureaucratic friends didn’t think to incentivize EHR software companies to build EHR software that talks to other EHR software. Which is ironic, since the single biggest benefit to digitizing information is making it easier to use and share.

Winning apps end up helping everyone as innovators invest in scaling their successful med tech.

The codeword for the clusterfrick is “interoperability,” and it’s a massive source of pain in the medical profession.

The solution? An app, of course. Well, a few. But one such app is MyChart (iOS or Android).

MyChart is exactly what it sounds like. It gives you your chart, including the medications you’re taking and have taken, your immunization history, and your lab results, so you can give it to your next doctor. This is especially important for low-income Americans, who tend to both have more trouble finding and keeping a primary care doctor and who tend to have more long-term health problems, making it especially important for their doctors to have access to their health histories. It also saves them money in copays and deductibles for redundant tests and treatments.

Text4Baby texts expectant mothers information about prenatal care, labor, breastfeeding, developmental milestones, and vaccines at the appropriate intervals based on where they are in their pregnancies.

This free app will send texts in English or Spanish. Half of the approximately one million women the app has helped make less than $16,000 per year.

6. Helping People Take their Medications On Time and in the Right Dose

Medication adherence is a $300 billion problem and one of the leading causes for hospital readmission. Language barriers hinder effective communication between doctors and patients. The fact that doctors tend to spend as little time as possible with patients, and spend the majority of that tiny bit of time looking at a computer screen, exacerbates the situation. Low-education and high stress can make understanding complex instructions and remembering when to take what a challenge.

There are at least 11 apps, most of them free, the rest low-cost, aimed at helping patients take their medications correctly and on time.

After decades of government meddling in the market for health insurance, perverse incentives have jacked up the cost of even routine healthcare beyond what ordinary Americans can afford on their own.

Not only are low-income Americans shuttled into second-rate healthcare systems, but until now they’ve not had the information, status, or opportunity to easily access high-quality healthcare.

While it’s true that most “digital health” app innovation “really is targeted at solving problems for wealthy individuals,” says Veenu Aulakh, Executive Director of the Center for Care Innovations, an Oakland-based nonprofit that works to improve health care for underserved patients.

“What if we could harness the energy of the larger innovation sector for some of these really critical issues facing vulnerable populations in this country?"

Yes, innovation usually starts at the top, solving problems for an elite so privileged that they can afford to try out new tech which might or might not be worth it. But winning apps end up helping everyone as innovators invest in scaling their successful med tech. Unfortunately with government the opposite usually happens. Programs aimed at providing for low-income Americans, like Obamacare, end up mostly helping health insurers.

Venture funding for the digital health industry is estimated at $4.5 billion in 2015. The healthcare.gov website alone cost taxpayers over $2 billion.

When it comes to who’s helping Americans afford their healthcare, don’t look to the guys in suits in Washington, look at the guys in hoodies in the San Francisco Bay.