The plight of American farmers is making headlines as many retaliatory tariffs seem to be intended to damage Trump by hurting his supporters in rural America. Many understand the implications that tariffs have on consumers, but domestic producers—the very people tariffs are intended to protect—suffer from tariffs, as well. 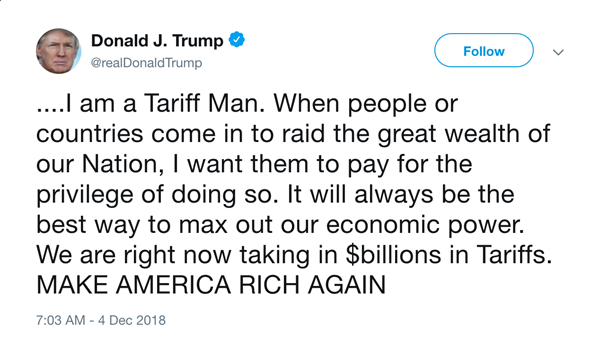 Self-described as a “Tariff Man,” though a far cry from an economic superhero, President Trump has been outspoken about his desire to punish China for theft of intellectual property. Furthermore, the president wishes to revitalize America’s manufacturing industry and balance the trade deficit.

For over a year, China-US relations have been dominated by the trade war.

Threats from both countries came to a peak just a few weeks ago when trade negotiations in Washington, DC, ended unsuccessfully, and President Trump subsequently increased tariffs from 10 to 25 percent on $200 billion worth of imports. Lighting fixtures, toilet paper, backpacks, and Christmas tree lights are just a few of the goods that will now be subject to tariffs, and American consumers will undoubtedly pay a portion, if not the greater portion, of these new taxes.

Additionally—and to no economist’s surprise—China followed suit days later with tariffs on “roughly $60 billion worth of US goods… including American cotton, machinery, grains and aircraft parts. More than 4,000 items were affected, most of which will carry tariffs of 25 percent—up from ten percent when they were levied last September,” CNN reported.

Some of those most affected by retaliatory tariffs are farmers, whose international markets have been decimated by the trade war. In August 2018, the Department of Agriculture responded to farmers’ (warranted) outrage over international trade obstacles and announced that it would pay an estimated $5 billion to farmers in order to “offset losses from global trade disputes.”

But one Iowan farmer expressed his concern that these payments would be insufficient to make up for the loss in sales. “This payment isn’t going to save anybody’s life,” Mike Paustian told The Wall Street Journal. “It’ll soften the blow a little bit.”

America’s top commodity exports include soybeans, corn, and wheat. As shown in Figure 1, prices for these commodities have been falling for about 10 years, and this has been a real setback for farmers. Furthermore, farmers face high equipment costs (due to the tariffs on imported steel), as well as higher fertilizer costs.

Historically, China has been a top importer of soybeans; in 2017 the Chinese purchased “57% of all U.S. soybeans that were exported, more than eight times the total sold to Mexico, the next-biggest buyer by quantity,” The Wall Street Journal has reported. With the Chinese market for US soybeans depleted because of the tariffs, farmers face a harsh problem: will the rest of the world buy the leftover soybeans—and at what price?

China’s soybean imports “plunged 62% in the first 10 months of 2018 compared with year-earlier levels.” The following figure, published by The Wall Street Journal, depicts the massive amount of soybean market share lost in China’s market. American soybean farmers will struggle while the Chinese market is virtually cut off and other nations' demand for soybeans is insufficient.

But it’s not just soybean producers affected by retaliatory tariffs, and it’s not just China that’s involved in the trade war, though, as America’s greatest trade partner, China is perhaps the most vocal and has the greatest potential to hurt the US economy. Last year, Mexico raised tariffs on US dairy products in “… response to tariffs the U.S. placed on Mexican steel and aluminum.”

Dairy farmers aggressively expanded their herds three years ago when milk prices were driven up by growing demand from middle-class consumers in North America, Asia and other markets.

But overproduction, combined with trade disputes with Canada, contributed to dairy surpluses even then.

The situation remains dire, and while every trade war has its casualties, Rep. Mike Gallagher of Wisconsin says, “Wisconsin farmers are caught in the crossfire.”

The government hasn’t left struggling farmers without aid. The US Department of Agriculture estimated that by the end of last year, around $9.6 billion was paid out to tariff-troubled farmers. Payments in 2019 will total an additional $15 billion.

The Trump Administration could likely be preparing to play the long game by demonstrating its support for farmers and providing financial stability during intense market uncertainty. But consolation payments made to farmers can’t replace income, and

[e]ven with the program in place last year, net farm income fell over 16% in 2018 and has been hovering near levels last seen during the recession of a decade ago.

The government is buying up crops for food assistance programs and promoting US agricultural exports in other international markets, but farmers still worry about the long run. The president of the National Farmers Union, Roger Johnson, “… said he welcomed the payments. But US farmers and agricultural companies, he said, will contend for years with the fallout from this year’s trade disputes," The Wall Street Journal reported. “We’re no longer a reliable trading partner,” he said. “This is a longterm (sic) problem we’ve created.”

Clearly, some farmers are unwilling to suffer in the short term for Trump’s trade war.

Payments to farmers by the US government could be considered the equivalent of putting a band-aid on a broken arm: well-intended, of course, but certainly not the optimal solution. For those whose livelihoods depend on international markets, the trade war is more than a mere negotiation tactic. Senator Tammy Baldwin (WI-D) put it well when she said, “Our farmers need good trade deals, not trade wars.”

Consumers benefit from increased international competition for commodities, and producers benefit from improved technology that furthers their production capabilities. The ideal resolution for all involved is the removal of trade barriers and institution of simple trade agreements with negligible exemptions. 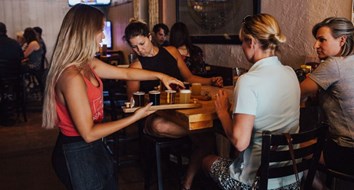 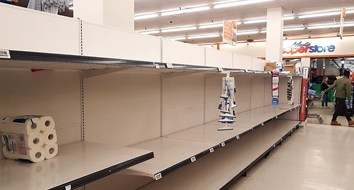