In Students of Liberty, Leonard Read drew out the superiority of a society whose organizing principle is virtue voluntarily acted out in practical terms with those we interact with over one organized around coercion backed by the threat of violence.

2020 has been a year notable for violence, threats of violence, and governments who fail to even try to perform their central function of keeping the peace. It seems that basic virtues which enable a peaceful, productive society are being substantially and progressively crowded out by coercion backed by violence, whether mob violence or that directed by government to enforce edicts that outpace their legitimate duties.

That suggests we should give more consideration to the differences between social coordination based on the virtues of voluntary arrangements and that based on coercion, which atrophies the muscles of virtue.

Leonard Read, FEE’s founder, thought long and hard about this distinction. But perhaps his most insightful discussion came in his 1950 work Students of Liberty, a booklet that framed the discussion in terms of violence versus love.

As we celebrate the 70th anniversary of this classic work, and Americans contemplate our current elections, the ideas presented in that work are worth revisiting.

A citizen is compelled to give of the fruits of his labor to meet…”needs” of others. Freedom of choice as to what he does with his own capital and income (property) is denied him. Freedom of choice gives way to the dictation of an authority…backed by brute force.

The government’s claim becomes the first lien on everything a citizen owns.

The reason that most of us do not think of government coercion as meaning obedience under penalty of death is because we…acquiesce before the ultimate meaning of compulsion is realized.

Here…government was strictly limited…there was a minimum of organized violence.

Restriction and destruction by government, to be useful, must be confined to that which is bad: fraud, private violence, conspiracy, and theft or other predatory practices…in the original plan, all creative functions were to be carried on by such voluntary, cooperative, and competitive elements as the population contained. Government was to be confined to the protection of personal liberty.

Aggressive coercion…How this brute force can be used and be considered moral, except to restrain violence otherwise initiated, is beyond my capacities to reason.

As a private citizen, the predatory person is only one among millions. As an agent of government he becomes one over millions.

I have no faith, whatever, in any “good” that can come from these measures based on violence.

The political means…is…communalization by force, or legal thievery. It is simply the political device by which citizens pool their votes to extort the fruits of the labor of others.

Communalization by violence…[can] destroy the society from which it derives its parasitical existence.

The cause of our ills is a reliance on the principle of violence.

When we as citizens turn over to the state an item in the responsibility for our welfare, the state assumes a proportionate authority over our lives.

The alternative to violence is love. ..the application of the kindly virtues in human relations such as tolerance, charity, good sportsmanship, the right of another to his views, integrity, the practice of not doing to others what you would not have them do to you, and other attributes which result in mutual trust, voluntary cooperation, and justice…Why, then, don’t we be done with violence?

We practice the principle of love in most of the aspects of our daily lives without recognizing it... But where violence once takes the place of love, most of us seem to…conclude that love has forever been ruled out as possible…aid on a voluntary basis has been all but forgotten.

This would be a better world if a trend away from violence could be begun and a trend toward love initiated.

Love prospers only in liberty. It generates and grows among free men…As violence begets violence so does one personal act of kindness beget another.

Authority over one’s own actions is lost precisely in the degree that responsibility is shifted to someone else…Self-improvement [is] the only practical course that there is to a greater liberty.

Understanding liberty is knowing how to live in a condition where voluntary efforts will be at the maximum, and the use of force against persons at the minimum.

Present-day talk and writing…for the most part is an argument for the rearrangement of the rules of violence…[But] progress is possible only when human energy is freed of restraint.

Once the reliance on self is removed, once the responsibility for a portion of our being has been assumed by another…we cease to think about or apply our ingenuity to the activities thus transferred…Creative thought is abandoned by man as a free and…creative agent, and assumed by man as an agent of coercion.

In Students of Liberty, Leonard Read drew out the superiority of a society whose organizing principle is virtue voluntarily acted out in practical terms with those we interact with over one organized around coercion backed by the threat of violence. Unfortunately, we have been moving down the wrong path.

Read’s insights can help us reverse course, which is crucial because the alternative is ominous: “The principle of love prospers in a condition of liberty…the principle of violence is destructive of ourselves, of civilization, and of mankind.” 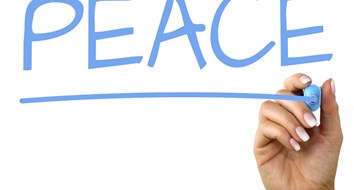